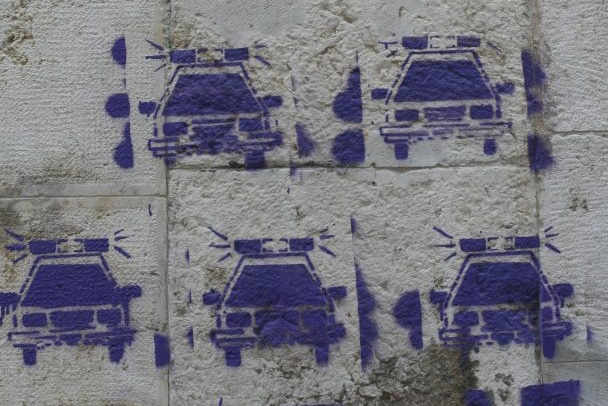 Most people who think of themselves as progressive in the imperialist countries of North America and Western Europe, continue to believe the right wing opposition version of events in Nicaragua in 2018. A great many also accept some version of the right wing opposition account of the crisis in Venezuela. One obvious reason they do so is because they foolishly trust demonstrably false reports from undeservedly prestigious Western NGOs and incessant phony coverage in liberal and progressive news media.

A more disturbing reason is their deep, unacknowledged class-based affinity to racist imperialist sadism informing the way they assign roles to those they think deserve a defense and those who do not. The paradox of this perverse rationality is the way most Western progressives justify their bogus claims to moral authority with self-deceiving avowals of support for human rights, freedom and justice. It bears repeating that, in fact, they persistently make grossly unfair, often self-evidently false accusations and then deny their victims the right to any defense.

Their self-righteous injustice then validates mass human rights violations by their imperialist governments, inflicting suffering on whole peoples via often illegal sanctions. From Iraq to Venezuela via Libya and Syria, Western progressives have ratified their governments’ economic warfare against practically defenseless people. They have validated anti-humanitarian administrative, commercial and financial sanctions all backed up by the threat of illegal military aggression.

At an individual level a similar process has been inflicted on individuals who resist imperialist crimes both in their own countries and overseas, the most scandalous recent high-profile example being Julian Assange. In the case of political prisoners like Julian Assange, Mumia Abu Jamal, Leonard Peltier and many, many others, very few prominent individuals speak out. The general liberal or social democrat consensus has been either that they got the defense they deserve or they deserve no defense worth the name.

The French writer Elsa Dorlin has written cogently about this motif of defense and self-defense, linking it to racism and colonialism in the context of horrific punitive sadism. That motif is clearly at work in relation to aggressive Western efforts to destabilize countries like Bolivia, Cuba, Nicaragua and Venezuela refusing to obey the dictates of the NATO powers, Canada, the US, the European Union and its leading member states. The motif also operates at an institutional level via the dishonest reports of essentially corrupt officials like Michelle Bachelet in the UN and Luis Almagro in the Organization of American States.

Bachelet and Almagro are corrupt because they blatantly repay political favors to the US authorities in return for having been US sponsored shoo ins for their respective posts. They have their counterparts in the managers of leading Western NGOs who generally collaborate intimately with corporate interests so as to hijack the global human rights and environmental agenda against the interests of the majority world, as expressed for example in UN forums by the Group of 77. Those corrupt institutional instances meld into a coherent structure of repressive domestic control and menacing overseas aggression via endless repetition of self-serving falsehoods in Western propaganda media and news outlets, both corporate and alternative.

In the case of Nicaragua and Venezuela, their governments and presidents are deemed indefensible and thus receive no defense. Daniel Ortega and Nicolas Maduro are falsely accused of every kind of crime while salient, basic facts in their defense are either falsified or completely omitted. Self-evident contradictions in the accusations against them are muted. The obvious example is the phony charge of violent repression of peaceful protests, despite armed protesters undeniably wounding and killing numerous police officers in Nicaragua and Venezuela with no corresponding invocation of emergency powers like curfews or a state of siege.

By contrast, little or no condemnation is made of genuine lethal military and police repression of peaceful protests in Ecuador and Chile while Bachelet and Almagro both condemned what there was of protesters’ violence, which neither of them did in the case of wholesale opposition violence in Nicaragua or Venezuela. Bachelet and Almagro’s imperialist patrons ensure a defense for right wing governments sympathetic to the US and European Union, but exclude any defense for socialist inspired governments who fail to do what the imperialists want. In Latin America, this applies in more than just the sense that Bolivia, Cuba, Nicaragua and Venezuela get denied a defense against false accusations.

Cuba and Venezuela are also denied any defense against sadistic aggression seeking to starve their peoples, deny them health care and steal their wealth. Bolivia, Cuba, Nicaragua and Venezuela have won tremendous moral victories at the UN and in other international forums. But, given Western control of the global economy, they are practically defenseless against sadistic economic aggression imposed on their peoples by the US and its allies. It is no accident that simultaneously right now in Latin America practically every right wing government is in crisis as their peoples confirm longstanding rejection of the US allied elites’ regional agenda.

Military curfews or states of siege have been imposed recently in Guatemala, Ecuador and Chile, with the army deployed to control protests. Western powers give these countries’ right wing governments the benefit of the doubt despite them being guilty as charged. However, as in Cuba and Venezuela, the peoples of Latin America get no defense against predatory imperialist country demands and impositions. The US and its European allies intervene in Latin American countries’ internal affairs so as to defend the privileges of allied right wing elites and deny those countries’ impoverished majorities a defense against deliberate systematic economic injustice.

Ever since World War Two the peoples of North America and Western Europe have accepted domestic prosperity as the trade off for their countries’ continued looting of the majority world. The most notorious expression of this tacit deal was perhaps the French Communist Party’s support in 1956 for so-called “special powers” facilitating massacres and tortures by the French army in Algeria. As that imperialist domestic pact now breaks up, most Western progressives, while unable to defend their own majority populations, seem more willing than ever to attack governments defending their peoples, like those in Venezuela and Nicaragua.

The motif of defense and self-defense is especially apparent in relation to policy on climate change. Progressives in North America and Europe generally accept corporate treatment of the developing climate crisis that camouflages the Western elites’ class war against their own peoples and the majority world. To defend their class interests, Western progressives generally collaborate with their corporate elites, advocating intervention in impoverished majority world countries, effectively denying those countries’ peoples a legitimate sovereign defense against poverty and inequality. The inherent self-justifying sadism of these behaviors is beyond dispute.

Equally disturbing is the sinister comedy of most Western progressives’ disabling pseudo-curiosity, negating the revolutionary success of countries like Bolivia, Cuba, Nicaragua and Venezuela in defending their peoples against Western corporate capitalism. Western progressives could learn a great deal for public policy in their own countries by paying attention to the socially inclusive economic policies of, for example, Nicaragua and Bolivia, or the health and education policies of Cuba and Venezuela. One reason they do not is because they side instinctively with the profane Inquisition consciousness of the West’s sadistic imperialist elites, rather than engaging as equals in the defense strategies of majority world peoples seeking emancipation from the dead grip of that same imperialist Inquisition.