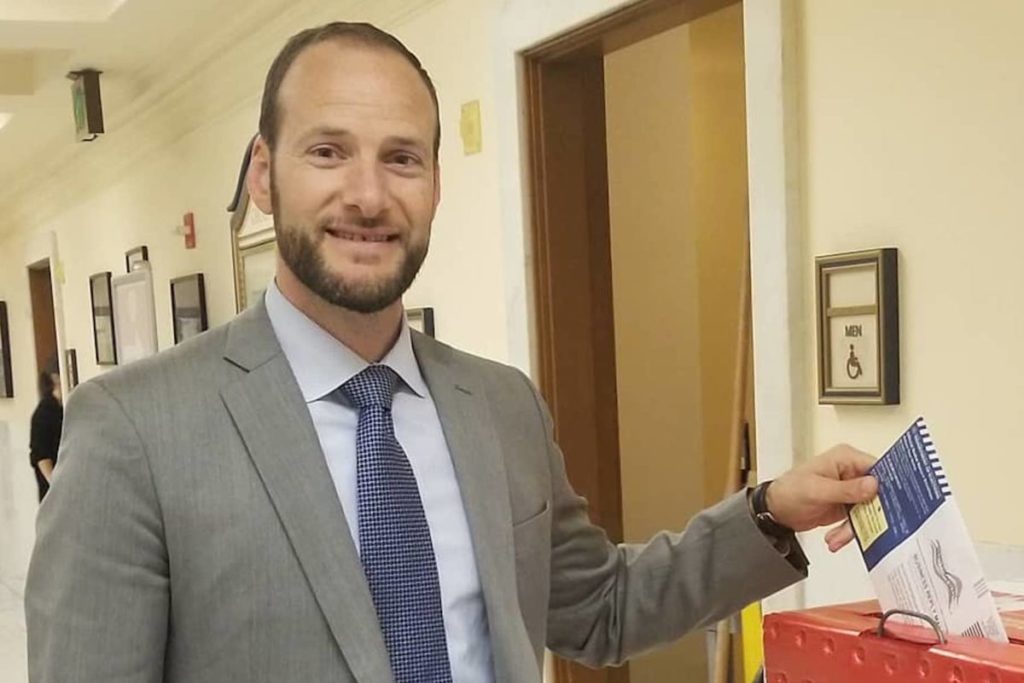 Chesa Boudin is the translator of the Monthly Review Press book, Understanding the Venezuelan Revolution. —Eds.

In a win for the progressive prosecutor movement, deputy public defender Chesa Boudin has declared victory over Interim District Attorney Suzy Loftus in the San Francisco race for DA. Boudin announced he’d won the race late Saturday afternoon following a concession from Loftus, Boudin’s campaign told The Appeal. The election was held on Tuesday, November 5, but it took several days to tabulate the votes. As with most local races in the city, voters can select their first-, second-, and third-place choices in a process called ranked-choice voting.

“The people of San Francisco have sent a powerful and clear message: It’s time for radical change to how we envision justice,” Boudin wrote in a text to The Appeal. “I’m humbled to be a part of this movement that is unwavering in its demand for transformation.”

“I didn’t win the race,” Loftus wrote in a text to The Appeal, “but we won the support of so many San Franciscans who are demanding that our city work more effectively together to build safety.” She congratulated Boudin and said she will “work to ensure a smooth and immediate transition.”

In the last weeks of the election, Loftus and Boudin led the four-candidate pack, which also included Alameda County prosecutor Nancy Tung and Leif Dautch, a deputy attorney general for California. In October, Mayor London Breed, who endorsed Loftus, appointed her to serve as interim DA after George Gascón resigned, affording her, what critics said, was an unfair boost. In addition to Breed, the San Francisco Chronicle, Governor Gavin Newsom, and Senator Dianne Feinstein also endorsed Loftus.

During the campaign, Boudin said he planned to continue the work he did as a deputy public defender to eliminate money bail, and expand alternative to incarceration programs, including for first-time DUI offenses.

Boudin also pledged to implement restorative justice practices, which, he said, helped him cope with the trauma of growing up with incarcerated parents, Weather Underground activists Kathy Boudin and [MR author] David Gilbert []. His parents were convicted for their participation in a robbery in which three people were killed. “I went through a lot of these kinds of challenges that many children with incarcerated parents go through: feelings of guilt and abandonment and anger,” Boudin told The Appeal in January.

During the campaign, Loftus also promised to end cash bail and pledged to prioritize decarceration through alternative to incarceration programs that, as her website states, “address the root causes of crime.” But as interim DA, Loftus has ended a diversion program for those charged with a first-time DUI offense.

“Traffic safety is so important for all of us, particularly given that so many of us have lost a loved one due to someone driving under the influence,” Loftus said in a statement last month. “These deaths are preventable, and prevention starts with people knowing there is accountability when it comes to drinking and driving.”

“It was clear that she was never a reform candidate and her campaign promises are being violated before she has even won the election,” Boudin texted The Appeal on Tuesday.

Much of Loftus’s career has been spent in law enforcement. She was president of the San Francisco Police Commission from 2012 to 2016 and worked under Senator Kamala Harris, a 2020 Democratic presidential hopeful, in both the DA and attorney general’s offices. (Harris tweeted her support on Election Day.) Before serving as interim DA, Loftus was assistant chief legal counsel for Sheriff Vicki Hennessy.

Former police chief Greg Suhr, whom then-Mayor Ed Lee asked to resign in 2016 after several police shootings and mass demonstrations, also supported Loftus. While Loftus was head of the police commission, there were 15 fatal police shootings, according to SFPD data; 10 involved people of color.