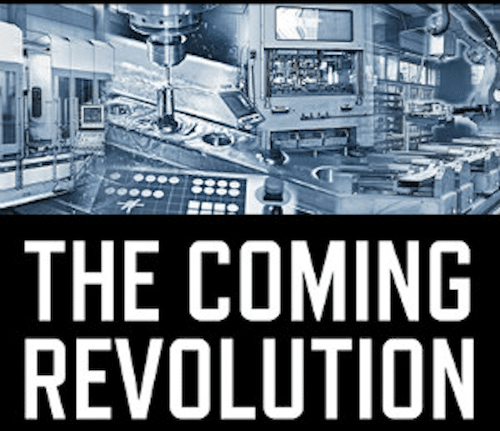 This release from Zero Books has an impressively large scope despite the time-specific title. In this sense, it is a remarkable exercise in Marxist methodology. Over thirteen relatively short chapters, Reynolds manages to cover the way the early printing press transformed the European production model, how twentieth-century automation affected labour around the world, outline a radical socialist ecology, concisely analyse the strengths and weakness of ‘really existing socialist’ projects, propose a model for a revolutionary future, and more.

In many ways, this book reveals itself to be a handbook for Marxists in the twenty-first century in the way it integrates an understanding of the economic forces of the past with an analysis of the present situation and a rallying call for a truly revolutionary approach to the future.

The book is divided into three parts and the first deals essentially with a historical presentation of the production process from the printing press until what Reynolds describes as the ‘radical automation’ of the twenty-first century. He covers the process of post-war monopolisation and how automation led to shifts in the nature of the workforce into less secure kinds of employment all over the developed capitalist world where ‘jobs that once provided a modest share of the country’s wealth to workers were ruthlessly eliminated’ (p.63). The final section of this third of the book is called ‘Leisure, Abundance and Other Good Ideas’ and sees a return to a conception of a socialist society that was more common in the years before the First World War; one in which automation and a mode of production based on planning for need rather than profit would allow labour time to be sensibly shared and thus reduced to a minimum, allowing the workforce greater freedom and time to pursue other activities.

Reynolds elegantly applies the traditional language of contradictions inherent in the capitalist mode of production to the modern landscape of labour’s position in the market. He points out that ‘today, we live in a world where part of the workforce is chronically overworked, while the other part is chronically underemployed or unemployable’ (p.77), and leads us to the basic but fundamental contradiction that ‘capitalism is an economic system that lives off labor, even though its continued development makes labour increasingly obsolete’ (p.78). It is refreshing to note that, despite engaging seriously with the unique features of capitalism as it exists now, Reynolds seems not to get overly caught up in these. He maintains a well-argued perspective on capitalism as having many of the same essential features that it always has and does not try to develop an esoteric vision of a post-capitalist society that cannot be analysed with Marxist terminology.

The middle part of the book is an analysis of contemporary capitalism armed with the groundwork that Reynolds has developed in the previous five chapters. Firstly, though, he provides a remarkably concise introduction to Marxist theory of value in thirty pages which will be useful to those who have read Capital cover to cover, as well as to those who have never read any Marx.

In a chapter on growth, he takes down the effectively imperialist idea that we live in an information age now, and old models based on material production are no longer relevant, by pointing out that ‘the physical objects that make up the nodes and networks of the computer internet system are produced from metals, minerals, and plastic’ and that ‘the actual process of manufacturing these objects is one of the most destructive in human history’ (p.165). Global capital has simply shifted this brutal production process to countries with emerging industrial labour markets that, for now, can be more easily exploited than their domestic labour forces.

In the final section of the book, Reynolds allows the emphasis of the text to shift to something more of a rallying call. He titles the first chapter of this section ‘What is to be done?’ after Lenin’s major pamphlet of 1901. Here he presents what are, in his view, the five crucial elements that any meaningfully revolutionary movement should have at its core. These are as follows:

The demand for mass global debt abolishment is a daring proposal that echoes Thomas Sankara’s refusal to acknowledge the debts held over Burkina Faso by imperialist countries to be legitimate. It truly goes beyond analyses and proposals which see any possibility in reforming capitalism into a humane system. ‘Debt is a system of coercion, designed to transfer the future production of value from those who have little to those who already have too much’ (p.253), Reynolds claims. To understand this is to understand the perversity of capitalist logic.

After an informative examination of the successes and failings of ‘really existing’ socialist societies (mainly the USSR and China), Reynolds moves onto presenting his vision of a ‘communalist’ conception of society in which we ‘build power by rooting our political practice in the everyday struggles of our communities’ (p.292). He is not necessarily proposing anything extremely new, but it is a clearly-presented and well-reasoned argument for conceiving of the revolution as having its organisational roots in ideas of local communes.

Overall, The Coming Revolution is quite remarkable in its clarity, approachability, and breadth. It first presents itself as an unassuming if interesting historical analysis of elements of mechanical development, but grows into a concise text that anyone who seriously wants to see radical socialist change in the world would benefit from reading.