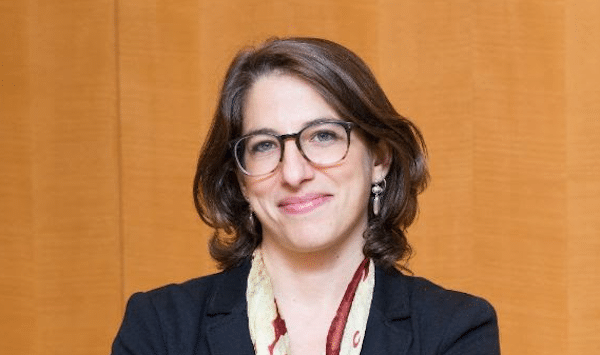 Last week, President Donald Trump issued an executive order requiring federal agencies to use a definition of antisemitism that conflates criticism of Israel with antisemitism when investigating civil rights complaints alleging antisemitism on campus. Critics warn the order will increase the targeting of campaigns in support of Palestinian human rights on university campuses, which risk losing federal funding if they don’t adequately address complaints of antisemitism.

To explain the order and the dangers it poses to human rights activism and free speech on campus, the IMEU offers the following expert Q&A with attorney Dima Khalidi, founder and director of Palestine Legal and Cooperating Counsel with the Center for Constitutional Rights (CCR).

Q – What exactly does the executive order call for and why is it so problematic?
Dima Khalidi – This order requires federal executive departments and agencies to consider a widely contested and distorted definition of antisemitism when investigating allegations of antisemitism under Title VI of the Civil Rights Act. The definition, which Israel and its supports have been pushing for over a decade in Europe and the U.S., falsely equates criticism of Israel with anti-Jewish hate by labeling things like “Denying the Jewish people their right to self-determination, e.g., by claiming that the existence of a State of Israel is a racist endeavor” and “applying double standards by requiring of [Israel] a behavior not expected or demanded of any other democratic nation” as examples of antisemitism. These examples reveal the true purpose of the definition, and the order as a whole: To censor Palestinians’ calls for freedom and equality in all of historic Palestine.

Such censorship not only demeans Palestinians’ agency in determining their own future, it also violates the First Amendment. As Trump himself noted, Congress has refused – two times over the past three years–to pass similar legislation, in large part due to the enormous push back  from civil liberties groups, and even the definition’s original author, who warned of the erosion of First Amendment rights that it would cause. You can imagine that if the highest office in the land can tell us what is and isn’t ok to say when it comes to Palestine and Israel, it is a very slippery slope towards a complete erosion of our civil liberties.

Q – What impact do you think it will have on campuses across the country?
DK – The order sends a message to universities that they risk federal investigations and the loss of federal funding if they don’t censor and punish speech, research, and other advocacy for Palestinian rights that pro-Israel students claim is antisemitic. In effect, it enlists universities as censors of a growing student movement led by Palestinians and their demands for equality and freedom in their homeland in order to avoid federal consequences.

Based on how pro-Israel groups have already attempted to use the definition to censor advocacy, we expect that this order will embolden more complaints to universities and the Department of Education about Palestine activism on campuses, which, in turn, will lead to more investigations of speech activities of students and professors. The intent and effect could be a massive chill on such activism if we don’t challenge the entire premise of the order and its implementation.

Q – It’s obvious that Trump isn’t motivated by a desire to fight anti-Semitism, which he regularly spouts and fuels himself, including most recently in his controversial remarks to the Israeli American Council a couple of weeks ago. Why do you think he’s doing this?
DK – Trump is clearly doing this because some of his closest advisors–Kushner, Adelson and Friedman among them, all of whom are also close with Netanyahu–are invested in destroying the movement for Palestinian rights.

Sadly, Trump also likely understands that falsely accusing human rights activists of antisemitism deflects from the resurgent and deadly antisemitism of the white nationalist base that he has ignited, and whose support he needs to win reelection. So it gives him cover for his own antisemitism and appeases his mega-donors, while letting his base off the hook–a win-win for him.

Q – Can you put the order into the context of the larger war that Israel and its U.S. supporters are waging against the rights of Palestinians and those Americans who support Palestinian freedom?
DK – The tactic of accusing Palestine advocates of antisemitism and using civil rights laws to undermine a human rights movement is just one of many being employed by Israel and its supporters to crush this growing, diverse, grassroots and intersectional movement for Palestinian freedom. We’ve seen McCarthyite efforts to publish blacklists of individuals accusing them not only of antisemitism but also support for terrorism because they speak out for Palestinian rights. Twenty-seven states have passed laws punishing boycotts for Palestinian rights. Dozens of pro-Israel groups are working to file lawsuits aimed at supporters of Palestinian rights, and pressure institutions to censor Palestine speech.

Israel itself, along with billionaires like Sheldon Adelson, Robert Kraft, and Ronald Lauder, are investing tens of millions to make sure that Israel maintains the status quo. The result is an all-out assault on our rights to organize, to speak about, to research, and to try to effect change on this country’s policies towards Israel. Trump’s order merely brings home his commitment to bolstering Israel’s military occupation and annexation of Palestine by trying to prevent the movement in the U.S. from continuing to shift U.S. public opinion towards support for Palestinian rights and away from the bipartisan chokehold Israel has had for decades.

Q – Its problems notwithstanding, do you think this order will do anything at all to protect Jewish students from actual anti-Semitism, which is alarmingly resurgent in large part thanks to Trump himself?
DK – Unfortunately, the order does nothing to address the violent antisemitism of the white nationalist base that Trump relies on. The only new thing it does is to define advocacy for Palestinian rights as antisemitic, giving the green light to Israel front groups to target people who are calling for Palestinian freedom.  Rather than protect Jewish students, not to mention other marginalized groups like Muslims, immigrants, and the Black community who are also targets of white nationalist groups, the order only shields supporters of Israel from uncomfortable truths about Israel. This will, sadly, only serve to distract us from these real threats to our communities and lives, and to steadily erode our fundamental right to freedom of expression.