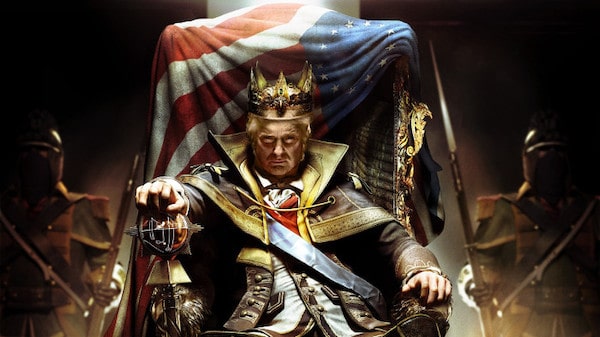 The United States does not realize the miseries it shows to the world. The political trials of Donald Trump reveal the profound hypocrisy of the empire. Everyone knows that the “impeachment” of the Democrats is not going to prosper because the Republican-controlled Senate will vote against it while one or the other hopes that the polarization of the campaign will end up harming the adversary more than themselves in the face of the November 2020 elections.

However, this is by no means the most embarrassing thing.

The Democrats accuse Trump of having pressured Ukrainian President Vladimir Zelenski in a phone conversation to investigate his political rival, Joe Biden, in order to obtain compromising information about his son Hunter’s business there in order to damage him in the run-up to next year’s presidential election. They also accuse him of having pressured key witnesses in the investigation against him.

Hypocrisy without limits, because it is a fact that Biden’s son was appointed to the board of directors of the Ukrainian gas company Burisma just after the “soft coup” executed by Democratic President Barak Obama against then Ukrainian President Viktor Yanukovych in 2014. That coup, carried out with Joe Biden himself as deputy, but also with the approval and active participation of the Republicans, should have made room for several “impeachments”

The relationship between Biden as Obama’s vice president and his son, as a director of one of the largest private gas companies in Ukraine, cannot be ethically sustained: Reason for a political trial against Biden and reason for trials against all the strategic planners of the “regime change” operation in Ukraine. Also, the British and American authorities who investigated the activities of Biden’s son in Ukraine “found nothing unusual”, not even the fact that Hunter Biden, just a few months before the overthrow of Yanukovych, had been discharged from the Navy after testing positive for cocaine.

But before that, the overthrow of a legitimately constituted foreign government cannot be ethically sustained, much less supported by neo-Nazi groups like several of the groups that overthrew Yanukovich with all the logistical and political-military support of Washington, both its Republican and Democratic wings.

Every day U.S. presidents act like pigs with heads of other states, and no one says anything

But that’s not all: Trump is accused of the mildest of crimes he may have committed: pressuring a foreign president. Every day U.S. presidents act like pigs with heads of other states, and no one says anything. For example, what hasn’t Trump (or any of his spokespersons) said to the presidents of ALBA, and especially to the president of Venezuela, Nicolás Maduro?

Trump has always played dirty in everything.

Trump is accused of playing dirty for the upcoming elections, but Trump has always played dirty in everything. Let’s not talk about how he reported (or rather, how he didn’t report) his personal finances in his career to the White House. If it is about affronts to democracy at home (not to mention countless affronts abroad), then it would be far more justified to prosecute him for evading conviction for the racists, neo-Nazis or KKK (who, by the way, support him) when one of the fanatics of these supremacist groups drove a car full speed into hundreds of anti-racist protesters in Charlottsville, Virginia, two years ago.

Countless allegations of sexual abuse, (including notorious ties to Jeffrey Epstein, the multi-million dollar sexual predator who died last August in obscure circumstances after being found guilty of running a child abuse ring with his private jet known as the “Lolita Express”), use and attempted use of his property to make money at the expense of his position (the recently sold Trump International, a five-star hotel just two blocks from the White House and the attempt to host the G-7 summit at one of its hotels in Miami) and much more exists in Trump’s baggage, but since he is the son of the American power elite (just like Joe Biden’s son, or any other “son of” in the United States), nothing sticks to him.

In the end they only want one thing: empire and more empire, not to save Mother Earth

And yet, all of this is trivial. If it comes to prosecution, there are far more compelling reasons to prosecute Trump, for example, for refusing to ratify the Paris Agreement on Climate Change (a phenomenon he in fact denies); for deciding to recognize Jerusalem as the capital of Israel; or for tightening the blockade against Cuba, both of which are repudiated by all of humanity.

If the analysts agree on anything, it is that such a display of misery will end up demoralizing an increasing number of voters, so that at the end of the race only the “brave bars” of the Democrats and Republicans will remain in the arena… and those two brave bars, no matter how different they are, in the end they only want one thing: empire and more empire, not to save Mother Earth.

They are the plague and the cholera.

It is not easy to choose between an empire with a highly unstable strategy at the hands of Trump and another empire with a more defined strategy but determined to maintain the unsustainable and immoral colonial status quo in the world at the hands of the Democrats. They are the plague and the cholera. In reality, our peoples do better to think about what they themselves are capable of doing than to expect something from the decadent game of imperial impeachment.