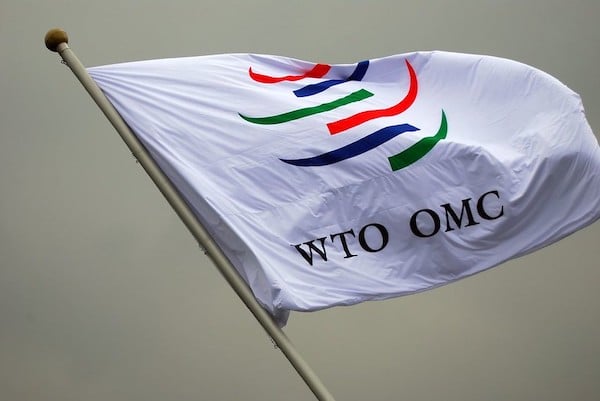 Unless the Trump administration’s views on the WTO change dramatically, December 11 could mark the end of an era in global trade. On that date two more members (of the three in position out of a mandated seven) of the appellate board for dispute settlements at the World Trade Organisation (WTO) would complete their terms. The Appellate Board (AB) is the final arbiter on decisions taken by the panels set up to address member complaints on violation of WTO rules by competing nations. Since, over the last few years, the U.S. has prevented the appointment of successors to retiring AB members, the numerical strength of the appellate body had been reduced to three. That is the minimum number of members (or the quorum) required to adjudicate on the conclusions of any panel set up by the Dispute Settlement Body. So, when two more members complete their term on 11 December, the AB can no more function.

“Is that a big deal?”, some may ask. It is to those who have pushed for achieving the far-reaching liberalisation of trade in an unequal global order, first under the General Agreement on Tariffs and Trade (GATT), and then under the auspices of the agreements that established the WTO and defined and expanded its remit. To the trade liberalisers, the WTO’s organisational principles were a hurdle in creating what they wrongly perceived to be a global order fully integrated through ‘free’ trade, involving no quantitative restrictions and low or no tariffs. While in practice the ‘hurdles’, to realising even partial trade liberalisation, were measures such as the monopoly afforded to some producers through WTO mandated protection of intellectual property rights, the votaries of ‘free trade’ saw as obstacles the facts that each of the WTO’s 164 members has an equal vote and the WTO has always taken decisions based on consensus, implying that each of these members had a veto. Given national differences­—economic, political and social—getting members to agree on which areas of trade to liberalise and by how much was difficult. Not surprisingly, despite years of negotiation, material progress on further liberalisation under the Doha Round has been difficult to ensure.

However, while struggling to introduce new elements of liberalisation of global trade and investment, the votaries of the Uruguay Round agreement did put in place a robust Dispute Settlement Mechanism, which provided some assurance of adherence by members to principles of liberalisation already agreed upon. In the event of a perceived violation of those principles, an affected member could approach the Dispute Settlement Body (DSB), which through a review undertaken by a duly appointed panel, would determine whether there had been a violation and suggest remedies. Needless to say, members charged with violation had to be provided the right to appeal, which they could exercise by turning to the AB that had to rule either way within a short period. The AB’s decision was final, even if not technically binding, especially for economically power countries such as the U.S. This elaborate dispute settlement process at least gave the system an air of transparency, requiring those who wanted benefits from the WTO system to accede to AB rulings.

When the dispute settlement process was put in place, expectations were that most disputes would not go beyond the panel report stages and trigger an appeal before the AB. In practice, however, a majority of panel decisions, exceeding 90 per cent in many years, have been appealed against. This has made the task of the AB difficult, more so as the number of member judges available to consider the appeals shrank. In sum, an aspect of the WTO that gave meaning to agreements arrived under its auspices has been diluted over the years. Now, it appears, it would not even be operational, challenging the very basis of the so-called, post-WTO freer trade order.

The Trump administration’s intransigence when it comes to appointments to the AB, amounting to a stifling of that arm of the WTO, stems from its belief that the appellate body had overshot its brief and become a power in itself inimical to American interests. A recent reflection of that sentiment was U.S. trade representative Robert Lighthizer’s comment on the appellate body’s ruling declaring U.S. countervailing duties against Chinese imports as illegal. “The WTO appellate report undermines WTO rules, making them less effective to counteract Chinese SOE subsidies that are harming U.S. workers and businesses and distorting markets worldwide,” he said. To deflect attention from this protectionist bias in its objection to the AB’s functioning, were added complaints that the body was not doing its job properly, not keeping to deadlines when considering individual appeals, and was manned by judges being paid unwarrantedly high remuneration.

The U.S. administration’s unilateral decision to cripple the WTO has its political roots in the support that Trump derives from a working and lower-middle class base that feels left behind by globalisation, with its earnings stagnating in real terms, while the incomes of the top one per cent register spiralling increases. The crux of the matter is that freer trade had benefited American and other developed country transnational firms, which have shifted production to low wage locations, while damaging the lives of those who have not been inclined to or had the opportunity to exit their nation’s boundaries. According to Trump’s rhetoric, putting America first and making it ‘Great’, requires redressing these imbalances by keeping foreign-produced goods out of U.S. markets, bringing production facilities back home, and re-establishing America as an important supplier to the global market. The WTO as currently modelled, Trump argues, is an obstacle to the realisation of that agenda, created by the wrong decisions of previous U.S. administrations. Multilateralism needs to be reshaped in the interests of the US, and decisions such as the one on AB appointments are ostensibly Trump’s way of pursuing that transformation.

Governments that see their ‘nationalist’ future not in challenging but advancing corporate-led globalisation, varying from Canada, to Germany and Japan (among others), realise that they would be the losers if the U.S. pushes ahead with its agenda. So, alternatives that bypass the WTO’s Appellate Board framework, varying from mutually agreed arbitration proceedings to a voluntary abrogation of the right to appeal against panel rulings are being experimented with. But voluntary compliance not accepted as part of a multilateral treaty is easily withdrawn. Moreover, none of these measures are satisfactory, since it keeps the US, which is one of the world’s largest markets and the parent country for a large number of transnationals operating outside the US, out of the rules-based trading framework.

This has led to countries giving up on attempts to find alternatives to the dispute settlement framework with the AB at the apex, and focusing instead on getting the U.S. to fall in line and return to the shade of the WTO’s umbrella. The all-too-near prospect of the collapse of the AB framework on 11 December suggests that this effort is not working. If no last-minute solution is found that is satisfactory, this may be the most telling declaration of the end of the WTO era made as yet. If that turns out to be the case, it is time for “emerging markets” like India to return to the drawing board and work on strategies for a world where even the current level of ‘free’ access to global markets cannot be taken for granted. Given the requirement that such strategies may set, they may require rethinking the open door policy with respect to foreign capital, especially foreign finance capital, as well. That may be a tough call, since free flow of finance was an essential feature of the post-Bretton Woods arrangement in place since the 1970s. But a post-Uruguay world may require countries to take that call.

(This article was originally published in the Frontline Print edition: Decemeber 20, 2019)