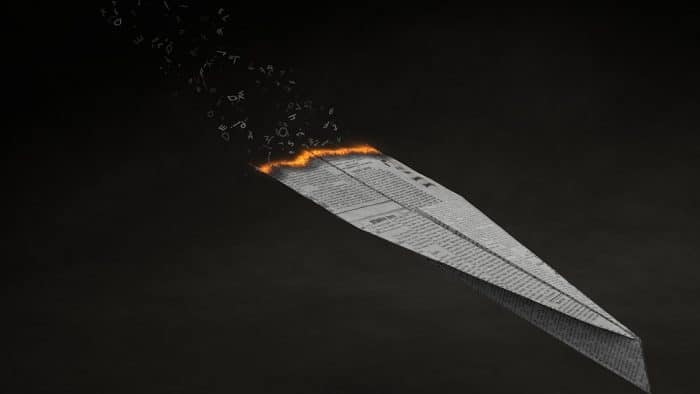 At the last vote in this South American country, WhatsApp became a powerful tool used to influence people voting for the right-wing party led by Jair Bolsonaro. His supporters, through different groups in the app, created and shared misinformation that went viral and spread around the country.

Moreover, a previous attempt occurred during the 2014 election. It affected the candidate Marina Silva who was discredited by several lies posted on social media. There were fake stories circulating about how she wanted to stop schemes to help more vulnerable social groups, create new policies to help the bankers and, due to her evangelical beliefs, ban the Catholic feasts.

João Guilherme is a journalist who works as an internet and politics researcher at the Brazilian National Institute of Science & Technology for Digital Democracy. In December 2017, with some colleagues, he began a study analysing the circulation of misinformation and fake news on WhatsApp.

This app is the perfect platform, in Brazil, to influence people as well as being one of the main sources for accessing the news for more than 120 million Brazilians. This is because mobile phone companies do not charge any internet fees for its use. In addition, it is very easy to have a wide impact on young voters, who, basically, live on social media.

Therefore, to prove their hypothesis regarding the use of misinformation, Guilherme and his colleagues had to get inside different WhatsApp political groups: they conducted analysis and interviews and participated in ongoing debates with specialist researchers from Rio de Janeiro State University, the Brazilian National Laboratory of Scientific Computing and the Brazilian National Institute of Science & Technology for Digital Democracy.

João Guilherme talked to The Prisma, revealing how and why this massive spread of fake news was possible and the reasons that made it so effective.

You conducted the study on WhatsApp, mobile technology in politics and misinformation:  the Hydra of Brazil’s 2018 presidential election research. What is it about? When did you start it?

This research involves* the way political information flows through WhatsApp: cyphered Mobile Instant Messaging Service (MIMS) is analysed, combining data crossing, reconstitution of network graphs and time-varying content flow. It also involves previous studies on how and when Brazil’s far right obtained an advantage in this field, dating back to 2011. Our WhatsApp electoral research started in 2017, including interviews with campaign professionals about fake news on mobile phones and the development of a method to deal with it which was applied before and during the electoral period.

How did you realize that there was something odd going on?

We first perceived far-right WhatsApp use as a serious political threat in the 2014 Brazilian presidential election, when less than 24 hours before the polling a fake news item about a false murder by poisoning went viral. Comments following the misinformation implied that an effort was being made to kill potential informers of corruption schemes involving the Workers Party (PT) candidate. Despite denials from news sources, police and political institutions, it was impossible to shut down images downloaded on mobile phones or even to completely determine their origin and circulation.

In 2017, based on our previous studies and interviews, we started to expect conservative groups supporting Jair Bolsonaro to invest in misinformation on WhatsApp during the 2018 presidential election.

How can you prove Bolsonaro supporters used fake news to manipulate the elections?

We can show how misinformation targeting specific electoral segments scales up through Bolsonaro supporters’ use of WhatsApp and the forwarding dynamics employed, addressing in particular religious fundamentalists, military supporters, so called anti-corruption groups and “conservative liberals”. It manipulates specific segments of the electorate based on their emotional triggers and polling confirms a drastic rise in the disapproval of Bolsonaro’s opponents in specific segments–particularly neo-Pentecostal religious followers. Being inside several WhatsApp groups supporting Bolsonaro even before the electoral period and following their content allowed us to empirically analyse it.

Considering that misinformation can only have a meaningful electoral impact in Brazil if it goes viral, our focus was on how to analyse this dynamic and identify its origins–avoiding problems identified in 2014.

What is the misinformation used to manipulate the elections?

The military supporters are more sensitive to fake news denying hideous crimes committed during the 1964 far-right dictatorship and imminent threats from infiltrating communists from Cuba or Venezuela. Any person might receive and believe fake news, but many groups are segmented and more willing to share specific misinformation contents.

Who was involved in the creation of this fake news?

The answer to this question exceeds the scope of our research findings in this study, but in other studies together with the researcher Miguel Freitas we helped develop methods for showing how authorities could identify fake news uploaders. After determining ways to reach their numbers, though, our findings need to be used by authorities able to hold misinformation uploaders and creators accountable, which has not happened yet.

How was that misinformation devised? What was the strategy?

It involved segmented misinformation targeting existing fears, anxieties and emotional triggers of specific groups. In short, the power of fake news relies on real fears. It makes constant reference to the urgency of quickly sharing the information “before it’s too late”, because this truth is being hidden from other people by communists/elites/candidates/corrupt institutions and “you are privileged” to access it. Misinformation shapes and focuses–either distorting morality or falsifying numbers–and varies depending on its changing audience.

How was the audience targeted? 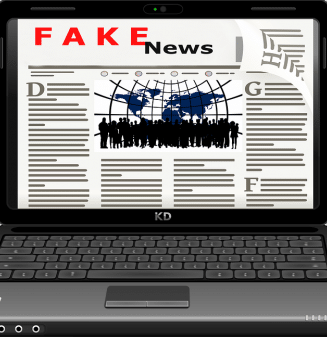 There are several segmented groups dedicated to specific topics (from religious followers and militarists to people sharing images of “shot bandits” and conspiracy theorists). One of our confirmed hypotheses is that most of these groups are interconnected by members in common (more than 99% of our sample including groups supporting six different candidates) and they are inserted into networked information flows compatible with sudden and exponential increases in visibility despite the private design of WhatsApp messages.

Considering that WhatsApp maintains the anonymity of original sources, the political use of WhatsApp groups by the Brazilian far-right is turning the legitimate demand for privacy into a tool for intense and criminal cyphered misinformation flow.

Why did that misinformation have an impact on people? Do you think that to make fake news effective you need a particular type of population? For instance, people who do not read, people who are pro a particular political party, people from a lower class or working class?

In Brazil, the impact of misinformation is partially fostered by socioeconomic features. Phone service companies offer free access to WhatsApp without the need to purchase data plans, but access to news portals and fact-checking sites are still charged. The application then inserts millions of digitally excluded Brazilians in a one-way information flow in which viral misinformation reaches them through WhatsApp whilst their ability to access public denials by the authorities is limited.

Regarding the elections, it is important to remember that WhatsApp reached the mark of 120 million users in Brazil during the year of the presidential election. 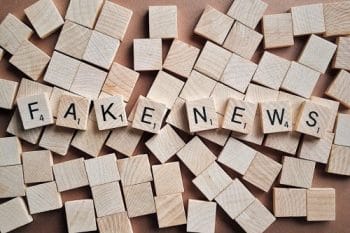 But Bolsonaro also had support from businessmen and a large part of the electorate–the spread of fake news was at the hands of the relatively wealthy classes and expensive universities.

Some of them financed WhatsApp campaigns in 2018 and the production of videos denying that the 1964 dictatorship was the result of a military coup.

Why did the structure of WhatsApp have such an important role in the massive spread of misinformation?

Because it combines opacity to judicial and public scrutiny with the possibility of quickly going viral through interconnected groups. It goes a step further if compared to Facebook’s dark posts in allowing the production of messages for a specific segment, while keeping them invisible to the public in general.