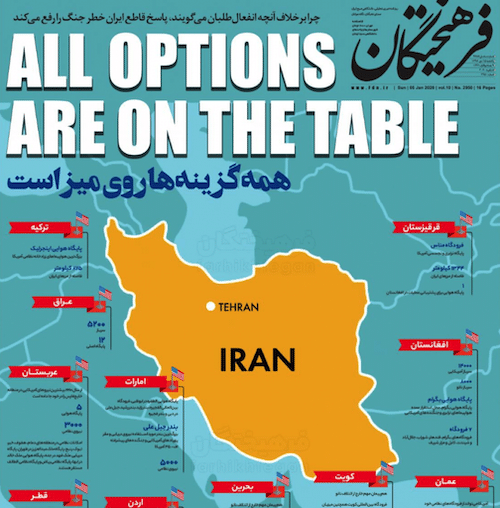 On January 5, Iran made a major announcement regarding its nuclear program, stating that it will no longer observe limits on the number of centrifuges that it uses to enrich uranium. While the announcement is significant, it was not altogether unexpected. And it most certainly does not constitute the “harsh revenge” that Iran’s supreme leader, Ayatollah Ali Khamenei, promised following the killing of Qasem Soleimani last week.

Ever since May 2019, Iran has been taking one additional step every 60 days to decrease its compliance with the nuclear agreement. Over the course of summer and fall of 2019, Iran made successive announcements that it was abandoning limitations on its level of enrichment, its stock of enriched material, and its research and development work on new centrifuges. In this latest announcement, Iran said it would abandon the limit on number of centrifuges. Experts had been expecting Iran to announce such a “step five” for weeks.

To be clear, at least from Iran’s perspective, this is not the “end of all commitments” under the nuclear agreement. Nor is Iran “abandoning” the nuclear deal entirely, as some headlines have suggested. Experts have already begun mobilizing to counter this misperception.

Let’s get the facts about the JCPOA announcement right. There are too many inaccurate headlines and tweets about this–largely because some Iranian media outlets had dramatic headlines.

Iran isn’t ending ALL JCPOA commitments. It WILL continue to give IAEA access as before.

To best of my knowledge, it has not.

Measures fall under Para 36 of JCPOA.

Enrichment will be in line with “practical needs”; IAEA coop intact; and like prior steps, restrictions will be reimplemented once E3/EU adheres to committments.

In making its announcement, Iran said it would return to its commitments once it was able to enjoy the benefits of the agreement–meaning once the United States lifts sanctions. Moreover, in a statement made on Twitter, Mohammad Javad Zarif, Iran’s foreign minister, emphasized that this step, like the others before it, was taken within the framework of the nuclear deal and was reversible.

As 5th & final REMEDIAL step under paragraph 36 of JCPOA, there will no longer be any restriction on number of centrifuges

Iran will continue to allow inspections by the International Atomic Energy Agency. And, for now, Iran’s words are unaccompanied by any real actions—it is not yet clear how many more centrifuges or what percentage of enrichment Iran will eventually pursue.

While Iran’s decision about its next step in the nuclear realm may have been influenced by the killing of Soleimani, it is not the revenge that Iranian officials have been promising. This is because, ever since Khamenei promised “harsh revenge” for the death of Soleimani, other Iranian officials big and small have been sketching out the contours of what that revenge will probably look like.

Start with Maj. Gen. Hossein Dehghan, former Iranian defense minister and now military adviser to Ayatollah Khamenei. Speaking with CNN, Dehghan said that the response would certainly be military, and that the Americans would receive a blow equal to that which they had inflicted. Echoing this language, Ali Shamkhani, the secretary of Iran’s supreme national security council, stated that revenge would “certainly be military, but would not be limited to military action.”

However, many officials also stated that, whatever vengeful action Iran takes, the leadership is not seeking a full-scale war. For example, Mojtaba Zonnour, the head of the Iranian parliament’s national security commission, said, “We will not be the ones to start a war, but will give a response proportionate to the enemy’s crime.” Maj. Gen. Dehghan, too, told CNN that Iran was not seeking war with the United States.

Perhaps most interestingly, two Iranian officials claimed that when the Swiss charge d’affaires in Tehran visited Iran’s foreign ministry following the assassination, he delivered a message from the Americans that stated something to the effect of, “If you want to take revenge, make it proportionate to what we have done.” Whether true or not, such claims demonstrate a widely-held sentiment among Iranian officials: Iran feels justified in responding to Soleimani’s assassination, but the response will be carefully calculated.

As for the timing, when President Hassan Rouhani met with Soleimani’s family members last week, he said that the United States would “see the effects of its criminal actions not only today but in the years ahead.” A number of other officials, including Iran’s representative at the United Nations Majid Takht-Ravanchi, have stressed that the response will come at “a time and place” of Iran’s choosing.

Based on these and other statements, it’s safe to conclude that Iran’s revenge will be gauged to be proportionate to the killing of a major military figure; calculated so as not to cause a wider war; and likely to happen not in the coming days or weeks but in the coming months or years. Whatever the revenge will be, the nuclear announcement isn’t it.