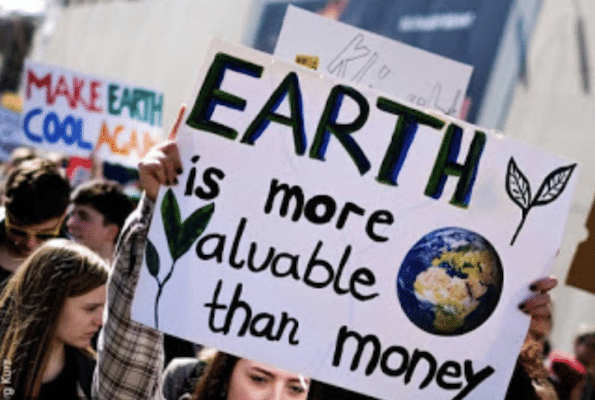 The warming world means climate stress now permeates every part of society. And so an entire financial system which has underpinned the growth of a global economy largely dependent on fossil fuels must be reoriented to deal with what is fast becoming a full-blown crisis.

A campaign to halt or withdraw multi-million dollar investments from industries associated with fossil fuel use is gaining momentum. And the central banks–the institutions responsible for regulating countries’ financial systems–are now taking action.

Leading the charge is the venerable Bank of England (BOE), one of the oldest such institutions in the world. In December it became the first central bank to announce what it terms a banking stress test on climate change.

Under the BOE’s stress test framework, banks and insurance companies will be required to go through their books to evaluate their exposure to the impacts of climate change.

If, for instance, a British bank has loaned money to a company building a coal-fired power plant, the BOE will require the bank concerned to hold a substantial amount of additional capital to cover the risks of the project being abandoned because of new regulations or other climate change-related factors.

In the same way, if an insurance group has granted cover to houses on a flood plain, or to coastal properties which could be subject to rises in sea level–or if a bank has granted mortgages on such properties–the BOE will require additional capital to be held to cover the financial risks involved.

Other financial institutions are examining ways in which their activities can be protected from the more serious impacts of a warming world. Several insurance groups have announced plans to withdraw cover from fossil fuel projects.

Central banks are following the BOE’s lead: a body with the somewhat cumbersome title of the Network of Central Banks and Supervisors for Greening the Financial System (NGFS) now has more than 40 members–all involved in monitoring the risks climate change poses to the finance sector.

The BOE’s action has two aims. One is to ensure the financial system can withstand the considerable financial costs posed by climate change. The other is to encourage financial institutions to invest their funds in more sustainable, environmentally friendly projects.

Mark Carney, the outgoing BOE governor who is soon to take up a post as UN special envoy for climate action and finance, describes the BOE stress test as the first comprehensive assessment of whether the financial system is on track to help deliver a transition to a sustainable future.

“A question for every company, every financial institution, every asset manager, pension fund or insurer is what’s your plan (on climate change)”, Carney told the BBC.

He says that unless the finance sector and large companies wake up to the scale of the climate crisis, many of the assets they now hold in fossil fuels and other enterprises will become worthless.

Some financial institutions are taking action, says the BOE governor, divesting from investments in fossil fuels and becoming involved in more sustainable projects, but progress is still far too slow. Time is of the essence.

“The climate emergency continues to build. The next year will be critical”, says Carney.