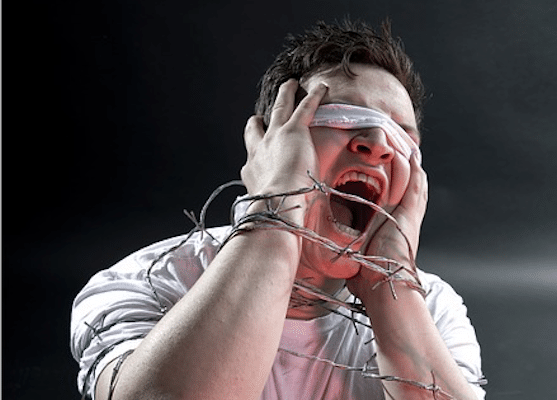 When traditional political system collapse and run out of steam, it is possible to wrest (total or partial) control of the government from the ruling classes.

This is the case in Venezuela and Bolivia, no doubt. But, seizing their economic power (and their power over the media which closely is closely tied to the latter) is quite another matter, although forms of state capitalism (in the hands of the people) do afford some opportunity for fundamental political and social reforms to be undertaken.

Of course, the biggest challenge still remains which involves building–on the back of this state capitalism–an essentially different economic order that obviates reliance on the complementary, expendable, secondary economies in the complicated, interconnected global market.

With abundant natural resources, the country becomes a prime target for aggression from imperialist regimes in their quest for raw materials, markets and areas of influence.

This danger is in no way small, but when resources (material and human) are scarce or very limited, the challenge is even greater. Only those nations which boast considerable resources or are continental in size (such as Brazil or China) have the wherewithal necessary to drive the merest of nationalist (in the healthy sense of the term) projects–let alone social reforms that are broad and deep in their scope.

Fortunately, for these countries on the periphery of the system there will always be intermediate formulas that allow for limitations to be overcome and for internal and especially external threats to be dealt with. However, and of immediate concern, there is a threat that cannot be neglected: the military.

These popular, democratic and nationalist movements need more than mere organised and enlightened mass protest or programmes of appropriate reforms to lend strength to their project. 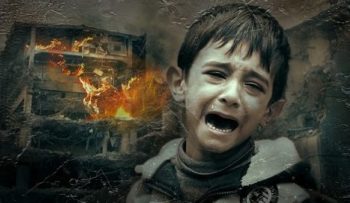 In addition, it is not enough to expect the political vanguard to provide a proper guarantee of leadership that is up to the challenge.

Taken as a whole it is still lacking and as a Chinese poet and strategist once pointed out, those who undertake processes of radical change should never forget that “ultimately power issues from the barrel of a gun.”

Recent events in Latin America and the Caribbean show the extent to which fundamentally compromised political regimes and social orders have lost all their legitimacy (eg. the recent cases of Chile, Ecuador, Haiti and Colombia) and mass popular protests demanding radical changes of the entire establishment are taking place.

There is a call for the removal of the current governing elite, support for a new constitutional order, stark opposition to neo-liberal economic policy, outright condemnation of police repression and media manipulation promoted by the government and by national and foreign economic interest groups (imperialist meddling is denied only by those with a desire and need to do so) and new flags voicing the most recent popular demands ( protesting against the ravages of capitalism vis-à-vis the planet, for gender rights in their various forms and for the status of native peoples and citizens etc.) are being held aloft. 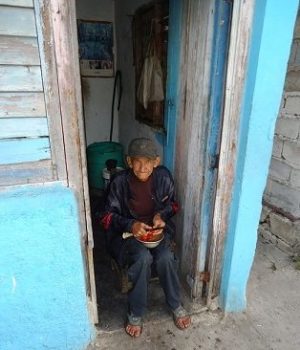 However, neither the breadth of these movements nor their obvious legitimacy have succeeded in ending the reign of neoliberalism.

Moreover, in Chile, Colombia and Haiti–where protests are still ongoing–and Ecuador (which seems to be at a moment of indecision) the current ruling elites seem unwilling to yield.

And at the most critical times, when everything seemed to indicate that the time was nigh for these rulers, a clear and unyielding cry came to rescue: the cry of the army and police truncheon, with a toll of dead, wounded, imprisoned and missing that had not been witnessed for decades (except perhaps in Colombia, a “democratic” country in which repression has always been maintained and the military operates not only outside the law but entirely independently of the government).

Venezuela alone appears to have solved this dilemma by literally cleaning the ranks of its military and police of elements demonstrating a reluctance to change or lacking any genuine nationalist appetite, any feeling of national loyalty.

Which is why in Venezuela the many attempted coups d’etat and military interventions in defence of the interests of the traditional ruling classes and foreign interests have failed, to the point that Washington and its European allies seem to have given up on taking Maduro by military force and are now proposing an “agreed exit”.

The challenge is a huge one. While neutralisation (at the very least) of the military and police is not possible, the danger of defeat is always there, even if the size of the popular movement in question is considerable, highly informed, extremely well organised and is viewed as entirely legitimate. 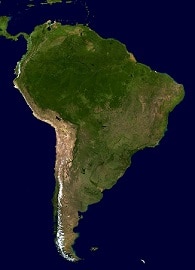 However, whilst difficult, the task is not impossible, and it would not be the first time that a nationalist and progressive group from within the ranks of the military and police have allowed a popular movement to achieve its objectives.

Major reforms on the continent have been driven by groups of nationalists from within the armed forces of Argentina (Perón), Brazil (Vargas), Mexico (Cárdenas and Calles) and Peru (Velasco Alvarado) despite the subsequent fate of these revolutions; and this ultimately revealed the fundamental weak constitution of true bourgeois establishments and the inadequacy of popular movements.

Nonetheless, whilst exceptional cases, no doubt, their impact on the history of the region is immense and shows that the army is not always bound to quell popular uprisings or desires for reform with a show of blood.