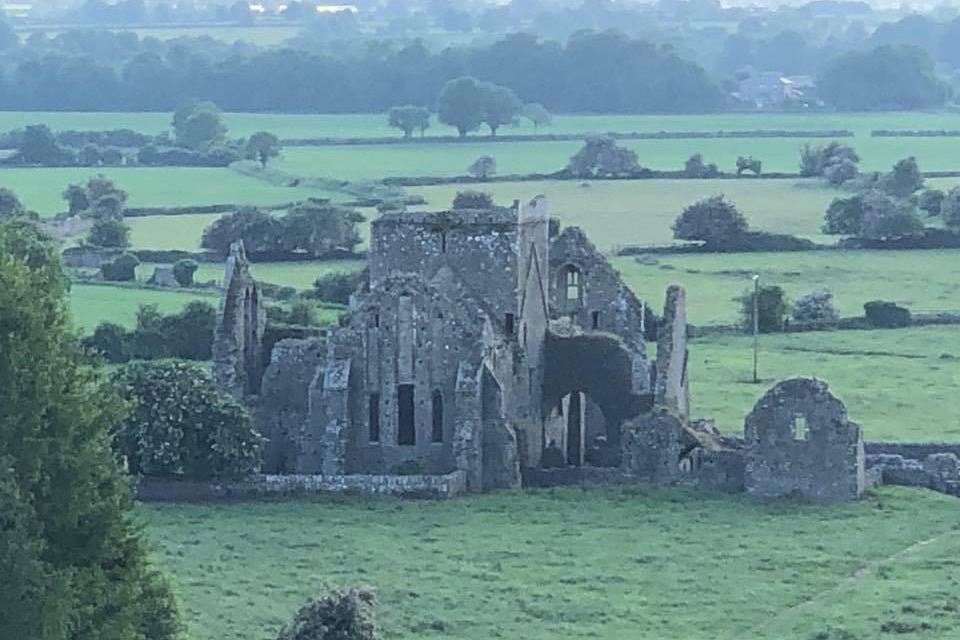 The hidden hand of the market will never work without a hidden fist. McDonald’s cannot flourish without McDonnell Douglas, the designer of the F-15. And the hidden fist that keeps the world safe for Silicon Valley’s technologies to flourish is called the U.S. Army, Air Force, Navy and Marine Corps.

Ireland is waking up to the truth of these words. The price of doing business with corporate America is the loss of one’s geopolitical soul. Because with the U.S. dollars comes the U.S. war machine and its war crimes. The Irish have been trying to deny this for years but last Saturday (January 25) it was as plain as day.

On its way home to America—after being in Israel and Italy—the plane of the U.S. Vice President, Air Force Two, stopped in Ireland’s Shannon Airport. It’s purpose was to refuel, however the Vice President, Mike Pence, left the aircraft to give a pep talk to U.S. soldiers, also passing through the airport, on their way to Iraq. Without a second thought, Pence treated Irish soil like U.S. soil. And the Irish government isn’t protesting.

According to the Irish Star, Pence’s words for the U.S. soldiers were: “I want to thank you for the service to the country. Go and make us proud and know that you do it with the gratitude and the prayers of the United States.”

This impromptu display of empire, in a small airport in the west of Ireland, is the consequence of economic relationships. Writing in July, 2019, the president of the American Chamber of Commerce Ireland, Mark Gantly, stated that:

Total U.S. investment in Ireland now stands at $446 billion, with well over a quarter of a million people in Ireland now employed directly and indirectly by more than 700 American companies.

And the jewel in the crown of this extraordinary investment is “Dublin’s Silicon Docks”—a small segment of the Irish capital, in which are located the European Headquarters of, among others, Google, Facebook, Twitter and Airbnb. Meanwhile the European Headquarters of Apple is in Cork. Following Thomas Friedman’s reasoning, it only makes sense then that the U.S. military is in Ireland too—shadowing “Silicon Valley’s technologies.”

US investment in Ireland has not only dovetailed with the rise of U.S. tech firms but also with the rise of U.S. war in the 21st century. Ironically, peace was the spark that attracted U.S. dollars to Ireland. The end of the Cold War in 1989, and the end of the latest Colonial War in the north of Ireland, in the 1990s, opened the floodgates. But America’s mega Investment in Ireland only followed 9/11 and the wars which it triggered.

Where U.S. soldiers feel safe, so do the investments of U.S. capital. That seems to have been the simple idea behind the Irish decision to open up Shannon Airport to the U.S. military in 2001. And as the U.S. proceeded to invade and destroy Afghanistan and then Iraq -while using Shannon Airport as a strategic stopover—Ireland looked the other way. For example, between the years 2003 and 2009, the Irish Times reported that over 1.2 million U.S. soldiers passed through Shannon.

And since then, this “war trafficking” never once stopped. In the first three months of 2019, according to the Irish Mirror: “24,521 U.S. military personnel transited [Shannon] on their way from or to the United States.”

Indeed, the Irish have not just been facilitating the criminal movement of the U.S. military but also the criminal movement of the Central Intelligence Agency (the CIA). The latter is the ultimate guardian of U.S. capital so, unsurprisingly, it too has been given free access to Shannon Airport. This was revealed in a New York court case in 2011. When “US government contractors” were arguing in court, it was revealed that:

Shannon Airport was among the locations used by a hidden network of U.S. companies which organised the so-called ‘rendition flights’—the covert airlift that transported terrorism suspects and their American minders to secret [CIA] sites worldwide. (thejournal.ie)

Of course, after its banks imploded in 2008, the years 2010–2015 were a time of financial collapse in Ireland. In other words, Dublin was even more desperate than normal, and was willing to sell its soul not just to the U.S. military but also to the CIA. U.S. capital couldn’t resist.

As time passes, and as U.S. capital and the U.S. military embed themselves deeper and deeper into Ireland, the stakes are getting higher and higher for the Irish—without them acknowledging it. Irish neutrality ended when the U.S. started its “War on Terror.” The next war the U.S. begins may end Ireland altogether.

Next week (February 8) Ireland is having a general election. And Shannon Airport will not be mentioned. Like Ireland’s extremely low (or non existent) corporate tax, “Shannon” is an untouchable subject for Ireland’s ruling class. This is a reflection of the latter’s extremely low (or non existent) moral standards. It reveals not only their contempt for international law and the world in general—but also their contempt for Ireland itself. In its efforts to “grow the economy” Ireland’s leading class consciously fan the flames of world war.

Ireland’s elite swallow uncritically the agenda of U.S. capital—the words of Thomas Friedman. And, as sure as night follows day, they will die as a result. It remains to be seen if the Irish working class will do likewise. The signs are not good.