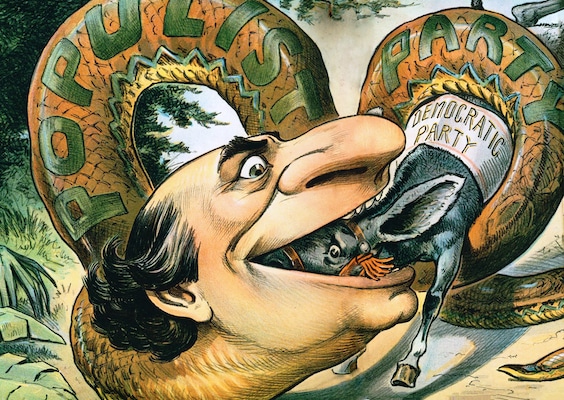 CLASS struggle occurs in the realm of concepts too. The World Bank for instance systematically counters Left concepts by employing a novel tactic: it uses the very same concepts as are used by the Left, but gives them a wholly different meaning; as a result they either come to mean something entirely different from what the Left had originally meant by them, or, at the very least, they become fuzzy and hence useless to the Left. In either case the power of the Left concept is neutralised.

For example, the term “structural” used to be an integral part of the Left lexicon. While Right-wing bourgeois theory  wanted third world countries merely to “leave things to the market”, the Left in the third world had always opposed such market solutions on the grounds that the problem in these countries was “structural”; their structures, it had argued, had to be changed, above all through land reforms including land redistribution. The World Bank’s devious tactics however have now ensured that the term “structural adjustment” has been appropriated by it and used, ironically, for promoting pro-market “reforms”, rather than for changes in agrarian structure.

Likewise, consider the term “liberalisation”. By giving this name to its reform agenda, Right-wing bourgeois theory suggests that anyone opposed to it is “illiberal” and hence  implicitly “authoritarian” and “anti-democratic”; this is despite the fact that “liberalisation” has precisely the opposite effect of unleashing primitive accumulation of capital, effecting mass deprivation, suppressing the rights of petty producers, all of which are virulently anti-democratic. This is why we have, ironically, statements like “Bolsonaro (who is actually a ruthless anti-democrat) is pursuing ‘liberal policies’!”

But the most blatant deployment of this method, which is also the most mischievous because it even influences significant sections of the Left, relates to the term “populism”. This term was used by members of the Russian Social Democratic Labour Party, and especially its Bolshevik wing, to refer to the views of the Narodniki in their debates about the strategy of revolutionary transformation in that country.  The Narodniki had wanted a direct transition from the village communes (mir) that had existed earlier in Russia, to socialism. The Bolsheviks on the other hand had argued that the mir no longer existed as an undifferentiated entity, that Russia was developing capitalism rapidly which had destroyed the mir, and, that therefore the newly-created urban working class had to be the leader of the revolution. Lenin’s book The Development of Capitalism in Russia had underscored this point.

Much later, in the 1920s, there was a revival of the view that the Russian countryside consisted of peasants who were undifferentiated into classes. This held that the differences among the peasants corresponded to family size, so that the per capita size of holdings did not differ much among them. A leading exponent of this view was A V Chayanov, who has accordingly been called “neo-populist”, as he was reviving anew the old populist conception of a peasantry not differentiated by class status.

One finds however a very different sense in which the term “populism” is frequently used these days. According to this, the “people” are seen in opposition to the “elite”, and measures which are meant to appeal to the “people” and not in sync with the views of the “elite”, are advocated as desirable. This concept of “populism” is so fuzzy that it is supposed to cover everything from redistributive measures in the realm of the economy to rampant communal hatred directed against a minority group.

Between such “Left populism” and “Right populism” both of which are debunked, there is supposedly a virtuous middle that is free of “populism”; and this middle, upon close examination,turns out to be the pursuit of classic neo-liberal policies in the realm of the economy and subservience to liberal bourgeois ideology in the realm of the polity. The term “populism” in this sense in short is embedded within the liberal bourgeois discourse.

By calling redistributive measures “populist”, and hence unwise as they fritter resources at the expense of economic growth, this discourse implicitly suggests that economic growth is ultimately beneficial for the poor; it believes in short in the operation of a “trickle down” effect of growth, even though all evidence points to such “trickle down” being a bogus concept.

And yet a large number of people, even belonging to the Left all over the world, use the term “populism” in this liberal bourgeois sense. In particular they use this term to characterise the Right-wing upsurge that is currently occurring globally. Thus all sorts of fascistic, semi-fascistic, quasi-fascistic movements,and movements that uphold the supremacy of this or that religious or ethnic group, are passed off euphemistically as “populist”; they are thereby implicitly treated on par with progressive movements and governments, which demand or implement redistributive measures in favour of the poor.

One consequence of such characterisation is that it completely obliterates the class character of such movements; and by obscuring the class nature of such movements or regimes, it actually discourages any class analysis of them. The fact that a religious or ethnic group emerges into prominence and spreads hatred in society, is supposed to be a sudden and inexplicable, or at best a contingent, phenomenon, having nothing to do with either capitalism or the prevailing class configuration.

There is also a parallel characterisation of such movements, namely that they are “nationalist”. This again completely obliterates crucial distinctions, in particular the distinction between anti-colonial nationalism and supremacist nationalism. By reserving the term “nationalism” for such movements and debunking “nationalism” per se as supremacist, such a view also implicitly debunks anti-colonial or anti-imperialist nationalism. It thereby implicitly glorifies imperialist globalisation, and portrays any delinking from such globalisation, any attempt to pursue a set of independent policies different from those dictated by the hegemony of international finance capital, as being “nationalist” and hence ipso facto reactionary.

The term “populism” thus has been transformed from its original meaning, of seeing the “people” as undifferentiated in class terms, into something quite different, which underplays the viciousness of Right-wing supremacism, and which lumps it along with redistributive economic measures in favour of the poor, as belonging to one kindred tendency. In the process it also pushes to the background the rich Marxist tradition of analysis of fascist, semi-fascist, proto-fascist and supremacist tendencies under capitalism, which sees the flourishing of such tendencies as a bulwark of capitalism in times of acute economic crisis. The liberal bourgeoisie, needless to say, would not accept Marxist analysis; but for sections of the Left to ignore Marxist analysis and accept liberal bourgeois terms amounts to disarming oneself conceptually.