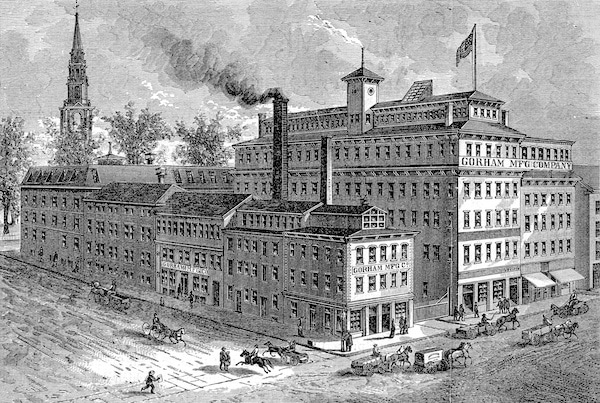 On this day, 15 March 1845, Friedrich Engels published his masterpiece of social analysis, The Condition of the Working Class in England.  This year is the 200th anniversary of Engels’ birth.  Below is a short (rough) extract from my upcoming book on the contribution that Engels made to Marxian political economy.

Engels was just 24 years old when he wrote the Condition. He had already developed left-wing ideas when he was despatched to England at the end of 1842 to work in the family firm of Ermen and Engels, manufacturers of sewing thread in Manchester. He arrived in England only weeks after the Chartist general strike of 1842 which, despite its eventual failure, had demonstrated the potential power of the workers. The strike’s centre was in Manchester and the surrounding areas of Lancashire and Cheshire, the areas of textile production. England was by far the most advanced industrial economy in the world, having been the scene of the Industrial Revolution. It was already leading the world in the production of cotton, coal and iron. Its working class was also the most advanced in the world, organised through the Chartist movement.

Engels was horrified at the poverty and misery that he saw in Manchester. The city had grown up around the cotton industry and was a mass of filthy slums. Infant mortality, epidemic diseases and overcrowding were all facts of life. Up to a quarter of the city’s population were immigrant Irish, driven there by even worse conditions in their own country. Poverty had existed in the old towns and rural areas–as it had done in Germany–but the growth of the big cities exacerbated and accentuated these conditions.

The new working class soon accounted for the mass of the population, as capitalist methods of manufacturing destroyed many of the old artisan or middle classes, turning the bulk of them or their children into workers. The needs of manufacturing industry led to the building of factories and mills and there was rapid urbanisation.’ Industrial towns then developed into the great cities that Engels observed when he first visited England.

In the evenings and weekend when not working for his father’s firm, Engels went with his new girlfriend and factory worker, Mary Burns, to various working-class districts.  In the book, he describes in great detail the condition of life in these cities, using a variety of contemporary press reports, official investigations and even diagrams of the back-to-back houses which formed the early Manchester slums. Engels summed up the position of the poorest.

In 1842 England and Wales counted 1,430,000 paupers, of whom 222,000 were incarcerated in workhouses–Poor law Bastilles the common people call them.–Thanks to the humanity of the Whigs! Scotland has no poor law, but poor people in plenty. Ireland, incidentally, can boast of the gigantic number of 2,300,000 paupers.

But Engels’ book is much more than reportage of the terrible conditions in which workers lived. Woven into it is an economic analysis of capitalism which Marx and Engels later developed, but which even at this stage was central to the book’s analysis. Engels starts by looking at how the industrial revolution transformed the old ways of working to such an extent that it created a whole class of wage labourers, the proletariat. The introduction of machinery into the production of textiles, coal and iron turned the British economy into the most dynamic in the world, creating a mass of communications networks–iron bridges, railways, canals–which in turn led to more industrial development.

Engels describes the very nature of the capitalist system. The competition between capitalists leads them to pay their workers as little as possible, while trying to squeeze more and more work from them: ‘If a manufacturer can force the nine hands to work an extra hour daily for the same wages by threatening to discharge them at a time when the demand for hands is not very great, he discharges the tenth and saves so much wages. This leads in turn to competition between workers for jobs, and to the creation of a pool of unemployed who can be pulled into the workforce when business is booming and laid off again when it is slack”. The existence of this reserve army of unskilled and unemployed workers–especially among the immigrant Irish in the cities of the 1840s–holds down the level of wages and conditions for all workers.

Engels developed a theory of wages.  It was the intraclass competition between workers that was “the sharpest weapon against the proletariat in the hands of the bourgeoisie,” which explains “the effort of the workers to nullify this competition by associations.” In the absence of union counterpressure, the advantage is with the employing class, which “has gained a monopoly of all means of existence,” and “which is protected in its monopoly by the power of the state.”  That unionisation helps to sustain real wage levels and the share of labour in output has since been borne out by many studies.

And ahead of Marx, Engels began to explain how workers were exploited despite receiving a ‘fair day’s pay for a fair day’s work’.  Engels: “The bourgeoisie “offers [the proletarian] the means of living, but only for an ‘equivalent,’ for his work,” and it “even lets him have the appearance of acting from free choice, of making a contract with free, unconstrained consent, as a responsible agent who has attained his majority,” though he is “in law and in fact, the slave of the bourgeoisie.” Thus “the worker of today seems to be free because he is not sold once for all, but piecemeal by the day, the week, the year, and because no one owner sells him to another, but he is forced to sell himself in this way instead, being the slave of no particular person, but of the whole property-holding class”.  Later Marx would fully develop this notion into the category of ‘labour power’ as the object of purchase by employers.

Another brilliant concept developed by Engels was to anticipate Marx’s general law of accumulation and its dual nature.  On the one hand, the introduction of new machinery or technology leads to the loss of jobs for those workers using outdated technology.  On the other hand, the new industries and techniques could create new jobs.  Again, this debate over the impact of technology and jobs is topical with the advent of robots and artificial intelligence now.

Engels describes domestic spinning and weaving under conditions of “constant increase in the demand for the home market keeping pace with the slow increase of population.”  The “victory of machine-work over hand-work”–reﬂecting the competitive advantage of the new technologies–entailed “a rapid fall in price of all manufactured commodities, prosperity of commerce and manufacture, the conquest of nearly all the unprotected foreign markets, the sudden multiplication of capital and national wealth”; and also “a still more rapid multiplication of the proletariat” and “the destruction of all property-holding and of all security of employment for the working-class”.  So industrialisation and the introduction of machinery destroy small businesses and self-employment and drive people into large workplaces where jobs appear as companies with better technology and lower costs can gain market share at home and abroad.

If technology replaces labour in existing tasks, wages and the share of national income accruing to labour may fall. If, in contrast, technological change is augmenting labour, it will make workers more productive in existing tasks or create entirely new labour-intensive activities, thereby increasing the demand for labour.

The divergence between output and wages, in other words, is consistent with this being a period where technology was primarily replacing labour. Artisan workers in the domestic system were replaced by machines, often tended by children—who had very little bargaining power and often worked without wages.

The growing capital share of income meant that the gains from technological progress were very unequally distributed: corporate profits were captured by industrialists, who reinvested them in factories and machines.

There was a growing gap between wages and productivity growth as workers were displaced by new technology and nominal wages were kept stagnant, Robert Allen has characterised the period, particularly after the end of the Napoleonic Wars up to the time that Engels arrived in Manchester as the ‘Engels pause’.

However, Engels also offers the other side of the coin.  There are “other circumstances” at play including re-employment generated by the reduced costs resulting from new technology:

The introduction of the industrial forces already referred to for increasing production leads, in the course of time, to a reduction of prices of the articles produced and to consequent increased consumption, so that a large part of the displaced workers ﬁnally, after long suffering, ﬁnd work again in new branches of labour.

Engels vehemently rejected the Malthusian explanation.  Population growth is a response to growing employment opportunities, not vice versa: But this argument is not an apology for capitalism, because new jobs don’t last:

as soon as the operative has succeeded in making himself at home in a new branch, if he actually does succeed in so doing, this, too, is taken from him, and with it the last remnant of security which remained to him for winning his bread.

And he carefully notes the views of workers themselves:

that wages in general have been reduced by the improvement of machinery is the unanimous testimony of the operatives. The bourgeois assertion that the condition of the working-class has been improved by machinery is most vigorously proclaimed a falsehood in every meeting of working-men in the factory districts.

Was Engels (and the workers he talked to) right about the lack of growth in real wages in 1840s Britain?  Economic historians since, on the whole, agree. ‘Engels pause’ has been confirmed. As per capita gross domestic product grew, real wages of the British working class remained relatively constant.

The two main studies of ‘real wages’ show that they were more or less flat from 1805-1820, a period of economic depression in England.  There was a pick-up in the 1830s.  But the ‘hungry forties’ as they were called, saw a significant fall in real wages, mainly because of rising food prices that were not expunged until the abolition of the Corn laws in 1846.  And during the forties there were two slumps, in 1841 and 1847, with Engels’ study straddling both. By 1847 real wages had been stagnant at best for over ten years.

Engels’ conclusion was that the main cause of low wages was the power of employers over non-unionised workers, the threat of machinery and the industrial cycle under capitalism.  This conclusion still holds 175 years later.