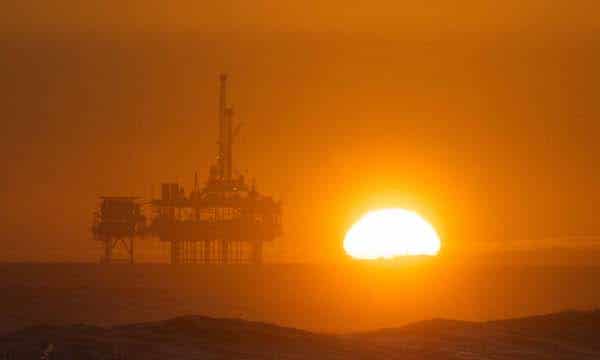 We are currently in a state of national emergency thanks in no small part to the Trump administration’s muzzling of public health experts and slow response to the COVID-19 pandemic. As we all do our part to limit the extent of this outbreak, the Department of the Interior (DOI) instead appears to be more focused on advancing oil and gas interests and abusing the situation to avoid public scrutiny and input on its actions.

Secretary of the Interior David Bernhardt has kept a relatively low profile during this time, save for an announcement on Thursday that he is authorizing free entry into all national parks. What has garnered less attention is that the DOI is using the crisis as an excuse to sideline science, shut down advisory committees (even though in many cases they could meet virtually), and sell off oil and gas leases at discount prices without sufficient environmental review.

Heck of a job Katie

Secretary Bernhardt is attempting to tackle this unprecedented event by dusting off an old DOI Bush administration-era pandemic flu plan and putting his second-in-command in charge of overseeing the safety of the roughly 70,000 people employed by the Department of the Interior.

So who’s safe hands has Secretary Bernhardt assigned this issue to? That would be former fossil fuel lobbyist turned Interior Deputy Secretary Katharine MacGregor, the newly confirmed deputy secretary who has been recently implicated in DOI policy changes that ignore worker safety and expert advice, and is also accused of working to remove safeguards related to public health and the environment.

So perhaps it is no surprise that earlier this week, in the midst of the pandemic, the Bureau of Ocean Energy Management sold just under 14,600  oil and gas leases in the Gulf of Mexico for the bargain price of $100 million over the protestations of environmental groups.

What Interior should be doing now

So what actions should Secretary Bernhardt and his staff be doing now in this time of national crisis? Here are just a few of the things we should expect if they were truly interested in protecting public lands, public input, and the public interest:

The coming weeks are going to be difficult as the full reality of social isolation set in. Many of us are anxious about what COVID-19 will mean for the safety of our family, our society, and ability to recover economically. Unfortunately, we now have to add to this burden that we cannot rely on some of our government officials entrusted to protect our public lands and interests.

We need to stay strong throughout this and continue to pay attention to what all parts of our government are doing. Just because we are socially distancing doesn’t mean we can’t stand vigilant to watchdog and call out egregious agency actions when we see them. Indeed, we need to do so now more than ever.

The role of intellectuals in the Bolivarian Revolution: A conversation with Luis Britto Garcia
Unemployment pandemic