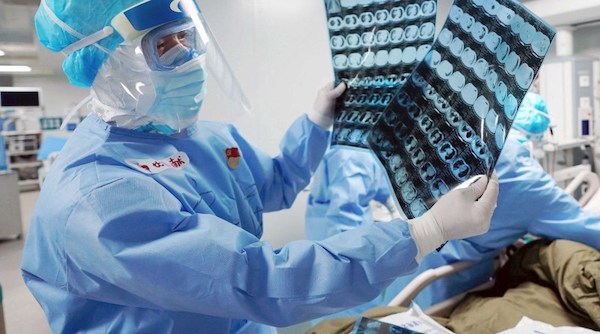 Washington is concerned that the Chinese model for serving the Covid-19 is projected to the world as an attractive alternative to be followed by numerous governments. Photo: Xinhua News

The Trump Administration has spread the conspiracy theory that the new Coronavirus came out of the Wuhan Institute of Virology. This accusation, which seeks to transfer responsibility for the pandemic to the Asian giant, has been rejected by the Chinese authorities for being without foundation.

Yuan Zhiming, director of the institute in question, has expressed that “they are speculations without evidence” since none of the “employees has been infected.” They are “deliberately seeking to deceive people,” Zhiming said of the Washington Post publication that fueled the accusations against the PRC several weeks ago.

Since that publication until today, anti-China rhetoric has escalated rapidly. In turn, the praises of the World Health Organization (WHO) to the Chinese treatment of the pandemic have been interpreted as facts that confirm the delusions of Washington.

Consequently, President Trump has cut U.S. funding to the WHO to reinforce the narrative that the multilateral entity is supporting China’s alleged efforts to hide sensitive data on the pandemic.

The White House has lost its senses, to the point of accusing the government outlet Voice of America (VOA) of transmitting the “Beijing propaganda” and undermining the U.S. president amid the health chaos caused by the pandemic.

“Voice of America spends its money to speak in favor of authoritarian regimes,” the official White House statement against the media titled, stressing that freedom of expression will be allowed as long as it is not against the interests of the payroll.

The upset was caused by VOA asserting that Chinese efforts in Wuhan to contain the virus would serve as a model for other nations, undermining the government’s hard line of criminalizing the Asian country.

But this aggressive propaganda against China has been taking other forms beyond rhetoric, with a view to justifying an escalation of geopolitical pressures to weaken China’s role as leader in managing the international crisis of the COVID-19 pandemic.

Missouri State Attorney General Eric Schmitt filed a civil lawsuit against the People’s Republic of China in federal court in the eastern Missouri district. As he outlined to CNN, the demand asserts:

Chinese authorities misled the public, suppressed crucial information, arrested whistleblowers, denied person-to-person transmission in the face of mounting evidence, destroyed critical medical investigations, allowed millions of people to be exposed to the virus, and even hoarded protective personal gear, which caused a global pandemic that was unnecessary and preventable. 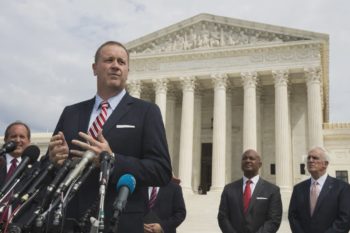 Although there is no evidence to support the attorney general’s claim, the move itself is outrageous. As CNN indicates, “the legal experts” consulted by the media “have said that the lawsuit faces an uphill battle because China is protected by sovereign immunity.”

For the first time, the United States is exploring the judicial route as a political weapon to attack China, adding this ammunition to the trade war that threatens to flare up due to the pandemic.

The Attorney General’s frivolous lawsuit has no factual or legal basis. Really absurd. Based on the principle of sovereign equality, the U.S. courts have no jurisdiction over the Chinese government.

The indictment of the Missouri prosecutor, a state seized by the Republicans, is based on holding China responsible for the economic and social effects that the pandemic has brought to the state. This can be interpreted as a test balloon to transform the White House’s anti-China rhetoric into legal claims, but also to strengthen a narrative that makes the Asian country guilty of the U.S. economic debacle. 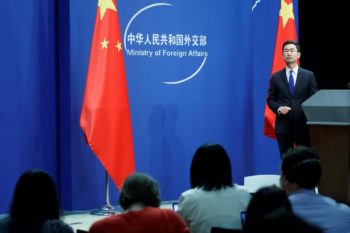 Thus, bankers and large corporations that have secularly plundered Americans wash their faces, transfer their responsibilities, and launder a new looting operation using public money thrown from a helicopter into their pockets.

The Chinese newspaper Global Times has described this maneuver as “vandalism” and believes that it may escalate to a point of unprecedented tension in the already weakened bilateral relations between the two powers, marked by the escalating trade and technological war.

Immunity to China’s sovereignty as defined in the 1976 Foreign Sovereign Immunities Act (FSIA). Such a measure would have to be approved by Congress and signed by President Donald Trump. If the United States really acts in that way, it would open a Pandora’s box and result in the collapse of the immune system to world sovereignty.

In addition, the media claims that this measure to undermine the global order of equality between States could be counterproductive for the United States:

It would mean that anyone could sue the government of the United States in their own countries; an AIDS patient could sue it for compensation, for example.

Finally, the editorial outlines the underlying interests of the United States in its campaign to hold China accountable for the pandemic:

The United States has acted in the past as a thug in the spheres of political and public opinion, and vandalism has now spread to the judicial arena. Hooligans are cheats who willingly break the rules when they can’t win. The acts of the United States are a good example of this.

In the past few hours, Secretary of State Mike Pompeo has further raised the tone of confrontation, accusing China, without further evidence, of destroying evidence of the Coronavirus. The delusion has escalated so much that it reproduces itself. 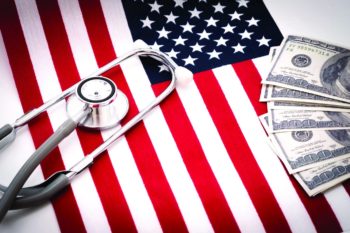 The privatization of healthcare in the United States exposes millions of Americans to death from the pandemic. Photo: Epic Magazine

But the declaration is not an isolated act of Pompeo, but rather a consensual policy within the elite of the Republican Party.

The Defense One media outlet specializing in Republicans in Congress reports

They are suggesting punishments that include sanctioning Chinese leaders, removing Chinese drug makers from the U.S. supply chain, withholding debt payments and launching a U.S.-led international investigation into the Beijing propaganda.

Taking advantage of the pandemic, Republicans are betting on a more direct approach to channel retaliation against China, a country described by the 2018 National Security Strategy as an existential threat to the United States, since it has undermined its international hegemony.

Some congressmen have even introduced legislation “that would authorize the president to impose sanctions on foreign officials for the deliberate concealment or distortion of information on public health emergencies of international interest.”

While Republican Tom Cotton directs the line of judicial repression towards the Chinese leadership, Senator Marco Rubio seeks to take advantage of the situation to introduce a legal framework that allows direct sanctioning companies in the Asian country.

What started with a trade war aimed at reducing China’s economic power, in pandemic times has escalated to a form of lawfare that can lead to sharper geopolitical competition.

The financial-economic crisis, the fall of WTI oil, widespread health chaos and rampant unemployment in the United States have forced Washington to look outside its borders for a scapegoat to take the blame.

There are few options to escape from a social crisis that has revealed Trump’s ineptitude and the systemic bankruptcy of the “American Way Of Life” paradigm. Today the summit of world capitalism is the global epicenter of the pandemic with 855,250 cases detected and 48,974 deaths from Coronavirus, surpassing the figures for Spain and Italy together.

Global Times indicates in its editorial:

If we consider the battle as a game, the United States is losing the game.