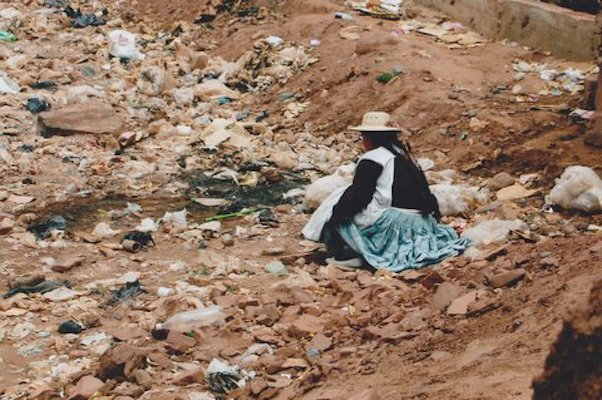 There is an exodus of finance from the third world at present, far exceeding in scale what had occurred in 2008 after the financial crisis. Even more important than the actual outflow is the desire on the part of finance to pull out of the third world, including even the so-called “emerging markets”, and move to U.S. dollars or dollar-denominated assets. This is resulting is a depreciation of a host of third world currencies vis-à-vis the dollar, of which the Indian rupee is an obvious example.

This is paradoxical at first sight. After all, the U.S. is the country at the epicentre of the Coronavirus crisis now; why should finance be wanting to flee to the U.S.? But exactly the same thing had happened at the time of the 2008 financial crisis. Even though the U.S. was at the centre of the crisis, and third world countries were scarcely affected in any direct sense by the collapse of the U.S. housing bubble, the dollar appreciated vis-à-vis a host of third world currencies, as finance fled from these countries.

This paradox points to a deeper reality about the world economy: whenever finance is jittery, its “homing instinct” takes it away from the third world, to the U.S. in particular. There is in short a fundamental asymmetry in the world economy from the point of view of finance, which incidentally is why for the third world to open itself to the vortex of global financial flows is so utterly unwise.

This unwillingness of finance to stay in, or move to, the third world, is impairing the ability of several countries to pay for their imports and to service their external debt. At the latest count 102 countries had approached the IMF for financial support to tide over the crisis. The U.S. which has a major voice at the IMF however wants that body to discriminate between countries in the matter of accommodation. Thus the Maduro government in Venezuela was denied a loan by the IMF even in the midst of this pandemic.

The U.S. itself has developed a highly discriminatory arrangement: a “swap line” which allows the Federal Reserve Board (Fed) of the U.S. to give dollars to central banks of particular countries in exchange for local currency, where the dollars are to be paid back at a later date along with an interest on the loan. Such swap lines had been developed at the time of the 2008 crisis, and they have been revived now. The Fed has opened unlimited swap lines to five central banks of the metropolis, the European Central Bank, the Bank of England, the Bank of Japan, the Bank of Canada and the Swiss National Bank; and it has also extended capped swap lines to nine other countries: Australia, New Zealand, Singapore, Brazil, Mexico, South Korea, Sweden, Denmark and Norway. Swap lines however give the U.S. the power to decide who gets assistance during the crisis and who does not, a patently invidious arrangement.

Against this there has been a demand that the IMF should issue Special Drawing Rights and allocate them in accordance with the voting power of the various countries. These SDRs will boost the foreign exchange reserves of the member countries, without any discrimination between them other than what is already there in the form of differential voting rights. But the U.S. is obviously opposed to this move, on the ostensible ground that any issue of new SDRs will not help the poor countries much, as 70 per cent of these would go to the advanced countries and only 3 per cent to the poorest  category. Instead it favours the setting up of a special facility (like after the oil shock) for providing assistance to the poor countries.

There are however three obvious and crucial differences between any such facility and a fresh issue of SDRs. First, lending out of any such facility will necessarily be discriminatory, while SDRs will not be (other than what is already there in the IMF voting structure). Second, any lending out of such a facility will have to be paid back along with an interest cost, while the SDR does not require any such repayment. Third, precisely because it has to be paid back, any loan taken from such a special facility will attract the odious IMF “conditionalities” unlike the SDRs.

It is for these reasons that at the Finance Committee meeting of the IMF there was overwhelming support for a fresh issue of SDRs. The opposition came predictably from the U.S., and from India. India’s Hindutva government which proclaims “hyper-nationalism” from the housetops, and which is busy jailing civil rights activists and all those speaking for the poor as “anti-national”, loses no opportunity to prostrate itself before the U.S.; and it did so again at the Finance Committee meeting of the IMF, selling the interests of the people of the third world, as well as of the people of India itself, down the drain.

The struggle for a fresh issue of SDRs to overcome the coronavirus crisis, and against any discrimination between countries as demanded by the U.S., will have to be stepped up. At the same time however one must not fall prey to the idea that SDRs will resolve the problems faced by third world countries in the context of the present crisis. The mere accretion of reserves for these countries through fresh SDRs will not stem the capital flight that is occurring at present. After all, India currently has almost half a trillion dollars of foreign exchange reserves, but that has not prevented an outflow of finance from India, or a depreciation of the exchange rate of the rupee vis-à-vis the dollar.

The fresh SDRs in such a situation will only get used up in financing the capital flight from poor third world countries, without aiding their battle against the coronavirus. No doubt their position will be better with new SDRs than without; but fresh SDRs will only postpone the collapse of their economies without leaving anything for supporting the people during the fight against the virus.

For this, two additional measures will be necessary: one, a moratorium on all external debt payments for at least a year; and two, capital controls imposed by these countries to stem the outflow of finance. If these two additional measures are imposed, then the entire additional foreign exchange coming their way through SDRs can be used to pay for additional necessary imports. In that case a multiple of the foreign exchange made available can be spent by the government in each country for running a fiscal deficit for fighting the coronavirus and providing succour to the people subjected to distress by the pandemic. The SDRs in other words do not increase the government’s capacity to spend by an amount equal to themselves; they enable the government to spend a multiple of their value in the form of a fiscal deficit.

A numerical example will clarify this last point. In any economy the sum of the deficits of the three sectors, the government sector, the private sector and the rest of the world, must always add up to zero. Let us start from a situation where this obtains for a country. Now if 300 SDRs are made available to this country and if all of it is available to finance additional imports (let us assume for simplicity that exports remain unchanged as does private investment), and if the ratio of imports to additional income generated is 15 per cent and of private savings to additional income generated is 25 per cent, then the government can run, on the basis of these 300 SDRs, a fiscal deficit of value equal to 800 SDRs. With this fiscal deficit of 800 SDRs, 2000 SDRs will be the additional income, of which 300 SDRs will be the value of additional imports, which can be met by the new SDRs made available to the country.

The IMF Managing Director had expressed herself in favour of a fresh issue of SDRs, until the U.S. put a spanner in the works. But SDRs alone would not help much unless there is a moratorium on external debt payments and capital controls to stem financial outflows.