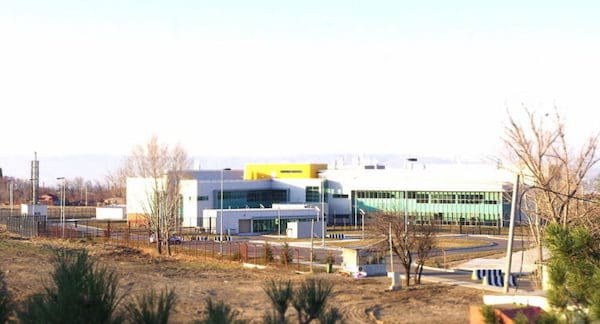 Richard Lugar Public Health Centre in Georgia, which Russia alleges to be a Pentagon laboratory for biological weapon development. Beijing has called on the US to respond to Russian concerns.

The Russian-Chinese entente emerged as one of the most significant templates of international politics in the recent period since the hugely consequential developments in Ukraine in 2014 that led to western sanctions against Moscow, which in turn galvanised the latter’s ‘pivot to Asia’.

Of late, this entente, which falls short of a formal alliance, assumes prominence, given the shift under way in regional and global alignments triggered by the coronavirus pandemic. The world economy faces recession and the U.S. is threatened by a crisis unmatched since the Great Depression of the 1930s. The number of Americans filing for unemployment benefits is soaring past 30 million.

The decline of the U.S. as a global power is accelerating. But the U.S. refuses to come to terms with this geopolitical reality and is determined to perpetuate its domination of the global arena, no matter what it takes. China and Russia have been cast in the ‘enemy’ image. In the short term at least, tensions will rise–in the U.S.-China relations, in particular.

It was reported last week that the U.S. is deploying missile defence systems near Russia’s borders with the potential to deliver a surprise nuclear strike. A Tass report quoted the First Deputy Chief of the Russian General Staff’s Main Operations Department Lt. Gen.Viktor Poznikhir as saying that the U.S. has developed a concept of pre-launch interception and planned to destroy intercontinental ballistic missiles of Russia, China and other countries while they are still in launchers.

Suffice to say, it is in the common interests of Russia and China that in their growing confrontation with the U.S., they stand by each other and support each other. There is every indication that U.S. imperialism will assume an even more violent and oppressive character in the prevailing world situation.

The Russia-China entente is driven by their leaderships. Within the period of a month in March-April, there have been two telephonic conversations between Russian President Vladimir Putin and Chinese President Xi Jinping to discuss the pandemic and its ramifications as well as the imperative need to jointly face the ensuing challenges.

The Chinese readouts (here and here) underscored that Putin was critical of the “provocation and stigmatisation by some country” (read the U.S.)  and the “attempt by some to smear China on the question of the origin of the virus.” Putin affirmed that since the start of COVID-19, Russia and China have “stood in unity and extended mutual support, which is a testament to the strategic nature and high quality” of their relationship.

The mutual support Russia and China are extending to each other creates space for both to effectively push back at the U.S. Earlier this week on April 29, the Chinese Foreign Ministry spokesman endorsed the concerns expressed by Moscow from time to time in recent years over the presence of Pentagon’s labs in the countries of the former Soviet Union for weaponising diseases. Moscow has cited a specific lab near Tbilisi in Georgia, even claiming intelligence regarding visits by senior Pentagon officials to the centre recently.

The Russians claim that there are 11 such labs in Ukraine developed by the Pentagon. They say when Crimea rejoined Russia in 2014, they found out that in one such lab in Simferopol, which was apparently a hub for collecting materials and sending them to Europe, 104 pools of ectoparasites, 46 samples of internal organs of rodents and 105 samples of human blood serum were found ready for despatch.

Moscow alleges that these labs conduct study on dangerous diseases, targeting specific ethnic groups, and include projects that are banned within the U.S. itself.  On April 29, at a media briefing in Beijing, the Chinese spokesman said,

We noted the Russian foreign ministry spokesperson’s remarks and related reports. The U.S. established multiple biological laboratories in former USSR countries but kept its mouth shut regarding the labs’ functions, purposes and safety, causing deep concerns from local people and surrounding countries. As we know, some local people strongly demand the labs be closed. We hope the U.S. will act in a responsible manner, heed the concerns from the international community, attach importance to local people’s health and safety, and take concrete measures to eliminate the doubts.

As the legal successor of the Soviet Union, Russia inherited its status as a party to the Geneva Protocol and the Biological and Toxin Weapons Convention (BWC) in 1992. China too had acceded to the BWC in 1984. All Asian countries are signatories to the BWC. Interestingly, so is the U.S., which had ratified the protocol in 1975.

Now, the U.S. Government has not officially accused China of intentionally developing the COVID-19 as a biological weapon, while Trump keeps talking in innuendos. According to the assessment of the U.S. intelligence, the virus was not man-made or genetically modified. But Trump claims he has seen evidence suggesting the novel coronavirus originated in a virology lab in Wuhan–although he couldn’t provide any evidence to support that claim.

China has reacted strongly to Trump’s jabs while Russia has been supportive of the Chinese stance. The Russian Foreign Minister Sergey Lavrov recently spoke derisively about the talk in some European countries demanding compensation from Beijing for “failing to timely inform the world community”–and by Trump himself saying similar U.S. claims would be “much bigger than hundreds of billions U.S. dollars.”

Indeed, this may become serious stuff if Trump chooses to pursue a punitive strategy towards China. Washington Post wrote on Thursday,

In private, Trump and aides have discussed stripping China of its ‘sovereign immunity,’ aiming to enable the U.S. government or victims to sue China for damages.

For the present, Russia agrees with the Chinese perception that the Trump administration is ratcheting up the rhetoric over COVID-19 to draw public attention away from its incompetence in countering the pandemic. But  Russian support becomes crucial for Beijing if push comes to shove with Trump in the coming months.

Up until now, neither Russia nor China has sought each other’s help while negotiating bilateral relations with the U.S. There is a paradigm shift taking place here, which becomes a leap of faith for both China and Russia as well as a qualitatively new phase in their entente, which has so far been focused on regional and global issues of common concern.