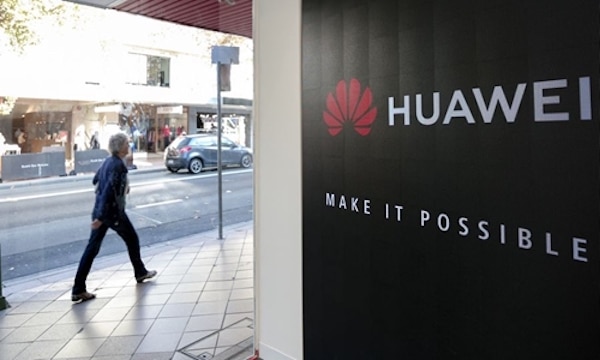 A pedestrian walks past a Huawei store in Sydney, Australia, May 23, 2019. Photo: Xinhua

The latest U.S. ban on Chinese high-tech firm Huawei Technologies has officially dragged the two countries, which have seen bilateral ties sour amid the ongoing coronavirus pandemic, into a prolonged cold war in the tech sector, as such a blatant attack against a Chinese company in full swing sent out a warning shot to the entire domestic industry, which has been partially dependent on the U.S. in core technologies, especially high-end chipsets.

Such unreasonable suppression from Washington backfired in China and more calls have emerged urging acceleration of ‘de-Americanization’ to be fully adopted for the worst-case scenario, according to industry insiders and analysts, who claimed that a U.S. political virus is now destroying the global supply chain, making everyone including its own firms like Qualcomm and Apple major victims.

Although the Shenzhen-based company did not make any official statement regarding the U.S. move to further block shipments of semiconductors from global chipmakers, Huawei shared on its internal forum on Saturday a picture of a Soviet jet hit by its enemy, claiming that apart from victory, “we have nowhere to go.” The revised rules announced by the U.S. Commerce Department on Friday to restrict the Chinese company’s access to American-made chipsets is widely considered as another blow to Huawei following a yearlong suppression based on Washington’s national security and spying accusations amid a China-U.S. trade war.

“Drop the fantasies and prepare for a real battle” reads a slogan that was widely shared by some Huawei employees and senior executives on social media over the weekend in the face of the U.S. escalating the crackdown, in addition to a series of moves redirecting suppliers of core technologies to move to the U.S. in ensuring its dominance in the high-tech industry.

Just one day before the new restrictions came out, Taiwan-based chipset Taiwan Semiconductor Manufacturing Co (TSMC) decided to build a 5-nanometer chip factory – the most advanced and finest in the world – in Arizona in the US, which was considered part of Washington’s choreographed intentional plan to cut the Chinese company off from the global supply chain, given TSMC is a major producer of chips for HiSilicon, Huawei’s chipset unit.

For more industry insiders and analysts, the new suppression on Huawei sounded alarm bells over the future development of China’s homegrown high-tech industry, especially when U.S. politicians could arbitrarily change market rules now based on groundless accusations regarding national security, disrupting the supply chain and causing catastrophic damage to global cooperation. On one hand, more calls emerged for accelerating “de-Americanization” in core technologies while supporting more domestic chipset manufacturers and designers to grow. 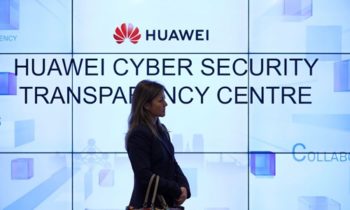 A woman listens to a debate at Huawei Cyber Security Transparency Center in Brussels, Belgium, on Jan. 30, 2020.(Xinhua/Zhang Cheng)

“Though China and the U.S. might see a temporary ‘ceasefire’ in the trade war, a crackdown on China’s high-tech sector will continue and now it’s just the beginning,” Fang Xingdong, founder of Beijing-based technology think tank ChinaLabs, told the Global Times on Sunday, noting that it’s unavoidable to see two superpowers confront each other strategically on this domain in the long run.

Since Washington imposed sanctions on Huawei for the first time in May 2019, it has extended a temporary license to the Chinese company five times, reflecting that the U.S. government has to do so not for the sake of Huawei, but for the business interests of many U.S. companies as the global supply chain has been highly integrated over the past few years.

The U.S. employs national power, uses so-called national security as an excuse to abuse export controls and other measures, and continues to suppress and contain specific firms from other countries. This posed a serious threat to the security of the global supply chain, a spokesperson from the Chinese Ministry of Commerce said in a statement on Sunday, noting that China will take all necessary means to safeguard the legitimate rights of its domestic enterprises.

As part of the countermeasures, China is prepared to put certain U.S. companies on its “unreliable entity list,” imposing restrictions on or launching investigations into U.S. companies like Qualcomm, Cisco and Apple in accordance with Chinese laws like the Cybersecurity Review Measures and Anti-monopoly Law, and suspending the purchase of Boeing airplanes, a source close to the Chinese government told the Global Times.

Eric Xu, the rotating chairman of Huawei, told the Global Times in an earlier interview that once the U.S. government tightens restrictions and changes market rules, it would be like opening a Pandora’s Box, which would cause catastrophic damage to the global supply chain and it won’t be just one company such as Huawei that will be destroyed.

“Why doesn’t China ban U.S.-made 5G chipsets or base stations and smartphones equipped with those chipsets?” Xu asked.

“We’re not in 1990s anymore,” a Huawei senior executive who preferred not to be identified told the Global Times on Sunday, noting that some U.S. politicians have underestimated the determination of Chinese people.

Some industry analysts believed that a counterstrike against U.S. companies like Qualcomm and Apple might prompt them to lobby against such restrictions as their interests in the Chinese market are important for maintaining their sustainable growth. For instance, 65 percent of Qualcomm’s total revenue lay in China, according to media reports in August 2019.

“With supply chains largely rooted in China and the U.S. tech business community relying on the Chinese market for their operations, a relocation away from China, as what’s being promoted by the U.S. government makes no practical sense,” Han Xiaomin, general manager of Jiwei Consulting in Beijing, told the Global Times on Sunday, noting that rebuilding equally functioning supply chains elsewhere is by no means something that can be done overnight.

“Take Apple. The relocation framework might work if the iPhone maker plans to cancel production of its next two generation phones and decide on a multi-year plan directly for the iPhone 14,” he said.

Such decoupling is seen as dangerous for industry representatives but more companies like Huawei have been stepping up efforts to ‘de-Americanize’ over the past few years as they need to prepare for the worst-case scenarios. For example, Huawei has seen non-U.S. technologies in its telecoms business.

Huawei being tied up with French-Italian chipmaker STMicroelectronics regarding chip design to some extent also allows for the EDA issue to be addressed via outsourcing, Fang Jing said.

Amid growing uncertainties, the Chinese government has been encouraging homegrown chipset designers and manufacturers to catch up with their U.S. rivals while making major breakthroughs in helping accelerate “de-Americanization”, according to analysts. 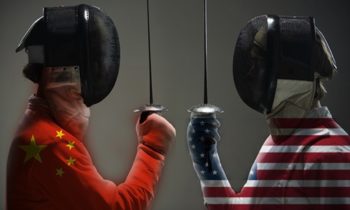 On the same day when the U.S. released the new Huawei restrictions, Shanghai-based chipmaker Semiconductor Manufacturing International Corp (SMIC), which began mass-producing 14nm chips at the end of 2019, announced that it had received an investment of $1.5 billion from China’s National Integrated Circuit Fund II and a $750 million commitment from the Shanghai Integrated Circuit Fund II, as the nation ups the ante in its push for homegrown chipmaking.

From the blame game led by U.S. foreign policy hawks over the coronavirus pandemic to a war of words against China and strangling Chinese companies like Huawei through all possible means, the U.S. government spares no effort in smearing both the Chinese government and the Chinese companies, sparking outrage on Chinese social media platforms, and now a top-down “political virus” inside Washington is biting the foundation of the market economy, going against the spirit of innovation and cooperation, analysts said.

The recent escalation in bilateral tensions and further technological tightening regardless of ongoing global efforts to contain COVID-19, nonetheless, might surprise surveyed respondents, UBS economists led by Wang Tao said in a report sent to the Global Times over the weekend.

There would be increased pressure for supply chain decoupling, according to the report,

U.S. authorities are poised to impose more restrictions on China’s access to technology, while some politicians are pushing for faster decoupling from China.

Key players along the tech supply chain such as TSMC ” will see further restrictions being imposed by the U.S. on semi suppliers when engaging with entity list companies such as Huawei,” the economists predict.

U.S. President Donald Trump behaves according to his wishes, and plans to sanction Huawei lack any continuity, as such a move also reflected Trump’s selfishness in achieving his personal political goals without fully taking the consequences of such a ban into account, a Huawei strategic consultant surnamed Lan, who was from a former unique unit of Huawei tasked with offering strategic advice to the company’s founder Ren Zhengfei, was quoted as saying in a Cinda Securities memo.

Although U.S. authorities have agreed to give a 120-day grace period to the new ban, the Chinese firm is believed to further adjust its chipset supply by increasing the percentage of homegrown products and formulating back-up plans for HiSilicon, the memo showed. Meanwhile, Washington has limited capacity in pressuring its major allies to cut off business ties with Huawei. Despite continuous lobbying from the US, countries such as the UK and France hold a favorable attitude in cooperating with China.

“Huawei will survive whatever blow the U.S. is set to deal to the firm, which has been testified over the past year,” Lan said, noting that the U.S. government has tacitly agreed that it is impossible to completely destroy Huawei.