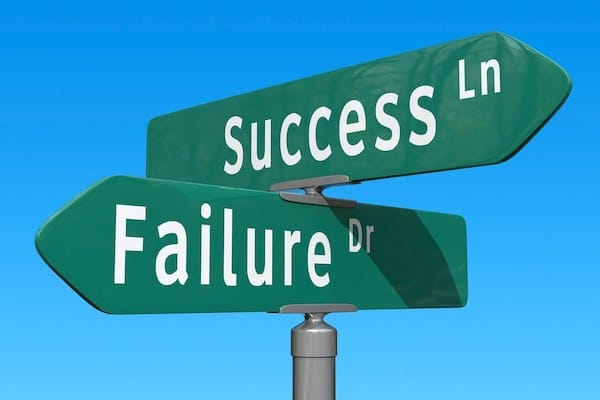 The Financial Times of London is one of the most “respectable” bourgeois newspapers in the world. Even this newspaper has now come to recognise something which the Left has been saying for quite some time. In an editorial on April 3, 2020, it wrote:

Radical reforms in reversing the prevailing policy direction of the last four decades will need to be put on the table. Governments will have to accept a more active role in the economy. They must see public services as investment rather than as liabilities and look for ways to make the labour market less insecure. Redistribution will again be on the agenda… Policies until recently considered eccentric such as basic income and wealth taxes will have to be in the mix.

The Modi government’s policies, it should be noted, are the diametrical opposite of what the Financial Times is envisioning. The abrogation of labour laws in BJP-ruled states (which could not have been done without Modi’s approval) is meant to make the labour market more insecure rather than less. Some IRS officers were punished recently for even suggesting that higher taxes should be collected from the rich. In short, the Modi government in its mindlessness is still picking up the intellectual crumbs that had fallen from the High Table of the metropolitan establishment “four decades” ago, without realising that the world has moved on.

But where has the world moved on to? It is clear from the FT editorial that the policies of the “last four decades”, which means the neoliberal policies characteristic of the current era of globalisation, have got to be changed, i.e., that the neoliberal globalisation of the “last four decades” has reached a dead-end. Just as in the 1930s, world capitalism, as it had existed until then, had reached a dead-end, and the need for it to be altered for the sake of preserving the system itself, was emphasized by many perceptive bourgeois thinkers, exactly in a similar manner contemporary world capitalism too has reached a dead-end and cannot continue as before.

Interestingly, in another editorial on May 8, the FT wrote: “Today’s situation resembles that of the 1930s. Back then, centrist liberals from U.S. president Franklin Delano Roosevelt to British economist John Maynard Keynes saw that liberal democratic capitalism, in order to survive, had to be shown to work for everyone. The victory of their ideas set the stage for the success of western capitalism in the decades after the Second World War. Now, like then, capitalism does not need replacement even if it may need repair.” Even though this editorial is written in the specific context of the massive State intervention during the pandemic, its wider implication is obvious: world capitalism today has reached a similar dead-end as in the 1930s.

Any change in capitalism however, including a revival of the so-called “welfare capitalism” of the post-war period, will entail a loosening of the hegemony of international finance capital and hence will face stiff opposition from it. The fact that the need for such change is clear to bourgeois thinkers does not mean that finance capital will simply voluntarily make a sacrifice of the hegemony it currently enjoys. Indeed the history of the 1930s itself bears witness to this fact.

Keynes began arguing for State intervention for promoting employment in the Depression-hit British economy in 1929 itself. But his 1929 plea for the creation of public works, financed by a fiscal deficit, to generate employment, which was articulated through Lloyd George, leader of the Liberal Party to which Keynes belonged, fell on deaf ears. It was opposed by the utterly vacuous argument (which we again hear so much these days) that a fiscal deficit only “crowds out” private investment without generating any additional employment. Keynes refuted this argument and clarified the theoretical basis of his own position in his opus written in 1936. But even this did not cut any ice. Throughout the 1930s his demand for State intervention for increasing employment in Britain was totally ignored.

Likewise, after Roosevelt’s New Deal had succeeded in bringing down the U.S. unemployment rate, Roosevelt was pressurised by U.S. finance capital to retreat from it. This immediately precipitated another recession in the U.S. in 1937. That country finally recovered from the Great Depression only when it started arming itself in the run-up to the Second World War.

Boosting aggregate demand for overcoming mass unemployment finally got accepted as government policy only after the war when the weight of the working class in the advanced countries became much greater than before (of which the victory of the Labour Party in the British post-war elections and the vastly increased strength of the Communists in France and Italy were obvious markers), and when the Red Army came right up to the very doorsteps of Western Europe creating fears of a “communist takeover”. This conjuncture finally forced concessions from finance capital that had been unobtainable till then.

Finance capital in other words does not voluntarily make concessions even when such concessions are seen by major pro-capitalist thinkers as being essential for the preservation of the system itself. To think otherwise is to fall into the same trap that Keynes had fallen into when he had fondly believed that it is ideas that rule the world, so that “correct ideas” (such as his) would automatically gain currency over time. On the contrary it is real-life class struggle, informed no doubt by ideas, that ultimately determines which way the world will move.

Hence even for altering contemporary capitalism in the direction of the so-called “welfare capitalism” of yore, it would be essential to have the working class fighting for such an agenda. But when it does so, and when international finance capital resists such an agenda, we would be in the thick of class struggle. Time alone will tell whether this struggle would remain merely at the level of achieving a revival of “welfare capitalism” or whether it would go beyond capitalism altogether towards a socialist alternative. Once class struggle, for changing the system in its present form, acquires momentum, its outcome would depend on praxis and may not necessarily remain bounded within the system itself.

The ruling formation in India however is totally oblivious of the world conjuncture. The dead-end of neoliberalism, which is visible to even bourgeois thinkers in the metropolis, is invisible to our Hindutva brigade. Not only is the Modi government still wedded to the neoliberal agenda in general, but it has not even deviated from this agenda in the midst of the acute humanitarian crisis unleashed by the pandemic and its own mindless response to it.

The contrast between its stance and that of European governments can be gleaned from what the FT edit of May 8 states:

Short of a communist revolution, it is hard to imagine how governments could have intervened in private markets–for labour, for credit, for the exchange of goods and services–as quickly and deeply as in the past two months of lockdowns. Overnight, millions of private sector employees have been getting their pay cheques from public budgets and central banks have flooded financial markets with electronic money.

In India, by contrast, far from the pay cheques of private sector employees coming out of the budget, the government has robbed crores of workers, including 14 crore migrant workers (of whom around 10 crore are inter-state migrants), of their incomes, jobs and accommodations, without giving a paisa by way of compensation. This is partly no doubt the result of the utter inhumanity of the Modi government; but partly also it expresses its utter pusillanimity vis-à-vis finance capital, which it seeks to sustain through negating civil liberties and democratic rights and promoting a communal agenda that aims to divide people.

But following the same track as was being followed in the “last four decades” and not recognising the dead-end of neoliberalism, also means remaining stuck in that dead-end, which in turn would mean even greater recourse to authoritarian-fascistic measures and even more odious attempts to promote a communal divide. The working people will have to struggle against this entire endeavour and to show the way out of the dead-end of neoliberalism.