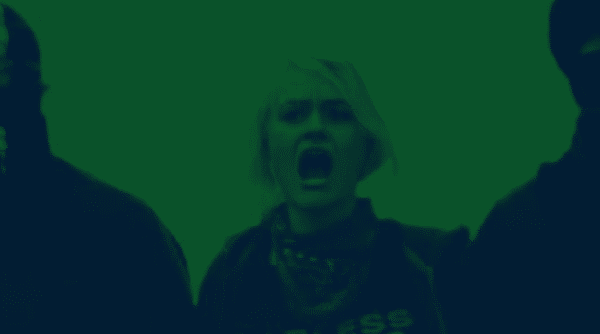 A day after Donald Trump’s election victory, Hispanic students at Royal Oak High School in Michigan were harassed by their classmates who started chanting, “Build the wall!” Once installed in office, the White House occupant announced the immigration ban on Muslims and a few hours later, someone set fire to the local Islamic Center in Victoria (Texas).

A few weeks passed and after the introduction of more than 100 laws against the GLBT + collective, a man broke down the front door of Casa Ruby, a center for the defense of transgender people in Washington DC and attacked a transsexual while shouting,

I’m going to kill you, fagot! 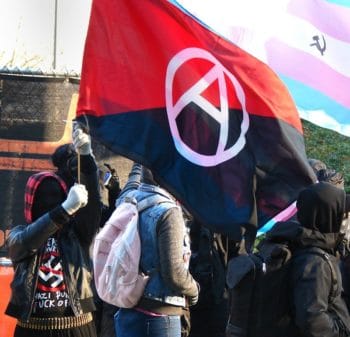 In March of that year, a former soldier and white supremacist took a bus to New York to “attack black men.” He stabbed and killed Timothy Caughman, a destitute African American. That same month a wave of desecrations began in Hebrew cemeteries in Brooklyn, Philadelphia and other parts of the country. At the time, Donald Trump’s current chief adviser was one of the leading figures on the Alt Right, a notoriously anti-Jewish white supremacist.

Four years later, the murder of African-American George Floyd by the Minneapolis police sparked a wave of protests–many of them violent–in the country’s major cities. On May 31, a desperate Trump launches one of his customary 2.0 threats: The Antifa Movement is responsible for the riots and will be declared a terrorist organization.

Antifa–short for “antifascist”–is a movement that opposes fascism, as well as racism, xenophobia, machismo, and homophobia. It cannot be considered a political party or organization, since it does not have structure, affiliates or formal leadership. Nor are they based on a single ideology. It includes socialists, anarchists, communists or anti-capitalists united in their opposition to the extreme right and—particularly in the United States— to white supremacism.

Unlike conventional leftist movements or parties, the group does not seek to gain power quotas by winning elections or influencing the passage of laws in Congress. With a strong anti-capitalist discourse, their tactics have been related to those of anarchist groups, rather than to the traditional left.

The objective of its supporters is to annul fascist, racist, neo-Nazi and extreme right-wing groups and to interrupt their actions so that they do not foment hatred through their anti-migrant, ethnic minority, women or members of the GLBT+ community.

To achieve this, the antifa resort to non-violent actions with which they try to inform their position, but also contemplate the use of violence–if necessary–to achieve their objective. Among its strategies is also identifying and exposing far-rightists on the Internet. 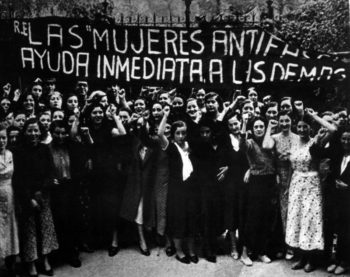 Anti-fascist groups were born in Germany, Italy and Spain during the 30s of the last century in opposition to Nazism (Hitler), fascism (Mussolini) and Francoism (Franco). They fell into torpor after the Allies’ triumph in World War II and reorganized in the late 1980s as a result of the rise of neo-Nazi groups after the fall of the Berlin Wall.

The first U.S. Antifa groups appeared in the aforementioned decade and were linked to anti-racism, such as Anti-Racist Action in Minnesota. The first group that used the term “antifa” in the U.S. was Rose City Antifa, founded in 2007 in Portland (Oregon) from a specific group to boycott a music festival organized by the white supremacist group Hammerskins.

However, these groups hardly had a presence in that country until the presidential election of Donald Trump in 2016. The xenophobic policies of this leader and his open support for white supremacist groups that–in recent years–carry out their expressions of hatred widely and with total impunity, have been the fuel for antifascists to become more active in the last four years.

According to James Anderson, a member of the anti-fascist website It’s Going Down, public interest in their website has grown since the arrival of the Republican magnate at the White House. In 2015 it had 300 visits a day and now has around 15,000.

“We are facing a gigantic turning point. It is about popular power. This is an open movement that seeks to integrate a wide variety of people,” said Anderson to the BBC. 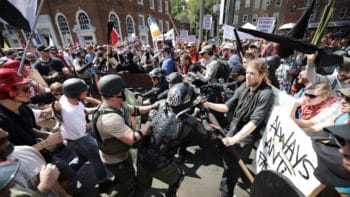 Clashes between white supremacists and Antifa in Charllottesville

In recent years, the Antifa has carried out various actions such as the boycott of an extreme right event at the University of Berkeley (California) in February 2017, and the counter-demonstrations to “Unite the Right” in Charlottesville (Virginia)–in August of the same year–that left more than 30 wounded in their confrontation with white supremacists.

They also sympathize with movements like Black Lives Matter in support of the African-American community, and have participated in protests against police violence that erupted after the murder of George Floyd on May 25, 2020 at the hands of the Minneapolis, Minnesota, police.

Can they be classified as a terrorist group

Following his participation in the racial protests in late May, Trump announced on his Twitter account that he would designate the Antifa movement as a terrorist organization. However, it is not feasible because it is not a formal organization. Furthermore, U.S. law only addresses international terrorism, not “local terrorist groups,” and the Antifa movement does not operate in a coordinated manner outside of U.S. borders.

In conclusion: Trump’s statement has no legal backing and seems more like an attempt to single out those responsible for the protests than a workable proposal. So everything seems to indicate that “he will stay with the desire” to neutralize his scapegoat.