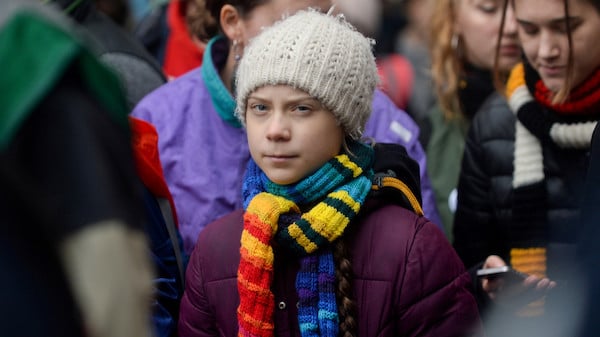 “It feels like we have passed some kind of social tipping point where people are starting to realize that we cannot keep looking away from these things. We cannot keep sweeping these things under the carpet, these injustices,” 17-year-old Thunberg told the BBC.

She says the protests that have come in the wake of the death of George Floyd shows people can “have an impact.”

Thunberg toured the globe shaming politicians and world leaders over the lack of action on climate change in 2019 with her followers staging protests of various scales along the way. These demonstrations didn’t have the intensity of the BLM protests and fewer clashes with police before dying out ahead of the COVID-19 breakout, with Thunberg admitting her strikes achieved nothing.

In light of her strikes achieving “nothing”—and admitting a “green recovery plan” from the government is not enough to solve the problem—Thunberg now says climate change should be treated with the same weight as the Black Lives Matter movement and the COVID-19 pandemic. She said the race equality protests and government action on the coronavirus are teaching people the “necessary force” they need to tackle issues with.

“It shows that in a crisis, you act, and you act with necessary force,” she said of the current events.

Suddenly people in power are saying they will do whatever it takes since you cannot put a price on human life.

The activist added that the pandemic has “changed the role of scientists” in society as people are more willing to listen to “experts.”

Thunberg did not specifically address the more violent aspects to Black Lives Matter protests like the destruction of public statues, vandalism of businesses, and even the Friday shooting inside the activist-run Autonomous Zone in Seattle that left one dead and another in hospital.