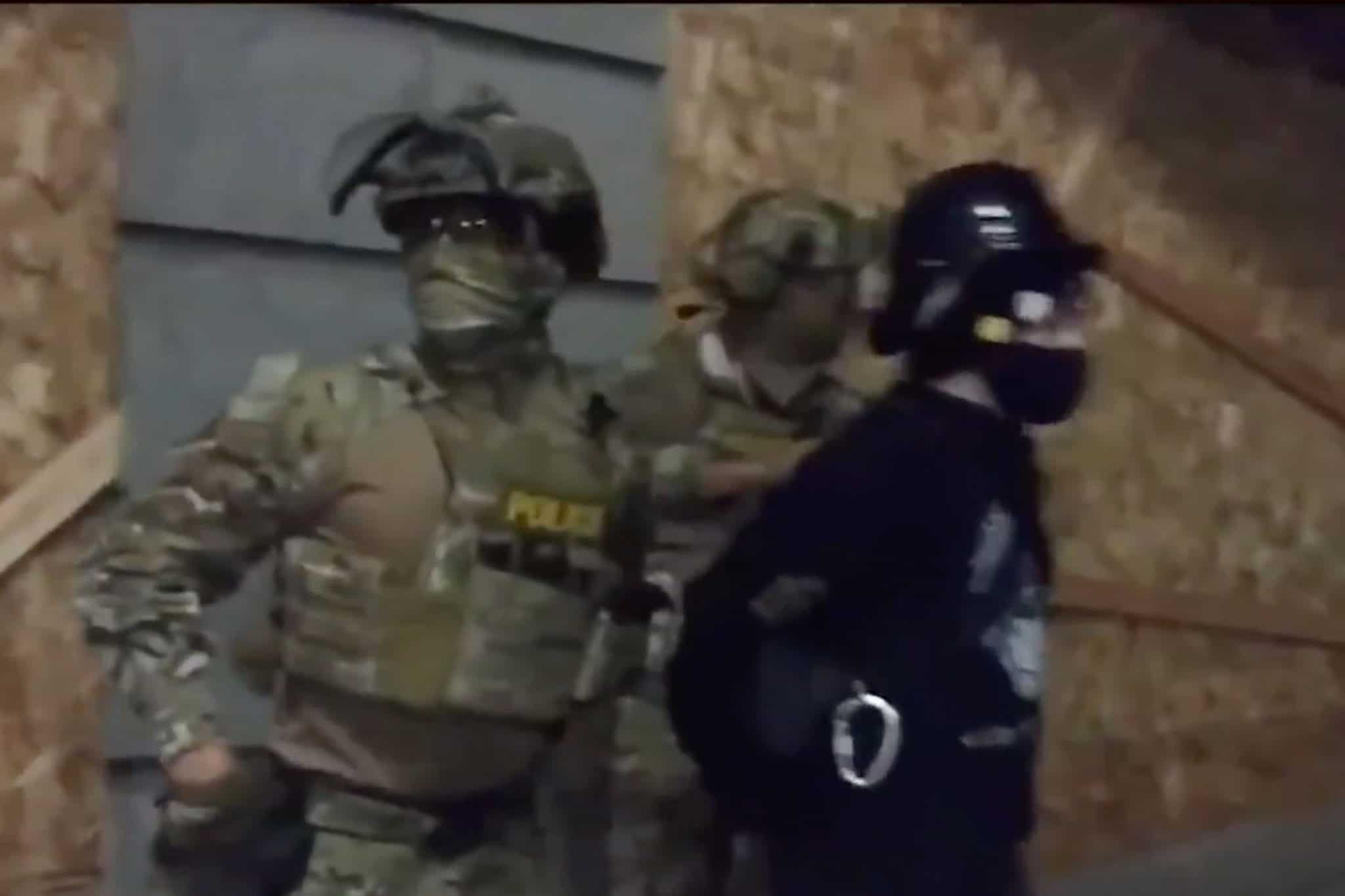 Unidentified, unmarked officers in military gear arresting a protestor in Portland, OR on July 16, 2020. Source: Macha Chai via Damage Report.

Oregon’s U.S. Senators Jeff Merkley and Ron Wyden, with U.S. Representatives Earl Blumenauer and Suzanne Bonamici, today announced that they will be asking the U.S. Department of Justice (DOJ) and U.S. Department of Homeland Security (DHS) offices of Inspector General to investigate the unrequested presence and violent actions of federal forces in Portland.

The request for investigations follows federal operatives shooting a peaceful protester in the head, causing serious injury and hospitalization, and reports and video recordings of unmarked federal agents grabbing protesters from the streets and taking them to unmarked minivans.

“DHS and DOJ are engaged in acts that are horrific and outrageous in our constitutional democratic republic,” Merkley said. “First, they are deploying paramilitary forces with no identification indicating who they are or who they work for. Second, these agents are snatching people off the street with no underlying justification. Both of these acts are profound offenses against Americans. We demand not only that these acts end, but also that they remove their forces immediately from our state. Given the egregious nature of the violations against Oregonians, we are demanding full investigations by the Inspectors General of these departments.”

“Oregonians’ demand for answers about this occupying army and its paramilitary assaults in Portland at the direction of Donald Trump and Chad Wolf cannot be stonewalled,” Wyden said. “That’s not how it works in a democracy. It’s painfully clear this administration is focused purely on escalating violence without answering my repeated requests for why this expeditionary force is in Portland and under what constitutional authority. Simply put, the Office of Inspector General must investigate Trump’s assault on Americans’ constitutional rights now.” 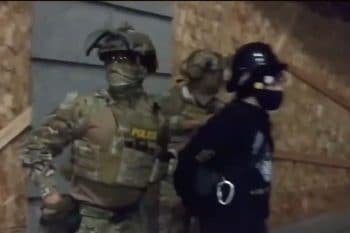 Unidentified, unmarked officers in military gear arresting a protestor in Portland, OR on July 16, 2020. Source: Macha Chai via Damage Report.

“The jarring reports of federal law enforcement officers grabbing peaceful protestors off the street should alarm every single American. This is not the way a government operates in a functioning democracy,” Blumenauer said. “We are demanding an immediate Inspector General investigation into these incidents to get answers from the Trump administration and ensure these disturbing abuses of power stop immediately.”

“The overly aggressive conduct of federal officers in Portland is alarming and unconstitutional. Oregonians must be able to exercise their First Amendment rights safely, without being picked up and detained by unidentified federal officers,” Bonamici said. “The President is intentionally provoking unrest and discord, and our community will not stand for it. He purports to be a law and order President, but his Administration’s actions are political bluster and are making our city and our country less safe. We will not rest until we get answers on behalf of Oregonians.”

Earlier this week, the delegation sent a letter to Attorney General William Barr and Acting Homeland Security Secretary Chad Wolf condemning the escalation of violent tactics against protesters, and raising concerns about the presence of federal law enforcement in Portland. They also expressed concerns that the federal agents may be taking direction from leaders outside of Oregon, and asked how those engaging in illegal use of force will be held accountable.