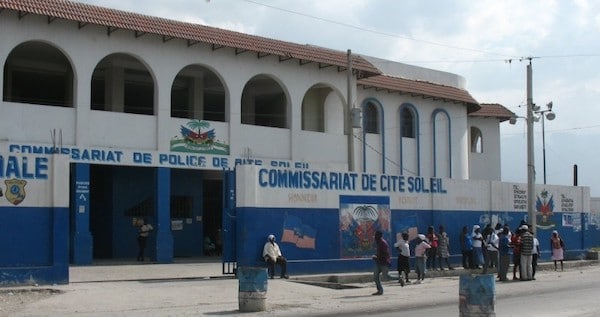 One way to evaluate the seriousness of the Trudeau government’s stated objectives in seeking to oust Venezuela’s elected government is to examine their policies elsewhere in the region. While the Liberals talk about upholding the “rules-based international order,” democracy and human rights in Venezuela, they ignore these lofty ideals in Haiti.

The only reason corrupt, repressive, and illegitimate Haitian President Jovenel Moïse remains in office is due to the continued support of Ottawa and Washington. Since July 2018 there have been massive protests and strikes, including one that shuttered Port-au-Prince for six weeks, calling for Moïse’s removal. Yet the United States and Canada have continued to offer decisive diplomatic, financial, and policing support—a by-product of US and Canadian policy, Moïse benefited from the destruction of Haiti’s most popular political party, Fanmi Lavalas, in the 2004 coup and aggressive interference in the 2010 presidential election in favour of Michel Martelly, Moïse’s longtime mentor.

The constitutional and human rights situation in Haiti is deteriorating. Since the start of the year, Moïse has governed by decree and has recently begun appointing local level officials. There have not been elections of any kind during Moïse time in office, so the mandates of most officials have expired.

Plunging the country into a greater constitutional morass, eight members of the provisional electoral council resigned last week (the other member stepped aside a few weeks earlier). They stepped down in response to a letter from Moïse giving different social sectors four days to either confirm or replace their representatives on the electoral council.

Two months ago, nine gangs in Port-au-Prince brokered an alliance. Backed by Moïse, the “G9 an Fanmi” (G9 and Family) accord is largely designed to deter protests and election organizing. InSight Crime writer Parker Asmann explains, “the G9 alliance has reportedly benefited from strong ties to the government of President Jovenel Moïse. The gang leaders are seemingly free from persecution so long as they help keep the peace in the neighbourhoods they control. In exchange, Moïse’s government has found in them loyal foot soldiers quelling insecurity, stamping out opposition voices and shoring up political support across the capital.”

The mastermind of the alliance is Jimmy Chérizier, who is known by the alias Barbecue. A former police officer, Chérizier was involved in a November 2017 police operation that left at least 14 innocent civilians dead in the neighbourhood of Grand Ravine. Chérizier has also been accused of leading a four-day killing spree in November 2018 that left as many as 71 dead in La Saline. A recent United Nations report also implicated Chérizier in killings in the neighbourhood of Bel-Air last November. After the La Saline massacre, Chérizier was dismissed from the police and a warrant was put out for his arrest. Despite this, the 14-year veteran of the force was photographed in late July smiling next to a group of police officers.

Former police officer Jimmy Cherizier, aka BBQ for his penchant for burning neighborhoods & opponents, is also defacto leader of #PHTK ruling party gang alliance called G9 in #Haiti. This is a recent photo with his buddies in the PNH. pic.twitter.com/wdcuEYgAxz

Chérizier likely joined the police—along with a host of others with ties to criminal gangs—after Canada and the US took over the force following the 2004 coup against Jean Bertrand Aristide. Since then, Ottawa has financed police facilities and Canadian police have trained their Haitian counterparts. Canadian diplomats regularly attend Haitian police ceremonies, but they have rarely spoken out about abuses.

In a Le Nouvelliste interview last month, Canadian Ambassador to Haiti, Stuart Savage, refused to answer a direct question about police repression. The reporter asked, “[On] June 29 there was a demonstration that was suppressed by the police in Haiti. How does Canada, which works for human rights, which funds the National Police of Haiti, which helps the Haitian government, understand what happened that Monday?” Savage responded, “I am not aware of all the facts of this specific event. But I can tell you that in a democracy, the right to organize peaceful demonstrations is a given and must be respected. I hope that here and elsewhere this right will continue to be upheld, because it is necessary that people who have perspectives to share, to communicate, to convey, have a peaceful means to do so.” 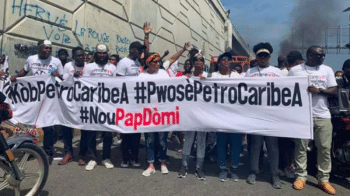 Did Savage or his staff seek out information regarding the repression of a recent Nou Pap Dòmi (We Don’t Sleep) rally—led by a militant group dedicated to the profound transformation of the country’s political culture—covered by Le Nouveliste, and subsequently express Canada’s outrage? I searched in vain for any statements released by Savage’s office that were critical of repressive actions undertaken by the Haitian police. Similarly, Canadian diplomats have remained silent about the G9 gang alliance and the resignation of numerous members of the electoral council. These events have not stopped Savage, however, from taking the time to criticize the government of Nicolas Maduro in Venezuela. The ambassador’s last two tweets reference “serious violation [sic] of the right to democracy by the Maduro regime” and emphasize Canada’s continued support of Juan Guaido, Venezuela’s self-declared interim leader.

As respect for the constitution, democracy and human rights go from bad to worse in Haiti there is barely a murmur of criticism from Canadian officials. At the same time, the Trudeau government claims it is defending the same ideals in Venezuela.