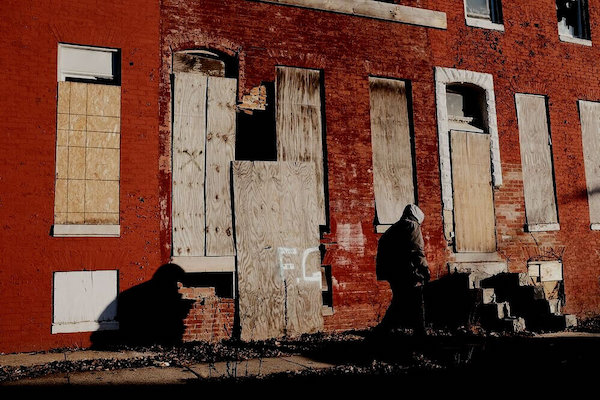 Where is Resistance to Structural Violence of Capitalism? (Photo: Spencer Platt/Getty Images)

The reality in the United States has come to this: 160,000 dead in four months, thousands hospitalized, and many thousands sick or afraid to be sick because they have no sick days and no health insurance. Every week for 20 weeks, over 1 million people filed new claims for unemployment benefits. Real unemployment rates are around 32 percent. In some Black and Brown urban communities, youth unemployment is running between 60 percent and 80 percent. Yet, Congress and the White House are playing games with the extended, enhanced unemployment benefits. “Free market” capitalism has been exposed as a fraud: Instead of delivering the “good life,” capitalism generates misery and systematic human-rights abuses. This has created a deep crisis of legitimacy.

During the Great Depression of the 1930s, the capitalist rulers made concessions to workers to ease the consequences of capitalist failure. Despite that, liberal historical revisionists claim the programs of the “New Deal” represented the enlightened leadership of Franklin Delano Roosevelt, the racist, upper-class patrician who sat in the White House. What is striking today is instead of the people storming the citadels of power demanding their economic needs be met, Republicans and Democrats have been allowed to play—with impunity—the most obscene and cynical game with people’s lives. That is because unlike the 1930s—when the organized people forced concessions from the rulers—progressive and radical forces today lack the institutional capacity and ideological clarity to challenge the U.S. state and win. Even our most progressive expressions of political opposition represented in the so-called Black Lives Matter movement seem unable to pivot to a general opposition to the system, despite it killing more African/Black life than police violence has.

The Black Alliance for Peace (BAP) has taken on the task of building the organizational structure the African/Black working class needs to organize a new radical movement in the United States that combines the power of colonized peoples, the exploited working class, the oppressed and the marginalized into a force that will rid the planet of war, hunger and exploitation.

This week, BAP member and Black Agenda Report Executive Editor Glen Ford wrote about the mistake today’s activists are making in not giving enough weight to the plight of our political prisoners in his piece about Black August.

The recent concern that Trump’s deployment of federal agents in cities like Portland marks the start of fascism in the United States is unfounded. Black and Brown communities have long dealt with disappearances at the hands of police like the NYPD’s “Jump Out Boys.”

Margaret and BAP National Organizer Ajamu Baraka discussed on Radio Sputnik’s “The Critical Hour” how the rapid shift to absentee voting during the coronavirus pandemic has emerged as a central issue in the 2020 U.S. elections. The conversation starts at 59:35 minutes into the show.

Margaret’s talk from the July 25 “No to the New Cold War in China” webinar that Ajamu and Margaret participated in has been printed in the Global Times.

BAP Supporter Network Co-Coordinator Danny Haiphong wrote on how the silence of the U.S. left lays the foundation for a new cold war with China.

Netfa wrote about how the U.S. is using a Russian presence in Libya to further U.S. interests on the continent and globally. Black Star News re-printed his article. Netfa spoke about this issue on Radio Sputnik’s “Political Misfits” and this interview was cited in a Sputnik article. He also discussed the longstanding political issues behind the Zimbabwean government’s decision to compensate white former landowners, why the move is generating outrage among many Zimbabweans as the country’s economy continues to struggle under the burden of U.S. sanctions, and attempts to link the protests in Zimbabwe with the struggle against U.S. police. The interview with BAP member Jacqueline Luqman and co-host Sean Blackmon of Radio Sputnik’s “By Any Means Necessary” starts at 37:57 minutes.