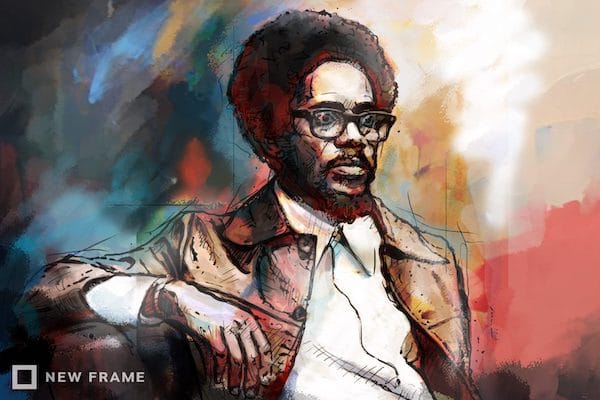 In 1980, Walter Rodney was assassinated by a car bomb in Georgetown, Guyana. He gave this speech at Queen’s College, New York, in 1975. The transcript is taken from Yes to Marxism!, People’s Progressive Party, Georgetown, Guyana, 1986.

My second consideration after methodology, (and I had originally suggested that there were two basic things, and one was the methodology), is to look at Marxism as a revolutionary ideology and as a class ideology.

In class societies, all ideologies are class ideologies. All ideologies derive from and support some particular class. So for all practical purposes we have grown up in capitalist society, and bourgeois ideology is dominant in our society. These institutions in which we function were created to serve the creation of ideas as commodities, ideas which will buttress the capitalist system.

I don’t have the time to go into all the historical roots of the formation of socialism, but briefly, in the 19th century it was in the rise of capitalist society that conditions were created for the development of socialist ideas. Out of the diverse and unsystematised socialist ideas, Marx was able to formulate a clear and systematic theory–scientific socialism. It had a particular class base and because it had this particular class base, it was revolutionary. It sought to transform and upend the relations in society.

A scientific socialist position is and remains revolutionary, because it aims, consciously aims, at undermining that system of production and the political relations which flow from it. This is what I mean by revolutionary.

From time to time there are Marxists who have arisen, who have attempted to deny or denude Marxism of its revolutionary content. That is true. There are Marxists who have become legal or armchair Marxists, who would like to see Marxism as merely another variant of philosophy and who treat it in a very eclectic fashion, as though one is free to draw from Marxism as one draws from Greek thought and its equivalent, without looking at the class base and without looking at whether an ideology is supportive of the status quo or not.

What I will attempt to deal with as best I can are certain questions arising from individuals who might say yes to most of what I’ve said and then will ask the question,

These questions are worth looking into because there are black people asking these questions and we have to try and resolve them. My own formulation will be to suggest that we look at concrete examples of African or black people who have attempted to devise systems which they consider to be non-capitalist and non-socialist, systems they consider valid alternatives to scientific socialism for the emancipation of African people.

In a sense, Nkrumah followed up on this; and although at one time he called himself a Marxist, he always was careful to qualify this by saying that he was also a Protestant. He believed in Protestantism, at the same time. So he was trying to straddle two worlds simultaneously–the world which says in the beginning was matter and the world which says in the beginning there was the word.

And this was the problem, that bourgeois thought, and indeed socialist thought, when we get down to it, can have a variety of developments or roads and aspects or paths. With bourgeois thought, because of its whimsical nature, and because of the way in which it prompts eccentrics, you can have any road, because, after all, when you are not going any place you can choose any road!

So it was possible for these individuals to make what. I consider it to be a genuine attempt to break with the dominance of bourgeois thought and yet find, in the final analysis, that they had merely embraced another manifestation of that which they themselves had suggested that they were confronting at the outset.

There are a number of examples, some more apt than others. Some of the examples actually, are Africans who I think were blatantly dishonest from the beginning. I do think that most of the ideologues of African socialism claiming to find a third path are actually just cheap tricksters, who are tricksters who are attempting to hoodwink the majority of the population. I don’t think they’re out to develop socialism. I don’t think they’re out to develop anything that addresses itself to the interest of the African people. But, nevertheless, it is part of the necessity of our times that our people no longer are willing to accept anything that is not put to them in the guise of socialism.

And therefore I shan’t in fact go on to African socialism. What I’ll do is take examples of those who were, in my opinion, being serious, being honest. And certainly Kwame Nkrumah was one of these. Nkrumah spent a number of years during the 1950s and, right up to when he was overthrown–that would cover at least 10 years–in which he was searching for an ideology. He started out with this mixture of Marxism and Protestantism, he talked about pan-Africanism; he went to Consciencism and then Nkrumahism, and, there was everything other than a straight understanding of socialism.

What were the actual consequences of this perception? That is what matters to us. Let us assume that he was searching for something African and that he was trying to avoid the trap of adopting something alien. What were the practical consequences of this attempt to dissociate himself from an international socialist tradition? We saw in Ghana that Nkrumah steadfastly refused to accept that there were classes, that there were class contradictions in Ghana, that these class contradictions were fundamental.

For years Nkrumah went along with this mish-mash of philosophy which took some socialist premises but which he refused to pursue to their logical conclusion–that one either had a capitalist system based upon the private ownership of the means of production and the alienation of the product of people’s labour, or one had an, alternative system which was completely different and that there was no way of juxtaposing and mixing these two to create anything that was new and viable.

A most significant test of this position was when Nkrumah himself was overthrown! After he was overthrown, he lived in Guinea-Conakry and before he died he wrote a small text, Class Struggle in Africa. It is not the greatest philosophical treatise but it is historically important, because it is there Nkrumah himself in effect admits the consequences, the misleading consequences of an ideology which espoused an African cause, but which felt, for reasons which he did not understand, an historical necessity to separate itself from scientific socialism. It indicated quite clearly the disastrous consequences of that position.

And if we are to aim at transcending these contradictions, at bringing victory and emancipation to the working peoples, the producers of Africa, we will have to grapple with that ideology, which first of all recognises and challenges the existence of exploiting and oppressing classes.

It is a very important historical document. It is the closest that Nkrumah comes to a self-critique. It is the record of a genuine nationalist, an African nationalist who wandered for years with this assumption and feeling that somehow, he must dissociate himself in one way or another from scientific socialism because it originated outside of the boundaries of his own society and he was afraid of its cultural implications.

This is putting it in the most charitable way. But the fear is due, in fact, to aspects of bourgeois ideology. Due to the fact that he made a distinction between social theory and scientific theory, which is not a necessary distinction. That is the distinction which comes out of the history of bourgeois thought.

People seem to have no difficulty in deciding that they are going to use facets of the material culture that originated in the West, whether it originated in capitalist or socialist society. People have no difficulty relating to electricity but they say: “Marx and Engels, that’s European!” Was Edison a racist? But they ask the question, “Was Marx a racist?” They genuinely believe that they are making a fundamental distinction, whereas, in fact, they are obscuring the totality of social development. And the natural sciences are not to be separated from the social sciences. Our interpretation of the social reality can similarly derive a certain historical law and hence scientific law of society which can be applied irrespective of its origin or its originators.

Marxism comes to the world as an historical fact, and it comes in a cultural nexus. If, for instance, Africans or, let us go back to Asians–when the Chinese first picked up the Marxist texts, they were European texts. They came loaded with conceptions of the historical development of Europe itself. So that method and factual data were obviously interwoven, and the conclusions were in fact in a specific historical and cultural setting.

It was the task of the Chinese to deal with that and to adapt it and to scrutinise it and see how it was applicable to their society. First and foremost, to be scientific, it meant having due regard for the specifics of Chinese historical and social development.

I have already cited Cabral in another context and he reappears in this context. The way in which he is at all times looking at the particularities of class development in contemporary Guinea-Bissau, looking at the potential of classes in Guinea-Bissau at this point in time. And therefore he is, of course, making sure that Marxism does not simply appear as the summation of other people’s history, but appears as a living force within, one’s history.

And this is a difficult transformation. This is the task of anybody who considers himself or herself a Marxist. However, because it is fraught with so many difficulties and obstacles, many people take the easy route, which is to take it as a finished product rather than an ongoing social product which has to be adapted to their own society.

One finds that in looking at Marxist theory, at its relevance to race, looking at the relevance of Marxist theory to national emancipation, we come up with a very important paradox. And it is this: that the nationalist, in the strict sense of the word, that is the petty bourgeois nationalist, who aims merely at the recovery of national independence in our epoch, is incapable of giving the people of Africa or the peoples of the Caribbean any participation in liberal democracy.

The petty bourgeois cannot fulfil these historical tasks. For national liberation requires a socialist ideology. We cannot separate the two.

Even for national liberation in Africa, Guinea-Bissau and Mozambique very clearly demonstrated the necessity for an ideological development, for conscientisation, as they say in, Latin America; and the nationalist struggle was won because it came under the rubric of scientific socialist perspective.