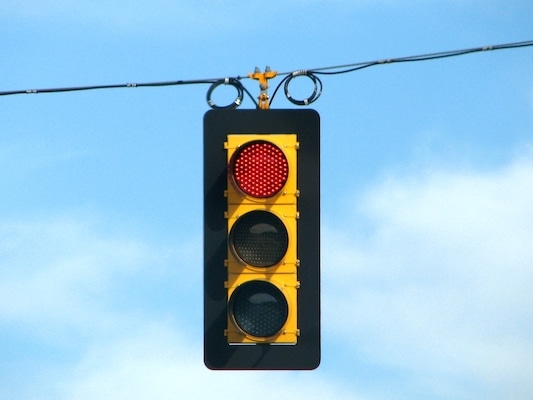 The United States has the highest coronavirus death toll in the world.

It didn’t have to be this way–and in most developed countries, it isn’t. Countries like Germany, Singapore, Australia and Japan have fractions of our death rate.

How did this happen?

In the spring, we shut down our lives and our economy in hopes of reducing the spread of COVID-19 enough to be able to manage it through widespread testing and contact tracing. In spite of that shutdown, today the virus is raging virtually uncontrolled. California recently declared defeat on the whole concept of contact tracing, because there are too many cases to trace. Other states are quite obviously in the same situation.

Was shutting down the wrong approach?

Clearly not. It worked in other countries. So what went wrong here?

We didn’t stick with it until the job was done.

Given our current situation, a shutdown that succeeds in suppressing the spread of the coronavirus is both the best way to save lives and the fastest way to start moving safely back toward social life.

But a shutdown is only effective if it lasts long enough and is comprehensive enough to interrupt transmission of the virus. An effective shutdown reduces the total number of infected people to the point where cases are rare enough to monitor and contain. Then, robust testing and contact tracing are critical to containing isolated outbreaks before they explode.

Public health experts have identified two key indicators for when it’s safe to lift a shutdown:

That second indicator assumes that we are doing a lot of testing–enough to get a true picture of what is going on. Harvard’s Global Health Institute has said that to squelch the virus, we’d need to process about 4.3 million tests per day–which unfortunately is a staggering goal due to federal inaction to increase our capacity to create, ship, administer and evaluate COVID tests.

Using those key indicators, let’s look at what some individual states actually achieved with their shutdowns.

These charts tell the story:

The bottom line is, these states reopened too quickly and without meeting all of the public health crtieria. COVID-19 is still spreading widely.(3)

Our overall American experience is reflected in this chart:

In contrast, successful shutdowns in other countries crushed their infection curves. In those countries, the indicators flatlined before reopening started.

Data from Our World in Data COVID-19 Dataset.

In the United States, in many places we didn’t have strict enough shutdowns in the first place. And even in places where we DID adequately shut down, we didn’t stay shut down long enough to control community spread.

The U.S. states that have thus far succeeded in containing COVID-19 brought at least one of the key indicators below the recommended threshold (less than 1 new case per 100,000 of population, and a positivity rate of less than 3%) before loosening restrictions.

Even in light of these promising results, New York City has prudently decided not to reopen bars or indoor dining yet.

State leadership has been insufficient in many places. But the complete absence of federal determination to stop COVID-19 has set the stage for our national failure. The federal response to this disaster has been to let the states fend for themselves, leaving us with insufficient capacity to meet the imperatives of testing and contact tracing, as well as a piecemeal strategy in a nation of open borders. Not a recipe for success when you are trying to stop an invisible enemy that could be carried by any resident, anywhere.

Needless deaths and suffering will only continue until the United States brings down its level of infections and our chart starts to look like those of the many countries that suppressed the coronavirus. Even then, there is no on and off switch for dealing with COVID-19. It will take diligent, steady leadership to save lives, and that means acting quickly and making hard decisions.

We need to shut down, start over and do it right this time.