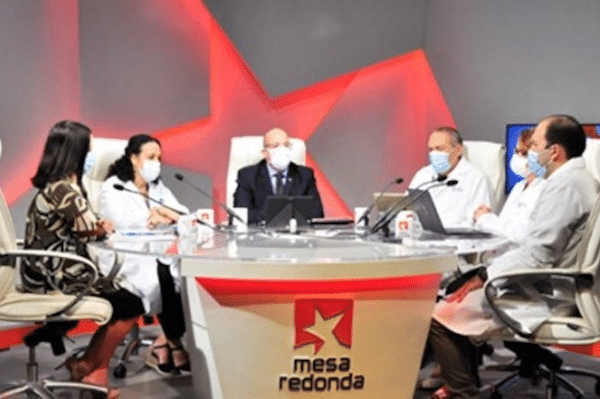 What media moguls don’t want you to know: Youtube and Google attack Cuba and Venezuela

But as President Miguel Diaz-Canel tweeted, “Those who don’t want the world to know about our vaccine blocked Cuban digital channels. Anyway, no one has been vaccinated and the needle prick is already hurting.”

As of 10 pm EDT, VTV’s account has not been restored. The blockade is real.

On Aug. 20, just ahead of programming about the start of clinical trials for Cuba’s COVID-19 vaccine, Soberana-01, YouTube management disabled Mesa Redonda’s channel. Mesa Redonda (Roundtable) airs Monday through Friday evenings on Cuban national television. Its international audience included more than 19,000 YouTube channel subscribers. Mesa Redonda is still streamed through Facebook and the Aug. 20 program can be viewed there.

The Aug. 20 program features details about the investigative process and clinical trials. Addressing the world were the Cuban scientists who developed the vaccine that is big news for the pandemic-shocked world: the Director General of the Finlay Institute of Vaccines, the two women scientists who developed the vaccine and the director of Cuba’s medical regulator agency CECMED. It is the first vaccine trial submitted from Latin America and the Caribbean. Its name, Soberana, means sovereign.

According to a report from Cubainformacion.tv the number of subscribers to Mesa Redonda’s channel had doubled in 2020. Social media like YouTube provide Cuba’s voice unfiltered and unslanted by the imperialist-minded corporate media.

Since it was established in 2009, the Mesa Redonda YouTube channel had accumulated archives of the programs, interviews and documentaries, creating an international resource that is now unavailable.

Cubainformacion.tv also reported the cancellation of three YouTube accounts for the Venezuelan state television channel VTV and access to its Gmail emails. The three accounts were Complete VTV Programs, Multimedios VTV and the dedicated account for live transmission.

The development of digital media and communication platforms opens new avenues to information, views and ideas, challenging the white-supremacist, neoliberal capitalist lens. These tools combat the U.S. propaganda war of lies about Cuba and Venezuela penetrating the media monopoly.

A current example is the scurrilous U.S. slander campaign waged against Cuban internationalist medical solidarity. The Pan American Health Organization awarded the Henry Reeve International Medical Brigade the prestigious 2017 Prize for Public Health. Cuba’s 250 specialized “health workers constituted the single largest medical operation on the ground in Sierra Leone, Guinea and Liberia,” during the 2014-2016 West Africa Ebola outbreak. And now a global movement supports awarding the 2021 Nobel Peace Prize to the Henry Reeve Brigade for the fight to curb the coronavirus pandemic and save lives. (CubaNobel.org)

In the late 1960s, the direct voice of Cuba was only available via shortwave Radio Havana Cuba broadcasts or hand-to-hand sharing of dated print editions of the Cuban Communist Party newspaper Granma. Now, many Cuban publications can be found on the web, on Facebook, through Whatsapp or Telegram subscriptions, YouTube, Twitter and more. TeleSUR, the collaborative media initiated by the Bolivarian Alliance for the Peoples of Our America is a powerful source for news from the world, including Africa, the Caribbean and the Americas.

Communication platforms taken for granted and more widely employed in the U.S. during the pandemic, like Zoom and WebEx, are blocked for use in Cuba. It is time for the economic, financial and commercial blockade to end.