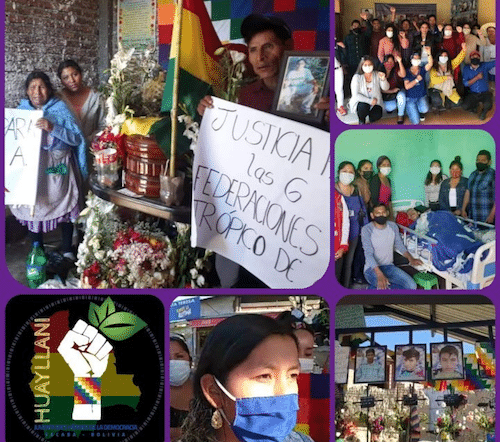 A 12-day national Bolivian blockade led by massive social movements, students, elders, unions and farmworkers ended on Aug. 13. It had paralyzed the entire country, resulting in food/fuel shortages and in the complete instability of the Andean nation itself. The blockade was temporarily lifted after the government agreed to have presidential elections on Oct. 18, but union workers forewarned that, if another delay occurs, expect more mobilizations to continue.

On that same day, a terrorist attack by a group of hooded men used explosives against the centers of Las Bartolinas, a primary union organization of native Indigenous women, and of the COB, a union federation of Bolivian mineworkers. Fortunately, no one was hurt, but the deliberate brutal attacks on rural Indigenous communities have the people on edge.

Amid the blockades, student hunger strikes, privatization of natural resources, increased deaths due to the COVID-19 pandemic and the deliberate abandonment/neglect foisted upon the Original Peoples, Bolivia continues to endure the worst state violence and political persecution it has seen in decades.

Since the U.S.-backed coup took over, the Movement Towards Socialism (MAS) and its Indigenous leaders have experienced non-stop civil unrest. On Aug. 18, the alt-right paramilitary group, Resistencia Juvenil Cochala (RJC), which is funded not only by the oligarchs but by the  National Endowment for Democracy–a private “nongovernmental” operation that is funded by the U.S. Agency for International Development–began passing out leaflets outside local banks with 39 images of Indigenous community leaders. The caption says,

MURDERERS REVEALED!! THESE ARE BOLIVIA’S ENEMIES! 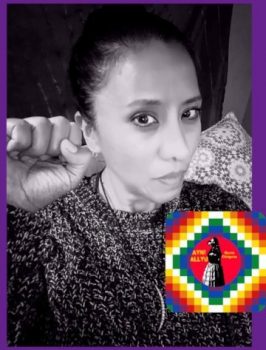 One of the people listed is a young Quechua medical doctor and MAS member and leader, Marisol Coca Calderón, who resides in the Sacaba/Huayllani area, where a bloody massacre took place on Nov. 15, 2019. During a phone conversation with Calderón, she shared with me how she is being threatened and harassed daily. But because the de facto government supports and funds RJC, there is little she can do.

For now, she continues to organize at a small local center called Juventudes de la Democracia Huayllani, which is a safe space for a community hit hard by the coup. There, they hold group meetings, provide support and guidance for one another and grow their own medicinal plants. I asked Calderón what people can do to help. Her response was,

Please keep speaking about us on social media. You are all our voices. We need your support more than ever. And, if people can help to keep the doors of our center open, it would be a major relief to not only the youth but to the widows and children of our protectors who were brutally killed in November.