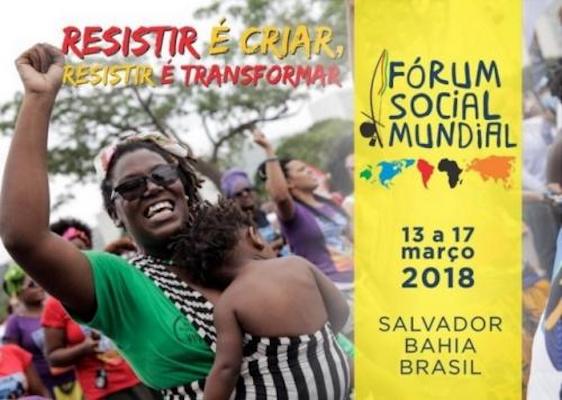 For a new World Social Forum

Towards a NEW WORLD SOCIAL FORUM: Change the World Social Forum in order to change the world–from ‘open space’ to ‘action space’

The World Social Forum will be twenty years old in 2021! A facilitating group is now examining the possibility of organizing a new forum in Mexico City. It is clear that all will depend on the development of the coronacrisis.

We all know the world has changed a lot since 2001 and the first WSF in Porto Alegre. At that time the founders of the forum succeeded in writing a ‘Charter of Principles’ in order to fix the rules of the game and to avoid that the forum become a space of conflicts instead of a space of conviviality and convergence. Far from helping us, the rules for the ‘open space’ have recently been dogmatically interpreted and the forum was not able in not one crucial moment of current history, except in one single circumstance and as an exception,  to express itself as a global political subject.

There have been various initiatives in the past to get out of this impasse and to speak with a political voice from and in the name of the Forum. Think of the huge demo on February 15 2003 against the war in Iraq, initiated at the Forum. Several ‘historical’ participants of the WSF signed the ‘Manifesto of Porto Alegre’ –an attempt to break the paralysing consensus–and have now signed another appeal to change from the ‘open space’ to ‘a space for action’, not in order to make a global political programme but to interact with the outside world. Frei Betto, Atilio Borón, Bernard Cassen, Adolfo Perez Esquivel, Federico Mayor, Riccardo Petrella, Ignacio Ramonet, Emir Sader, Boaventura Santos, Roberto Savio and Aminata Traoré signed this first message.

This initiative is not about imposing a political position on a collective that always has been and will be very diverse. However, at a moment the world is in danger of ecological collapse and in a severe crisis with an emerging fascism, dominant financial capitalism, racism and patriarchy, at a time when young people, women and other oppressed people are once again in the streets to demand justice and sustainable ecological policies, the Forum cannot be absent. It is a moral and political duty to stop the self-reflection and to talk to the world and to act in it.

That is why the signatories of this message want to change the WSF in order to change to world. We think it is urgent to democratize the Forum, its structures and its governance. Logic and history impose a change that has to be the result of an open and participatory discussion. It is crucial to introduce a governance that allows us to go from an open space to a space of action. We therefore propose that the International Council integrates the new social forces that are mobilizing all over the world, that we try to make a more representative body which can take a look at our Charter of Principles so as to adapt it to the new times of the 21st century, that we give a place to the regional and thematic forums, that we organise international days of action, that we can discuss the road to follow to make the WSF a global political subject. This will not be an easy road and will require the openness and willingness of all of us in order to create an efficient body able to speak to the world. There are many possibilities to strengthen the governance and to democratize the WSF. We very much hope they will come out so they can be democratically discussed.

We would like to invite you to participate in this collective reflection. It is an urgent task that can contribute to shape the ‘other world’ we so urgently want and need.

The first signatories are: