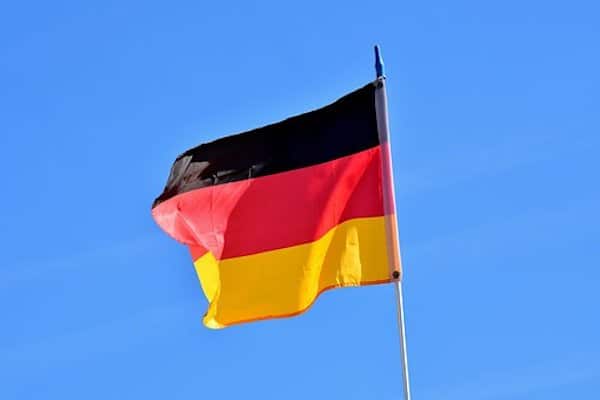 Ever since the coronavirus started keeping the world on edge, there have been arguments about how to interpret what’s happening.(1) From the far-right, we’ve been getting primarily absurd conspiracy theories. Liberal conservatives such as the historian Paul Nolte(2) regard it as the greatest rupture since the end of the Second World War, but have problems determining more precisely what the content of this rupture is.

Leftists are also arguing over a political-economic understanding of the conditions created by the virus. For example, in konkret, Justin Monday (3) criticized the current crisis rhetoric by indicating that the deployment of labour-power is not being fundamentally called into question, but only deferred. And since the idle capital has not been devalued, one cannot speak of a crisis.

The purpose of capitalist production, however, is not the mass deployment of labour-power; nor is it a good life for either capitalists or wage-labourers; rather, it’s the production of profit: the type of profit that can be used to produce even more profit. A crisis exists when this purpose cannot be realized, which is the case at the moment. Not only is no profit being produced in many industries; losses are being incurred because there are also costs involved with idle capital (maintenance costs, storage costs, interest on loans used to purchase equipment, as well as wage costs, since not all employees can be put on short-time work), but hardly any revenues.

The cause of the crisis is exceptional: production did not cease because too much productive capacity was built up in the hunt for increasingly higher profits, but rather because states, in reacting to the pandemic, shut down a large part of non-essential production. But was the crisis therefore triggered “externally”, by a virus that has nothing to do with capitalism?

Only in a few places on this planet does one find nature completely untouched by capitalist conditioning. The habitat of wild animals is becoming increasingly constricted, while the animals themselves are increasingly integrated into the circuits of valorisation, resulting in animal species that hardly encounter each other “in the wild” being crammed into animal markets. That in turn makes it easier for a virus to spread from one species to another. Factory farming is also an ideal breeding ground for the spread of infectious diseases. Unhygienic (cost-saving) working and living conditions make the spread of a virus easier when it has spread to human beings. Already, since the SARS pandemic of 2002–2003, it was suspected that similar pandemics with far greater numbers of victims were to be expected. The German government had precautionary plans drawn up, but these remained shelved.

But it wasn’t just the spread and transmission of the virus that were facilitated by capitalist production processes. How the pandemic developed in individual countries didn’t depend solely upon the speed of state intervention, but also the extent to which health care systems had been destroyed by austerity. It’s no coincidence that the USA has the highest number of victims, where a considerable part of the population does not have any health insurance and many more people are losing their health insurance along with their jobs.

Many leftists who admit that we’re facing a crisis never tire of emphasizing that the virus is not at all the cause, but merely the trigger of the crisis. There were already clear signs of crisis in 2019, they say; the financial crash was imminent anyway. While it is correct that already in the past year there were signs indicating a recession, that was anything but surprising after an almost decade-long boom.

The production downtime enforced by the state accelerates already existing tendencies. Even before the coronavirus, for example, the situation was tense for most airlines, and it was clear there would be further bankruptcies and takeovers. In the automobile industry as well, the international process of concentration is far from over.

Alongside the many losers of the crisis, there are also winners of the crisis such as Amazon, Apple, or Google—the weights are shifting within the capitalist economy, but not in an unexpected direction. At the same time, the existing weaknesses of capitalist reproduction became clear—and not just in the health care sector. It’s not without a certain irony that over a century after Upton Sinclair denounced the working conditions in the slaughterhouses of Chicago, the meat packing industry in supposedly exemplary Germany is still good for a scandal.

After an initial stock market panic, the big financial crash failed to materialize, and in light of the further billions that the European Central Bank (ECB) is pumping into the financial markets, it’s also not to be expected in the near future, which doesn’t rule out minor corrections due to profit-taking. If one now hears from various sides that securities prices are “too high”, that the stock market is “overheated”, this reveals a naive trust in the objectivity of economic indicators. What would be the appropriate relation of securities prices to profits?

A further critique that has been made for years by both conservative neoclassical economists as well as by those leftists who suspect the next crisis around every corner, is the claim that the money brought into circulation so lavishly by the central banks will inevitably lead to inflation. Marx had already quite pointedly criticized this primitive theory of inflation: it’s not the size of the money supply, but rather the use of this money which is decisive for the development of price levels. The money of the ECB and the U.S. Federal Reserve (unlike the money of economically weak countries) can be used for many things; not only to buy goods worldwide, but also for investment in the financial markets, whose products are largely traded in euros and dollars.

It’s not just the central banks that are launching billion-euro programs; national states are also intervening with gigantic stimulus programs. Just like during the financial crisis of 2008, it’s apparent once again that talk of the end of the nation-state is quite untenable. The EU as well does not constitute a trans-nationalization of the state in opposition to nation-states. This error is shared by right-wing opponents of the EU and left-wing EU enthusiasts. The EU is an organization of nation-states. The Council of Ministers, consisting of representatives of nation-states, has far more power than the European Commission or the European Parliament. And the 750-billion-euro European economic stimulus program proposed by Ursula von der Leyen, which for the first time foresees the pooling of European debt, still has to be approved by the member countries.

However, national economic stimulus programs may prove decisive for the course of the crisis in individual countries. After the German government had already spent several billions on short-time work benefits, support for the “solo self-employed”, and so on, a 130-billion-euro program was decided upon at the beginning of June. At its core is a temporary reduction in VAT, which will cost around 20 billion euros. This is primarily intended to strengthen mass purchasing power, but presumably only a small part of this tax reduction will be passed on to consumers, so that in the end it will primarily increase profits for the retail trade.

Nonetheless, this program in general was widely praised. Not only because the “balanced budget” is now a thing of the past, but also because of what wasn’t included: a general car-purchase premium, which would support the purchase of vehicles with combustion engines. A corresponding demand by the automotive industry, the fulfilment of which would have rendered absurd all efforts at climate protection, was also supported by the Green Minister-President of the state of Baden-Württemberg [home state of Daimler-Benz—translator’s note]. The Greens, once in government, are extremely flexible.

But the “grand coalition” [of the conservative CDU and the social democratic SPD—translator’s note] is not greener than the Greens; rather, it carries out the job of the “ideal total capitalist”, as Friedrich Engels accurately described the bourgeois state. What state policy must strive for is not the satisfaction of the interests of individual factions of capital, but rather the long-term interests of capital as a whole as well as the integration of the subaltern classes. The German automotive industry, still the most important single economic sector in the country, is not well-prepared for the switch to electro-mobility that’s coming in the next decade. Subsidizing an obsolete technology would be in line with short-term profit interests (and the interests of the labour unions in employment), but is a dead end in the long run.

The various programs are not concerned with Green or left-social democratic pipe dreams, but rather with competition on the world market in the post-coronavirus era. So far, the Chinese economy has emerged most successfully from the crisis, while the U.S. economy has been hit particularly hard—although it also has its crisis winners. One consequence of the pandemic is likely that the gap will narrow between the economic heavyweights of USA and China. The EU states are affected by the crisis to varying degrees and are reacting accordingly. The aid for the economy mobilized by the German government alone, which comprises much more than the economic stimulus program with its 120 billion euros, amounts to almost as much as the programs of all other EU countries combined. The German economy is already Europe’s strongest. In the future, its strength will increase relative to other European economies.

Nonetheless, the German economy is dependent on the EU as a sales market—almost half of all German exports are to other EU countries—and the Euro would hardly survive the collapse of, for example, the Italian economy. Even more so at the geopolitical level, the German government needs the EU. In this respect, the 500-billion-euro program for European construction proposed by Macron and Merkel, and Germany’s support for the EU Commission’s program—including the common EU debt, which is tough for German conservatives to bear—owe their existence to an understanding of what is necessary for both German capital and the German state as an international player. The ideal total capitalist has learned some lessons, but that’s far from meaning that it has become Green or social.

Translated from the German by Alexander Locascio

Alexander Locascio is the translator, in addition to various books by Michael Heinrich, of Ingo Stützle and Stephan Kaufmann’s Thomas Piketty’s Capital in the 21st Century: An Introduction (Verso, 2017), and various essays in The Berlin Reader: A Compendium on Urban Change and Activism (eds. Matthias Bernt, Britta Grell, and Andrej Holm, transcript Verlag, 2013).

This article originally appeared as„ Profit raten: Lässt sich angesichts der Corona-Pandemie von einer ökonomischen Krise reden?“ (“Profit Rates: Can We Speak of an Economic Crisis During the Corona Pandemic?”), konkret, July 2020. Profit raten is a punning phrase in German—Profitraten means “rates of profit”, while raten is the infinitive of the verb meaning “to advise” or “to guess”.

Cf. ‘“We Are Going to be Working Through This Trauma for Decades to Come”’, interview with Paul Nolte (Freie-Universität Berlin), 31 March 2020.

Michael Heinrich teaches economics in Berlin and is the author of An Introduction to the Three Volumes of Karl Marx’s Capital (Monthly Review Press, 2012) and The Science of Value: Marx’s Critique of Political Economy Between Scientific Revolution and Classical Tradition (Brill, translation forthcoming).