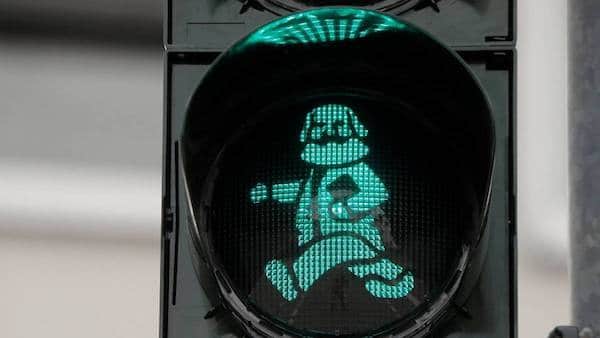 In this post, I continue the draft of sections of my forthcoming book, “Marxian Economics: An Introduction.”  This, like the previous three posts (here, here, and here), is written to serve as the basis for chapter 1, Marxian Economics Today.

Students of economics (and, really, all citizens in the world today) need to have an understanding of where those criticisms came from and what implications they have.

Marx certainly took those criticisms seriously. As he carried out his in-depth study of both the mainstream economic theory and of the capitalist system of his day, his work was influenced by the criticisms that had been developed before he even turned his attention to economics. And then, in turn, Marx’s critique of political economy has influenced generations of economists, students, and activists. While certainly not the only critical theory that can be found within the discipline of economics, Marxian economics has served as a touchstone for many of those theories, not to mention public debates about both economics and capitalism around the world. 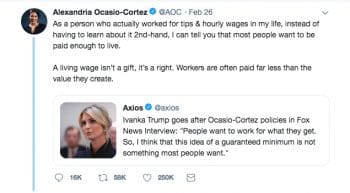 Understanding both the broad outlines and the specific steps of Marxian economics is therefore crucial to making sense of all those debates.

Consider a contemporary example. On 26 February 2019, Alexandiria Ocasio-Cortez responded to Ivanka Trump’s attack on her idea of a living wage by explaining that

A living wage isn’t a gift, it’s a right. Workers are often paid far less than the value they create.

While there’s no evidence that Ocasio-Cortez ever studied Marxian economics (or, for that matter, considers herself a Marxist), certainly the idea that within capitalism workers are often paid less than the value they produce resonates with Marxian criticisms of both mainstream economic theory and capitalism.

Mainstream economists, as any student of contemporary mainstream microeconomics is aware, generally presume that workers’ wages are equal to their marginal contributions to production. The same is true of capitalists’ profits and landlords’ rents. Everyone within a market system, mainstream economists argue (after a great deal of theoretical work, involving lots of equations and graphs), gets what they deserve. Therefore, since capitalism delivers “just deserts,” it should be considered fair.

Not so quick, says Ocasio-Cortez, just like Marx decades before her. If workers are paid less than the value they create, then they are “exploited”—that is, they produce a surplus that goes not to them, but to their employers. And while Marxian economists argue a living wage wouldn’t by itself eliminate that exploitation, it would certainly lessen it and improve workers’ standard of living.

Much the same holds for alternatives to capitalism. They often take their name from some version of socialism (and sometimes communism). That’s why Ocasio-Cortez calls herself a “democratic socialist.” It’s also why so many people these days, especially young people, have positive views of socialism—even more so than capitalism. That represents a big break both from mainstream economists and from their parents and grandparents.

Moreover, many ideas and policies that were once labeled (and then quickly dismissed) as “Marxist” or “socialist” are now accepted parts of the contemporary economic and social landscape. Progressive income taxes, a social security system for retirees, public healthcare and health insurance, minimum wages, labor unions for workers in private industry and public services—all were at one time derided, and now they form part of the common sense of how we think about economic and social policy. Much the same kind of change may now be taking place—for example, with the Green New Deal and the links between contemporary capitalism and the history of slavery.

So, it’s a fascinating time to be studying Marxian economics. It’s a way of learning some of the main criticisms of mainstream economic theory and of capitalism, now as in the past. It also serves to lift the taboos and learn that there are in fact alternatives to how economics is often taught and used to celebrate the status quo and deny the possibility of other ways of organizing economic and social life.

In the most general sense, studying Marxian economics is a path to learn what it means to be an intellectual. Within modernity, intellectuals are necessarily critical thinkers. Whether professors in colleges and universities or people who work in research units of enterprises or government offices, or really anyone who has to think and make decisions on or off the job, as intellectuals, they have to follow ideas wherever they might go. That means not being afraid of the conclusions they reach or of conflict with the powers that be.

That tradition of critical thinking is in fact what animated the work of Marx (along with Engels). He didn’t have a predetermined path. Instead, he worked his way through existing economic theory, carefully and critically engaging the process whereby mainstream economists produced their extreme conclusions. He then started from the same general premises they did—in a sense, offering mainstream economists their strongest possible case—and showed how it was simply impossible for capitalism to fulfill its stated promises.

For example, capitalism holds up “just deserts” as an ideal—everybody gets what they deserve—but it actually means that most people are forced to surrender the surplus they create to their employers, who are allowed to either keep it (and do with it what they want) or distribute it to still others (the tiny group at the top that manages the way those enterprises operate). Capitalism also pledges stable growth and full employment but then, precisely because of that private control over the surplus, regularly delivers boom-and-bust cycles and throws millions out of work.

So, Marx, following his critical procedure, arrived at quite different conclusions—conclusions that were at odds both with those of mainstream economics and of capitalism itself. And then he kept going—with more reading and more thinking and more political activity. He established some initial ideas, threads that were then picked up and extended by other Marxian economists, right on down to the present.

The implication, of course, is Marx didn’t provide a settled theory, to be simplistically or dogmatically applied, but instead a tradition of critical thinking and action.

And, as we will see over the course of this book, the effects of his work have been felt not just in economics, but in many other academic disciplines, from sociology and anthropology through political science and cultural studies to philosophy and biology. In fact, one of the most famous and influential historians of the nineteenth century, whose books are read by thousands of college and university students around the world every year, is the British Marxist Eric Hobsbawm.