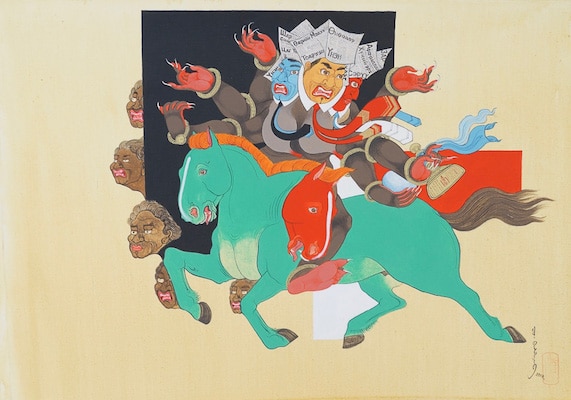 In April 2020, a month after the World Health Organisation (WHO) declared the pandemic, the UN’s World Food Programme (WFP) warned that the numbers of people who lived with acute hunger around the world would double due to COVID-19 by the end of 2020 ‘unless swift action is taken’. A report from the Global Network Against Food Crises–which is comprised by the WFP, the Food and Agricultural Organisation (FAO), and the European Union–said that the pandemic would ensure the highest level of food insecurity since 2017.

None of these reports made the front pages of newspapers. Little was made of the fact that this is not a crisis of food production–since we have enough food in the world to feed everyone–but a crisis of social inequality. This crisis–the pandemic of hunger–should have seized the attention of every country. But it did not. Apart from a few countries–such as China, Vietnam, Cuba, and Venezuela–little has been done to create mass-scale feeding programmes to prevent famine-like conditions (as the FAO warned in May). 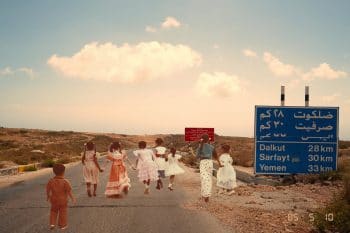 Six months into the pandemic, the question of hunger remains a burning issue. In September, the Global Network Against Food Crises released a new report on the deepened crisis. FAO Director-General Qu Dongyu warned of ‘looming famine’ in many parts of the world, particularly in Burkina Faso, South Sudan, and Yemen. It is now estimated that one in two people on the planet struggles with hunger. No-one should go to bed hungry at night.

Yemen, which has faced an unyielding war prosecuted by Saudi Arabia and the United Arab Emirates (backed fully by the West and by arms manufacturers), has struggled with famine and with desert locusts and now with the enormity of the pandemic. Two days after Qu made these comments, UN Secretary General Antonio Guterres pleaded for an end to the war on Yemen. The war had ‘decimated the country’s health facilities’, Guterres said, which are not able to tackle the near million cases of COVID-19 in the country. The war, he said, has ‘devastated the lives of tens of millions of Yemenis’.

It is important to understand that the population of Yemen before the Saudi-Emirati war began in 2015 was only 28 million, which means that ‘tens of millions’ means almost all of the Yemeni people. A new UN report shows that Canada, France, Iran, the United Kingdom, and the United States continue to fuel this conflict with arms sales. Pressure on the Saudis and the Emiratis, as well as on the Western arms dealers, to end this war against the Yemeni people should be the focus of attention. It is a war that brings starvation to Yemen.

Equally absent in popular global consciousness is the ongoing war in the Democratic Republic of the Congo (DRC), driven in large part due to the presence of immeasurable resources in the country (such as cobalt, coltan, copper, diamonds, gold, oil, and uranium). The war, economic distress, and heavy rain has brought 21.8 million people (out of a population of 84 million) into acute hunger as of December 2019, a situation that has been exacerbated since the emergence of COVID-19. Social indicators in the DRC are miserable: 72% of the population lives below the national poverty line, while 95% live without electricity. These are just two numbers, but perhaps the most startling is the estimated wealth of its resources at $24 trillion. Little of this wealth goes towards the people of the Congo. 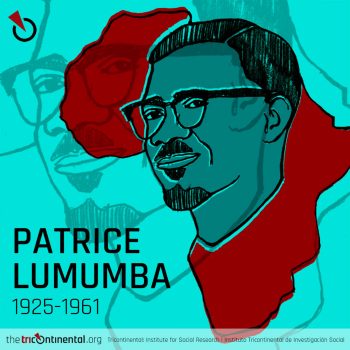 On 30 June 1960, when Prime Minister Patrice Lumumba pronounced the independence of the DRC from Belgium, he said that ‘Congo’s independence is a decisive step towards the liberation of the whole African continent’ and that the new government would ‘serve its country’. This was the promise of the country and the continent; but Lumumba was assassinated by the imperialist bloc on 17 January 1961, and the country was handed over to the Western multinational corporations. Before he died, Lumumba wrote a poem, with a hope that remains alive:

Let the fierce heat of the relentless midday sun
Burn up your grief!
Let them evaporate in everlasting sunshine,
Those tears shed by your father and your grandfather
Tortured to death upon these mournful fields.

It is hard to feel this hope at times, with northern Nigeria seeing an increase in its population of hungry people by 73% during the pandemic, Somalia seeing an increase of 67%, and the Sudan seeing an increase of 64% (a quarter of whose population is now acutely hungry). Burkina Faso, meaning ‘the Land of Upright People’, meanwhile, has seen a 300% increase in cases of acute hunger. When Thomas Sankara led Burkina Faso for four years from 1983, his government nationalised land to guarantee access to those who worked it and launched tree planting and irrigation projects to increase productivity and combat desertification. After the government passed an agrarian reform law in 1984, Sankara went to Diébougou, where he addressed a peasant rally with the promise, ‘Improve our land and farm it in peace. The time is over when people, sitting in their parlours, can buy and resell land on speculation’. All of this ended when Sankara was assassinated in 1987.

The famine sweeping these countries is not from want of resources. The DRC has 80 million acres of arable land, which could feed two billion people if it were cultivated with food crops in an agro-ecological manner; but, as of now, only 10% of the country’s arable land is cultivated. Meanwhile, the country spends $1.5 billion per year in food imports–money that could be used to invest in the agricultural sector, where the main work is done by women subsistence farmers (who own less than 3% of the cultivated land). A lack of power amongst the agricultural workers and the farmers results in a lopsided system that privileges a handful of agri-business conglomerates rather than cooperatives and family farms. 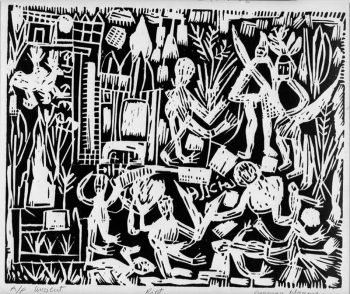 This brings us to India. The far-right government of Narendra Modi pushed through three agricultural bills in the upper house of parliament by voice vote, the loudest shouting their assent while the problems with the bills were not allowed to be debated. The bills have names that suggest an orientation towards small-scale farmers, but they will implement a policy that favours the agri-businesses: Farmers’ Produce Trade and Commerce (Promotion and Facilitation) Bill, the Farmers (Empowerment and Protection) Agreement on Price Assurance and Farm Services Bill, and the Essential Commodities (Amendment) Bill. The bills put the entire agricultural system in the hands of ‘traders’, meaning large corporations, who will now set the terms for prices and quantities. The absence of government intervention leaves family farms at the mercy of large corporations, whose power will now be largely unchecked. This will adversely impact food production and will certainly contribute further to the impoverishment of small farmers and agricultural workers in India.

As hunger increases, so does the attack on those who farm the soil. Little wonder that farmers and agricultural workers across India say that hunger will kill them before coronavirus. This is a slogan familiar to farmers and agricultural workers from Brazil, who–as we demonstrate in our dossier no. 27 Popular Agrarian Reform and the Struggle for Land in Brazil–have long been in the midst of a fight to bring democracy to the land. Like Sankara’s Burkina Faso, the brave sem terra s [landless] of Brazil have their own project: to reforest land that was once saturated with agro-toxins, to occupy unused land that they then farm through agro-ecological practices, and to forge ‘a broad demand for a new vision for the country as a whole’.