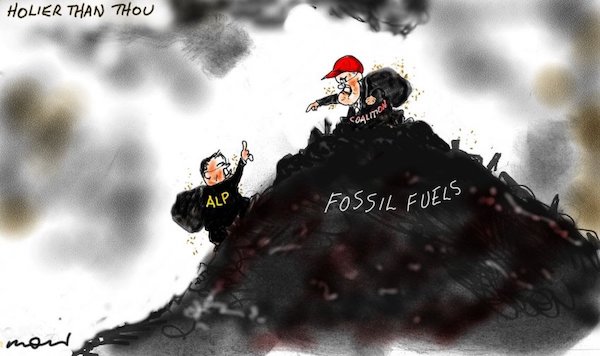 According to a report by the Stockholm Environment Institute, released by Oxfam on September 21, the consumption of the world’s richest 10% accounts for 46% of that rise in emissions.

The richest 1%–63 million people–contributed three times more towards the increase than the poorest half of the world’s population.

These numbers are shocking, but they still understate how much and how fast the rich are exhausting the global carbon budget–a budget the world needs to have more than 50% chance of avoiding a 1.5°C rise in temperature above pre-industrial levels.

This is because the calculations are based on household consumption.

Only a small proportion of the incomes of the rich go in household spending; most is used as capital–which is the power to force other people to work to increase the wealth of the rich.

That capital wields its power through the biggest and most powerful corporations–just 100 account for 71% of global greenhouse gas emissions.

On top of this, some of these companies have been funding climate denialist groups and politicians in a bid to block serious action to address the climate emergency.

Just as the tobacco industry tried to cast doubt on the proven dangers of smoking, ExxonMobil has been exposed running a campaign of deception to undermine the science supporting global warming.

BBC reporter Pheobe Keane said on September 19 that a former Exxon-employed research scientist Martin Hoffert had blown the whistle on the big oil company’s deliberate attempts to hide its responsibility for global warming after he had shown his managers modelling about how burning fossil fuels caused global warming.

“But this isn’t just about Exxon’s past actions. In the same year as the Levine presentation, 1989, many energy companies and fossil fuel dependent industries came together to form the Global Climate Coalition, which aggressively lobbied U.S. politicians and media.

Then in 1991, the trade body that represents electrical companies in the U.S., the Edison Electric Institute, created a campaign called the Information Council for the Environment (ICE) which aimed to ‘Reposition global warming as theory (not fact)’. Some details of the campaign were leaked to the New York Times.

Keane added that the ICE campaign targeted “older, lesser educated males from larger households who are not typically information seekers” and “younger, low-income women”, who could be targeted with bespoke adverts that would liken those who talk about climate change to a hysterical doom-saying cartoon chicken!

There is no hiding the cynicism and cruel disdain for the poor of these nasty corporate manipulators.

But, in the end, even they are just the minions for the rich, who risk burning up the future just to keep corporate profits rolling in.

A joint investigation by Unearthed and HuffPost has tracked Shell and BP’s hidden support for at least eight trade organisations lobbying against climate measures in the United States and Australia.

This cast doubt on the public commitment made by the two companies earlier this year to increase corporate transparency and to help bring planet-heating emissions to net zero over the next few decades.

“In the United States, both Shell and BP support groups such as the Alliance of Western Energy Consumers, which crusaded against Oregon’s efforts to put a price on carbon emissions, and the Texas Oil & Gas Association, a trade group in the nation’s top oil-producing state battling rules to restrict output of methane, a super-heating greenhouse gas,” HuffPost said.

In Australia, the two giants back the Australian Petroleum Production & Exploration Association and the Business Council of Australia, two groups fighting to undercut the country’s contributions to the Paris climate accords. Shell, meanwhile, quietly held its seat on the Queensland Resources Council, a key advocate of building the world’s largest coal mine.

The future is literally toast if profit-driven corporations and the world’s rich continue to run the world.

If you agree, help Green Left build and promote the movements for system change. Become a supporter and get connected with other activists. Consider making a donation to our Fighting Fund to help us keep doing this important work.