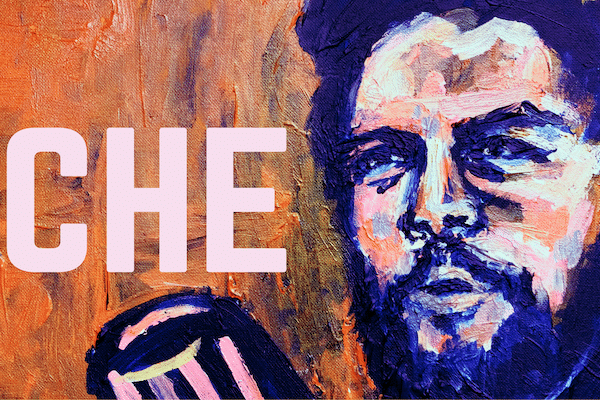 ‘In Che’s view, the making of what he calls the ‘new man and woman’–the unalienated individual with an intrinsic orientation towards a radical sociality–is the central task in creating a socialist society. At one end of his vision were the basic structures of well-being that would guarantee the material securities without which moral solidarities with others are very difficult indeed, i.e. provisions for health, education, nutrition, etc., not to speak of the ability to endure and develop collectively despite the extreme imperialist violence against the Cuban people. At the other end was a vision of international solidarities and obligations. The dialectic of nationalism and internationalism, so to speak’.–Aijaz Ahmad, leading Marxist philosopher, cultural theorist, and senior fellow at Tricontinental: Institute for Social Research

Twenty left publishers from around the world release a joint edition including two essential texts by Che Guevara on the fifty-third anniversary of his assassination by the CIA in Bolivia. These texts, with insight from Aijaz Ahmad and María del Carmen Ariet García, provide us with a clear and resolute summation of Che’s spirit of conviction, scientific insights, human compassion, and unrelenting will to achieve the victory of the oppressed over the oppressors.

In the isolation and shock of a world in crisis exacerbated by pandemic, we search for examples that point towards transformation. The newly launched book, Che, seeks to amplify one of the great figures of national liberation, whose words and deeds re-energised a global movement of resistance to world imperialism: Ernesto ‘Che’ Guevara. This collection of writings on and by Che is an offering for all those who tremble at the sight of injustice. Che stood with the people of the world in their fight to release themselves of the bounds of the profit-hungry against imperialism and devastation, which has wrecked humankind and the natural world.  With his hand on the pulse of the downtrodden but undefeated majority and his sights cast squarely on the source of their suffering, Che led a ferocious attack on the world’s warmongers and oil tycoons, on the henchmen and praise-singers of private wealth accumulation. As Aijaz Ahmad explains in his introduction to the book, Che Guevara ‘was a man who lived his life in the future tense, in permanent rebellion against the world made by capital and empire, and as a fighter for revolutionary transformation of that world’. Though the life and aspirations of an individual can hardly be reduced to specific utterances or a collection of writings, Socialism and Man in Cuba (1965) and Message to the Tricontinental (1967) provide us with a clear and resolute summation of Che’s spirit of conviction, scientific insights, human compassion, and unrelenting will to achieve the victory of the oppressed over the oppressors. In these speeches–shrapnel from the incisive strikes made against capitalism–Che displayed an unrelenting certainty on what needed to be done and the precise focus required to carry out the task of defeating the world system that daily beats and starves people into submission.

‘The historical setbacks that humanity has undergone are tragic. Logically, people like Che and their loyalty to principles are attacked, and many efforts are made to eliminate them. Nevertheless, the force of Che’s thought and actions have become an integral paradigm of these new times. This is reason enough to seek to understand and, in turn, learn from the importance of the works republished in this volume’.–María del Carmen Ariet García, research coordinator of the Che Guevara Studies Centre in Havana, Cuba