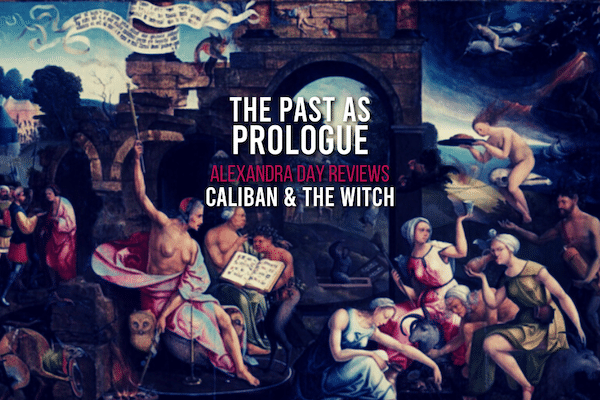 First published in 2004, Caliban and the Witch by Silvia Federici is a work well worth revisiting in 2020.

The call to ‘stay at home’ during the pandemic has raised vital questions about care, work, the home and capitalism. The fact that more work has been piled into the home, and that this has been disproportionately shouldered by women, has shone a spotlight on pre-existing inequalities.

Social reproduction theory, which explains how the replenishment of labour each day is essential to capitalism, helps us tie together these issues. Moreover, it is timely to revisit the question of witch-hunts, a phenomenon which has historically (and to a lesser extent, in modern times) cost the lives of many innocent women.

In Caliban and the Witch, Federici moves from the peasant revolts of the late Medieval period to the witch-hunts and the rise of mechanical philosophy to develop the historical groundings of social reproduction theory. Federici’s method is centred on embodiment, as she attempts to locate the source of women’s oppression under capitalism in the body and reproductive servitude.

It seems, at times, in attempting to develop Marxist ideas of reproduction and gender through the lens of the body, Federici becomes tunnel-visioned, failing to appreciate women as workers in the traditional sense. She has since refined some of these arguments in the subsequent work, Witches, Witch-Hunting, and Women (2018), which provides a more specific analysis of the witch-hunts. Nevertheless, Federici’s historical and gendered approach to social reproduction theory is a great introduction for anyone interested in developing their understanding of the theory or appraising the Medieval period through a Marxist lens.

Federici’s analysis of the peasant revolts of the 1200s and 1300s, as well as her development of the process of enclosure, are particularly compelling.

Federici understands serfdom as a unique form of class relation, as serfs had direct access to the means of production. This did not make them more ‘free’ than the average worker today, though it did give them direct access to land, the tenure of which could be passed down through generations. Indeed, as women also tended the land, Federici contends that they were less dependant on spouses for survival.

Not all serfs were equal, and some underwent a process of proletarianisation in this time–in particular, serfs with no land who moved from place to place, selling their labour. The standing of the serfs, combined with the demographic crisis in the wake of the Black Death (1346-1353), created immense social upheaval.

Federici vividly captures the revolutionary power of the peasant revolts, and their potential, in a way no other author has managed. In her writing, we get a sense of the real desire for the upturning of the established order, and all the complexity such a goal brings. Wages for work, which were established to quell such revolutionary demands, were essential in the development of capitalism.

However, the enclosure of land which accompanied them also played a decisive, yet underappreciated, role. Federici strongly develops how the project of enclosure was a project of rationalisation towards accumulation. Here we see how land transitioned into a vehicle for greater profit–why should common pastures and woodlands, fallow fields, meadows, and marshes be left to idle when sheep could be introduced for the burgeoning wool market?

Surely, the former serfs could be given a wage to process fleece, though Federici goes on to examine how these roles were phased out by greater mechanisation. Thus, the myth of the ‘tragedy of the commons’ (if there is some land that is owned in common by everyone, then the ‘natural’ self-interest of everyone means that this land will be over-exploited and become worthless to everyone) was born.

For serfs, who tilled the land in exchange for a share of its crops, the home was work, and vice ver­sa. Though many accounts ignore this, men and women both worked the land.

Enclosure brought with it a social dimension, as the embryonic division between the public work and the private home created the need for the newly waged labour­ers to work out­side the home all the time, meaning some­one else needed to be at home all the time, doing the domes­tic work. Federici posits that enclosing the common land, where women often toiled to feed themselves and the family, was a direct attack on female independent labour as well as serf self-sufficiency.

That capitalism pays workers just enough, but no more, than what is necessary for them to reproduce their labour-power is central to the Marxist theory of surplus-value, though this idea is expanded upon by social reproduction theory. The daily reproduction of life by eating, drinking, washing, socialising and being housed is vital to the function of capitalism, though, with the division of labour between work and home, women were historically burdened with this task–unpaid.

Caliban and the Witch

Federici contends that the spheres where women continued to exert control over a facet of reproduction, namely birth, through contraception and abortion were increasingly labelled as ‘witchcraft’.

That older women were predominantly labelled as witches was no coincidence, as having passed their reproductive prime and perhaps gained authority on medicine or child-rearing, they could not be factored into the profit-making equation. Federici expands her account of the witch-hunts to also include those ‘rebel bodies’ guilty of non-productive sex, such as gay people, both male and female.

The title of the work, Caliban and the Witch, itself makes reference to the embodied aspects of colonisation, which took shape towards the end of the Medieval period. Caliban being a rebellious yet monstrous creature of the Shakespearean play The Tempest, enslaved to a magician who fled to the island where he lived with his mother, the aforementioned Witch.

Federici compares the visceral bodily horror of witch-burning to the experience of enslavement by those living in the so-called ‘New World’. She contends that witch-hunting was deployed to break community resistance to colonisation and enslavement, as well as to introduce enclosure of land. She draws parallels between the portrayals of African and Indigenous American peoples as ‘cannibals’ and ‘devil worshippers’ to the qualities ascribed to witches in Europe.

Witch-hunting persisted in the Americas much later than in Europe, and it remains alive across the globe today. This question was left somewhat open-ended, though those seeking a deeper analysis should turn to Federici’s 2018 work.

“What’s Past is Prologue”

There are some weaknesses in the work. In locating the nexus of women’s oppression exclusively in the body, Federici inadvertently denies what roles beyond child-bearing women did continue to have. The statement that “the body has been for women in cap­i­tal­ist soci­ety what the fac­to­ry has been for male waged work­ers” almost confirms the idea that women belong to the home or to child-rearing duties.

Certainly, in the context of the period under study, women did continue to work in many similar contexts to men. Indeed, if anything the pressures on women of that time to toil on the land and take care of domestic duties are perhaps more relatable to modern women workers than Federici anticipates. Women from mercantile and clerical backgrounds tended to experience certain restrictions, such as being prevented from standing at windows or wearing certain clothes. For women who had to work, these restrictions were not usually a reality.

That is not to dismiss wholesale the embodied aspect of capitalist exploitation–which is inherently contingent on control of the worker’s bodily life from day to day – but to perhaps question the essentialist angle Federici takes.

“What’s past is prologue”. So says Antonio, another character of The Tempest. We too could say this of Federici’s historic analysis of enclosure and women’s subjugation in the home.

In a time when the relentless abuse of land through single-crop farming, and industrial livestock rearing, has contributed not only to ecological disaster but also to the rise of the Covid-19 pandemic, understanding this history is vital.

Furthermore, state control of women’s sexual and reproductive lives remains alive and well, with the recent court ruling in Poland against almost all forms of abortion, or the government’s attempts to conceal the history of the Mother and Baby Homes, being proof of that. Caliban and the Witch is not to book to end one’s inquiries into these various topics with, though it is certainly an excellent start.