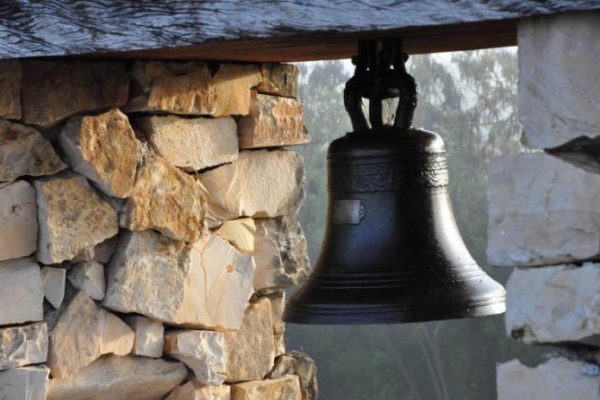 Checking out the World Bank’s website, the first thing we will find is a slogan announcing that the institution’s fundamental mission is fighting poverty. Nonetheless, the World Bank has been one of the principal international financial institutions, along with the International Monetary Fund (IMF), responsible for the implementation of neoliberal policies that have aggravated poverty in a large part of the world. Although the World Bank knows this better than anyone, they will never say so.

Instead, it funds rigorous research to describe how the poor live, the causes of their poverty, and what must be done to eradicate these. The World Bank obviously does not need to investigate these issues; it knows full well that in the regions where it has helped impose neoliberalism, poverty is extremely harsh, with no guarantees or protection of any kind. It also knows that poverty would be eliminated with structural changes, moving in the opposite direction of the policies it promotes, that is, the creation of decent jobs with labor rights and guarantees for the exploited, plus free access to make a reality of the universal, inalienable right to health and education, for example.

But such changes will not be promoted by the World Bank. So why does it address poverty? In order to manage the social discontent that poverty generates, to prevent it from leading to political action against the neoliberal status quo. The bank helps to produce poverty and manages the ways in which it should be perceived and confronted, neutralizing any analysis or social action that implies class struggle and criticism of capitalism.

This method is not exclusive to the World Bank. For a long time, the U.S. capitalist elite has been developing, in the territories it wishes to dominate politically and economically, ways of interfering in internal affairs with a markedly interventionist character, making use of governmental and non-governmental organizations, which, like the banks, operate under a façade, in this case, that of defending democracy, human rights and civil liberties.

In 1997, The New York Times reported that the National Endowment for Democracy (NED), founded in 1983 during Ronald Reagan’s administration by the U.S. Congress with the stated goal of combating communism, was then spending $30 million a year to support “political parties, unions, dissident movements and the media” allied to the interests of the U.S. government. In the case of Cuba, it has been documented that the NED continues, to date, to serve as a means of financing individuals, organizations and media that work for regime change on the island.

For its part, the Open Society Foundation (OSF) is a philanthropic organization founded by U.S. tycoon George Soros in 1993, which invests millions of dollars in thousands of grants every year to “build vibrant, inclusive democracies,” his website states. The goal is to train local opinion leaders with grants of up to $40,000 a year and fund projects for what they call “empowerment” of civil society.

Described this way, the effort sounds like a noble, selfless endeavor, but what they really do is fabricate opinion trends and manage social movements in certain countries as a key part of the U.S. strategy of capitalist domination. The foundation has been linked, for example, to the fall of political regimes in Eastern Europe and the former Soviet republics and the coming to power of governments, not necessarily more democratic, but more atuned to U.S. interests.

I am not saying that the societies where these types of organizations have intervened have no social problems that affect broad sectors of the population and require political, economic, legislative solutions, etc., but intervention for purposes extrinsic to the interests of the people only complicates already difficult situations, with no guarantee of effective benefit for the majority. Social dilemmas remain trapped in a mechanism of political manipulation. Channeling social discontent to serve the interests of certain groups of power in the United States is the perverse objective.

I have given the example of the NED and the OSF, because they are two of the organizations that have supported and promoted the Cuban counterrevolution, which has diversified its field of action over the last decade.

A MEDIA FABRICATED CIVIL SOCIETY AND THE SHAPING OF OPINION

In December 2010, WikiLeaks disclosed a cable from the chief U.S. diplomat in Havana, Jonathan Farrar, in which he sharply criticized Cuban dissidents as “personalist,” “socially unrooted” and “excessively concerned about money,” acknowledging that they are “little known in Cuba outside a circle of foreign diplomats and the press.”

Thus, strategies to promote and support the Cuban counterrevolution were modified with the intention of manufacturing another type of dissidence, in line with the change in U.S. policy toward Cuba that took place during the Obama administration (2009-2017). Since then, one of the key priorities of organizations like NED and the OSF has been to support, on the one hand, the creation of platforms and digital media – which present themselves as independent, but insofar as they are private media or paid by the U.S. government, they are not – and on the other hand, the recruitment and hiring of individuals from the academic and journalistic worlds to become media personalities who, on these platforms financed from abroad, present themselves as standard-bearers in the defense of certain rights and social groups.

The strategy is directed in two complementary directions: the production of a sort of media civil society (a novelty in Cuba’s case, due to the way it is being managed, given expanding Internet connectivity and access to social media here) and the production, at the same time, of a set of opinion trends to create the subjective conditions for regime change.

Among the issues that these digital media and actors seek to manipulate, for their own purposes, are real, sensitive social problems that affect sectors of the population which Cuban media, organizations, and institutions have inadequately addressed in their public information work. Let us take gender violence as an example to highlight the key elements of these opinion shaping strategies, although it is not the only problem used.

A fundamental strategic focus is to force an analogy between the Cuban reality and that of other Latin American societies. This is achieved via an ahistorical and de-contextualized analysis of data, facts and figures, equating, with no consideration on the matter, the character of the phenomenon of gender violence as it exists in our country and how it occurs in other contexts. Why is there so much insistence on equivalence? The issue of equivalence is key to their purposes for several reasons:

-It allows the problem to be amplified, since, while considering that any act of violence is serious in itself and deserves attention, in other contexts violence emerges as an expression of complex socioeconomic dynamics which are different from those that exist in the Cuban context, given the relationship of gender violence to other types of violence typical of capitalist societies.

-Socialism is delegitimized as a model of effective society. If a whole series of structural and systemic questions are ignored in order to conclude that social problems exist in socialist societies just as they do in capitalist societies, then why are we defending it?

-The idea of an institutional vacuum is fabricated. These forces capitalize on Insufficient media coverage of these issues by institutions and the media in Cuba and attempt to popularize the idea that nothing is being done, when, in fact, what is being done needs to be perfected and disseminated in the media. -The Cuban state is portrayed as a failed state, to amplify discontent and, at the same time, to legitimize the importance of listening to “alternative” voices, that is, a platform is created for the political positioning of other leaderships.

-This approach allows for the importing of forms of struggle from other contexts that are often characterized by confrontational opposition to the state, with strikes or social mobilizations. One of the aspirations of this new counter-revolution is to achieve, at some point, sufficient power of convocation to provoke a social explosion and facilitate the longed-for foreign intervention. The goal is to manipulate discontent in such a way to encourage certain sectors to take to the streets and create the conditions for a social confrontation, for conflict and destabilization of the country – the ideal context for a soft coup.

Given this scenario, sketched with an imported paintbrush, President Díaz-Canel has insisted that the Cuban state, its institutions and organizations, are working on perfecting mechanisms to address these social problems, in accordance with the humanist essence of the Revolution. At the same time, the production of contents on these issues, and developing collective leadership for their media positioning, are priority political tasks.