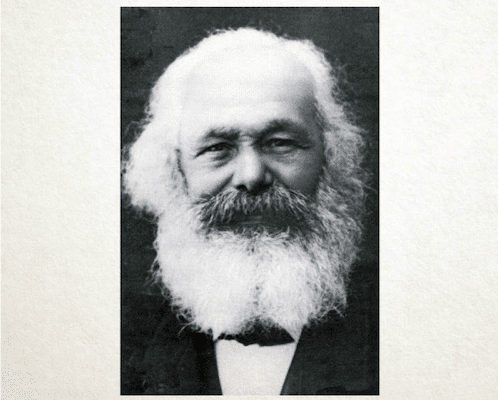 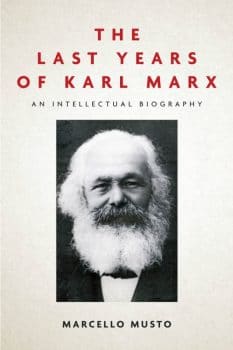 In the millions of pages written about Karl Marx, his final years have been somewhat neglected. Sven-Eric Liedman’s biography A World to Win, published in English translation in 2018, assesses Marx’s late notebooks and correspondence on Russia in depth but gives limited attention to the other aspects of Marx’s latter years, including his important trip to Algeria. Mary Gabriel’s excellent Love and Capital: Karl and Jenny Marx attends to the later years but nevertheless treats Algeria briefly and gives little sense of the broader development of Marx’s thought. In Karl Marx: Greatness and Illusion, Gareth Stedman Jones considers Marx’s late interest in Russia at some length, but dismisses the rest of Marx’s last three years by suggesting it ‘was a period entirely dominated by anxieties about health, both his own and that of various members of the family.’ Jonathan Sperber, in Karl Marx: A Nineteenth Century Life, does better, again assessing Marx’s work on Russia but also giving only a page to the Algeria trip and focusing, for the final year and a half or so, almost entirely on matters of Marx’s health.

There is scope, then, for a revaluation of Marx’s last few years. Marcelo Musto has familiarised himself deeply with the works of Marx and Engels, including correspondence, notebooks and a wealth of other materials. By reading this work closely and contextualising it with the deep knowledge and critical understanding of the secondary literature evident in his earlier book Another Marx, he has produced a study that breaks new ground in our understanding of Marx between 1881 and 1883, though it also leaves a number of important questions unasked. The Marx of his final years becomes, in Musto’s telling, a restless thinker driven forwards by uncertainty and doubt to voraciously devour, synthesise and apply anew ideas from a dizzying range of fields in the pursuit of a better world.

Living in North London in 1881, the 63-year-old Marx produced a vast quantity of largely unpublished work in spite of his own and his family’s ill health. In the first half of 1881 he completed his so-called Ethnological Notebooks, consisting of over 200 pages of notes based on readings about non-Western and pre-capitalist societies. Simultaneously he worked on his Mathematical Notebooks, producing a detailed study of differential calculus. For Marx maths was both a tool to aid his analysis and understanding of the world and, especially in his later years, an important way to relax while maintaining an active pattern of thought when too drained to read or write at length. In the latter part of 1881 Marx also completed his astonishing Chronological Extracts, containing an astounding 550 pages of extracts and annotations on world history beginning in 91 BC and running through to the Treaty of Westphalia in 1648.

Marx took particular interest in the USA during these years. Writing of California in 1880, he noted that ‘in no other place had revolution by capitalist centralisation been effected with such effrontery at such great speed,’ and Musto suggests that had Marx been able to revise Volume 1 of Capital in these years he would have added more on the USA. He read the American economist Henry George’s 1879 book Progress and Poverty, which proposed a single tax on land value to replace all other taxes. Marx dismissed George’s arguments because of the ‘revolting presumptuousness and arrogance’ of their author, and he had no time for the misguided belief that mere changes in taxation might eradicate all the ‘abuses of capitalist production.’

Beyond America, Marx’s correspondence of 1881-82 shows him attending deeply to events in as diverse a range of places as India, Ireland, and France. Nonetheless, it was Russia that stimulated the greatest re-thinking. Through the 1870s Marx corresponded with leading Russian scholars and he later reflected that ‘in order to reach an informed judgement on economic development in Russia, I learned Russian and then for many years studied official and other publications.’ He was particularly taken by the works of the Russian economist Nikolai Chernyshevsky, who he deemed to be ‘a great Russian scholar and critic’ and whose economic works he judged to be ‘excellent.’ Chernyshevsky was especially valuable for Marx in his focus on the obshchina, or peasant village community. As both the Ethnological Notebooks and Chronological Extracts testify, Marx was deeply interested in archaic and pre-capitalist forms of community. Chernyshevsky’s suggestion that the obshchina could be turned in a socialist direction as part of a broader transformation of the productive forces, rather than inevitably abandoned in the face of capitalist industrialisation, was of great importance to Marx’s late thought.

Though he is often characterised as a thinker for whom history passes progressively and inevitably along a series of linear transitions, his late interest in Russia shows Marx himself challenging those who framed Russian history, and the future of the obshchina, in these terms. He was angered by the writings of Nikolai Mikhailovsky, a liberal critic and sociologist, who he felt had tried to transform his arguments into ‘a historico-philosophical theory of the general course fatally imposed on all peoples, whatever the historical circumstances in which they [found] themselves.’ Marx wrote a long letter, which he ultimately never sent, setting out his belief that ‘events of striking similarity, taking place in different historical contexts, [lead] to totally different results,’ and outlining his opposition to the idea that a ‘supra-historical’ theory might act as a ‘master-key’ with which to unlock all historical and political uncertainties. When he wrote a famous letter to the activist Vera Zasulich, at her request, on these matters in which he argued that it was possible to incorporate the obshchina as part of a transition to socialism–he described it as being ‘the fulcrum of social regeneration in Russia’–the letter was kept unpublished because of the importance it may have had to factional disputes within the Russian socialist movement of the time. Misreadings of Marx that insist he proposed a single linear framework for the development towards socialism find one of their origin-points in this moment.

When the second edition of Volume 1 of Capital sold out in 1881, Marx’s German publisher requested that he consider making amendments for a third edition. Marx, though, preferred to focus on completing Volume 2. In the event, neither were possible, and Musto suggests three reasons. First, his German publishers advised that recent changes in the law would make it impossible for the book to be published. Nevertheless, Musto notes that Marx took this apparently bad news surprisingly well, no doubt due to the second reason: at the onset of the 1880s he was waiting to see how an industrial crisis in Britain would be resolved, and his interest in matters in Russia and the USA were becoming increasingly transformative. Changing circumstances in these countries, and Marx’s own evolving ideas, drove him to recognise that ‘certain economic phenomena’ were ‘entering upon a new phase of development and call[ed] for fresh appraisal.’

Marx’s inability to complete Volume 2 was compounded by the third reason–his and his families’ deteriorating health. Marx’s wife Jenny got more unwell as 1881 progressed, and the couple travelled extensively in the hope of finding rest and recuperation. Meanwhile, Marx spent much of the late summer of 1881 caring for his third daughter Eleanor, who had become gravely ill. A strength of Musto’s book is that he demonstrates the immense importance Marx placed on his family and their wellbeing in these years. Marx’s wife Jenny died of liver cancer in December 1881, and he was left doubly bereft when he was pronounced too ill to attend the funeral of his ‘greatest treasure’ by doctors.

Musto’s account of Marx’s trip to Algeria in the first half of 1882 is more comprehensive than anything to be found in the clutch of recent English-language biographies, and reads the trip in the context of the Chronological Notebooks on which Marx was then working. We see Marx hoping to study in more depth questions of communal land ownership in the region, but we also learn more of the debilitating impact his health was having on his capacity to think, read and write in depth and with clarity. Musto explores those of Marx’s observations on Algeria that ‘display a still partly colonial vision,’ whilst also showing how the trip saw Marx criticising the European colonial treatment of Algerians and, in particular, the racist policing experienced by the Arab and north African population at the hands of the colonial powers.

Marx’s Algeria trip matters because it is such an intriguing final journey for him to have taken. Musto helps us to understand the motivations for the trip–largely pushed by Engels, who appears to have seen it as a last great hope for the improvement of his friend’s health as well as an opportunity for Marx to study ‘common ownership among the Arabs’. But we also get a sense of Marx’s loneliness, the ongoing hurt he felt at the loss of his wife, the sense of regret he felt about what he would come to call his ‘ill-calculated expedition’ and the arduous nature of the medical treatments he underwent there. The Marx we find in Musto’s account of his Algeria trip–and the three weeks spent in Monaco on the way back in which he evaluated the place of the casino as the ‘economic basis of Monaco’ frequented by ‘aristocratic idlers or adventurers’–is a more vulnerable, more human Marx than those we find in many other biographies.

Recuperating on the Isle of White in early 1883, Marx received his final piece of devastating news when his daughter Jenny died in Paris. He left for London, only to be confined to the house on health grounds. He set his last known words to paper in a letter to his doctor on 13th January, and would die of heart failure on the 14th March 1883.

Though Musto’s book is the most detailed account to date of these final years, it remains itself curiously incomplete. Musto promises future works that will explore in greater depth both Marx’s Ethnological Notebooks and his Chronological Extracts, and these will be keenly awaited by any reader of The Last Years of Karl Marx. Perhaps more disappointing is the brevity of the treatment of Marx’s attitude to ecology, treated to just over a page here. Musto notes that it was in Marx’s last years that he developed a friendship with Edwin Ray Lankester, an Oxford zoologist who read Capital and engaged with Marx in what Musto describes as a ‘prolific intellectual exchange.’ Yet the content or implications of this exchange is not explored. That this is a loss to the picture that Musto paints of Marx’s final years will be clear to readers of John Bellamy Foster’s recently published book The Return of Nature. Foster suggests that Marx and Lankester’s intellectual exchange was based on sharing a dialectical approach to science, a fierce opposition to eugenics, and a ‘thoroughgoing materialism’ in their approach to social questions.

Nevertheless, in attending closely to Marx’s ideas as they emerged through his theoretical studies, his attentiveness to economic and international events, and his extensive correspondence, Musto gives us a portrait of a thinker in his last years that challenges the representations others have imposed upon him. Instead of the strict determinist for whom economic circumstances dictated all else, what emerges is an attentive and responsive student of the world who ‘spurned any rigid linking of social changes to economic transformations alone.’ Instead of a believer in the natural and inevitable progress from one mode of production to another, Musto’s Marx is a thinker who attends to ‘the specificity of historical conditions, the multiple possibilities that the passing of time offered, and the centrality of human intervention in the shaping of reality and the achievement of change.’

Daniel Whittall teaches Geography and Economics at a college in West Yorkshire.