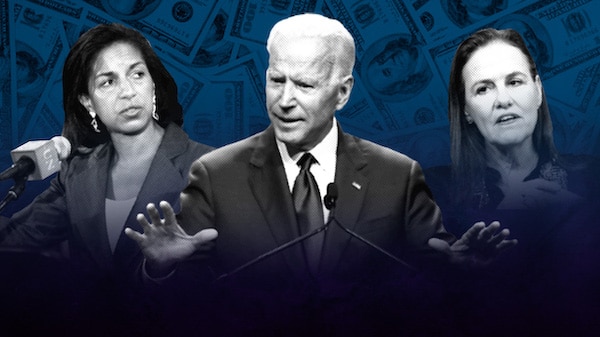 A fter triumphing in a bitterly contested presidential election, all eyes are on President-Elect Joe Biden and who he will choose to run his new administration. For much of October, media spent their time dissecting the news that, despite living a lavish billionaire lifestyle, Donald Trump paid only $750 in federal income taxes in 2016 and 2017. In contrast, little was made of Biden’s self-published tax documents. This is surprising because the returns show that he is rich. Filthy rich.

The 77-year-old Delawarean likes to paint himself as a man of modest means. “I entered as one of the poorest men in Congress, left one of the poorest men in government–in Congress and as vice-president,” Biden said during the Democratic presidential nomination process. And while that was technically true, since leaving the White House, he and his wife Jill have amassed a fortune of more than $16.7 million. For comparison, the median net worth of U.S. households is $97,300. His tax returns show that he received over $900,000 from the University of Pennsylvania in 2018 and 2019. “When I left the United States Senate, I became a professor,” at the Ivy League institution, he told the country in March. Yet records show he has not taught even a single class during his time there. 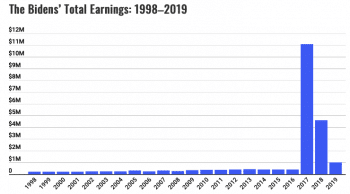 Speaking engagements make up the majority of his earnings, where he is often paid princely sums for minutes’ work. For example, his tax returns show that he was paid over $134,000 for a talk in Fort Lauderdale, FL in January 2019. In this sense, he is following in the footsteps of the likes of Hillary Clinton, Barack Obama, and George W. Bush, who command enormous sums for public appearances–a practice often condemned as little more than payoffs for “good behavior” while in office.

Biden is no stranger to the rich and powerful. He kicked off his presidential campaign last year with a dinner for ultra-rich patrons at a Manhattan hotel, insisting that “nothing would fundamentally change” if he were elected, reassuring them that he would never demonize the rich and that they were not at fault for growing inequality. “I need you very badly,” he concluded.

The former vice-president’s team is also looking to be made up of extremely wealthy individuals as well. His transition task squad has been, in his website’s words, crafted to ensure they “reflect the values and priorities of the incoming administration,” and includes executives from Lyft, Amazon, Capital One, Uber, Visa, and JP Morgan.

One name being strongly floated for a cabinet position is former mayor of Chicago Rahm Emanuel, a move being met with vocal opposition from the left. Emanuel’s first tour of duty in the White House came under President Bill Clinton, where he was one of the key architects of the North American Free Trade Agreement (NAFTA), a deal that decimated manufacturing in the Midwest, hobbled union power, and sent well paying blue-collar jobs to Mexico. In 2016, Trump constantly brought up NAFTA as a weapon to attack Hillary Clinton, winning him votes (and states) across the region. Emanuel also pushed through welfare “reform” bills that sharply reduced benefits for the poor and worked with Biden on the now-infamous 1994 Crime Bill, a key accelerator of mass incarceration. He then left politics to pursue a lucrative career in finance–something that quickly netted him a reported $16 million fortune–before returning and becoming President Obama’s advisor and enforcer.

Many of the president-elect’s potential picks for foreign policy positions–including Susan Rice and Michele Flourney–have onlookers worried. “With a Biden administration, we can expect a continuation of the Middle East wars and possible escalations in places like Syria. Biden could be better than Trump on Iran and Yemen, but judging by his potential cabinet picks, that should not be expected without significant pressure from antiwar activists and lobbyists in Washington,” Dave DeCamp, assistant news editor of AntiWar.com told MintPress. “His administration will likely be more successful than Trump at expanding the empire, with a more diplomatic and coherent approach at building alliances to face Russia and China.”

Rice, who was the U.S. ambassador to the United Nations and National Security Advisor under Obama, has amassed a fortune of around $40 million. After leaving office, she was given a spot on the board of Netflix, being paid $366,666 as a base salary. On top of that, she was given $2.3 million worth of the company’s stock. However, it is her husband, former ABC News executive producer Ian O. Cameron (whose father was a super-wealthy industrialist), who is the prime source of her wealth. She was a key driver in U.S. action in Libya, and also successfully lobbied Obama to place harsher sanctions on North Korea and Iran. 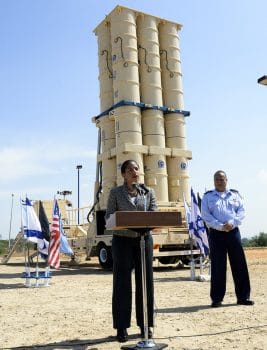 Ambassador Rice speaks in front of an Israeli missile battery in Tel Aviv during an 2014 visit to Israel. Photo | U.S. Embassy Tel Aviv

Flournoy, meanwhile, was Under Secretary of Defense for Policy from 2009 to 2012 in the Obama administration under Secretaries Robert Gates and Leon Panetta. After “serving the country,” she received lucrative consulting contracts, joined corporate boards, and began her own security think tank, WestExec Advisors. By 2017, she was making a reported $452,000 annually.

This isn’t just because of their corporate/financial ties, though of course that’s alarming–can we be sure that people whose private sector career involved leveraging their government experience and contacts to help multinationals secure favorable business conditions will have their intentions calibrated toward good policy and not to their private sector career?

“Biden claims he wants an end to the Yemen conflict, but again, words are only so much. It’s highly likely that he will have Michele Flornoy as his Secretary of Defense who was one of the voices that stated that weapons should continue to be sold to Saudia Arabia (during the Yemen conflict), under certain conditions, as they have a right to protect themselves. This speaks volumes,” said Mariamne Everett of the Institute for Public Accuracy. Rice and Flournoy, she added, were vocal supporters of the disastrous Iraq War, which does not bode well for those concerned with peace.

Marcetic agreed, noting that, while in office, Flourney was “a major liberal interventionist hawk who not only wants U.S. troops deployed all over the world, but has also publicly advocated for the U.S. to majorly exploit its fossil fuel reserves for global dominance,” something  which would be a “disaster for containing climate catastrophe.”

Back in the game

The recycling of old faces (many of them considerably richer than before) into the new administration suggests that there will be few breaks from the past on policy, and more in the way of continuation. Biden himself has largely acknowledged this, tweeting, “When I’m speaking to foreign leaders, I’m telling them: America is going to be back. We’re going to be back in the game.” To many suffering under U.S. sanctions or hiding from U.S. bombs, these words will likely not comfort them. DeCamp suggested that there will be no great difference in policy between Trump and Biden administrations:

Despite Trump being painted as an ‘isolationist,’ his administration has actually expanded NATO, shored up the support of some Asian countries to counter China, and significantly increased Washington’s military footprint in the Pacific. Biden will continue this as he made clear in recent phone calls with Asian leaders and his tough talk on China’s claims to the South China Sea during the last presidential debate. 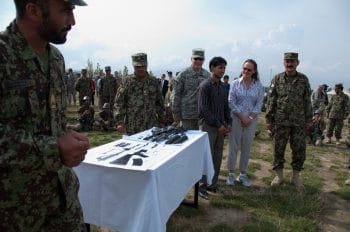 Everett offered a similar analysis, suggesting that, with pro-Israel zealots like Rice advising him, the Biden administration would “expand” on what Trump had done in Palestine as well. Meanwhile, for Latin America, his foreign policy team intends to revive the so-called “anti-corruption drives” of the Obama era, which ultimately overthrew an elected government in Brazil and paved the way for the ascendency of far-right figure Jair Bolsonaro.

Marcetic suggested that Biden would attempt to rejoin many of the international treaties and organizations that the Trump administration had undermined or pulled out of, including NATO and the Paris Climate Agreement.

I expect the prevailing direction of U.S. foreign policy over these last decades to continue: more lawless bombing and killing multiple countries under the cover of “limited engagement,” continuing genocidal sanctions against countries like Iran and Venezuela, ongoing treatment of Latin America as an American fiefdom, and militarism and conflict continuing to be the dominant organising principle of U.S. foreign policy, rather than, say, co-operation and stopping climate change,” he added.

Independent journalist Caitlin Johnstone recently mockingly wrote that Biden will have “the most diverse, intersectional cabinet of mass murderers ever assembled.” If representation is important, it is because it helps assure that people from all walks of life will have a seat at the negotiating table. However, judging by Biden’s wealthy picks, it appears that yet again, no one will be representing the great majority of working-class Americans.