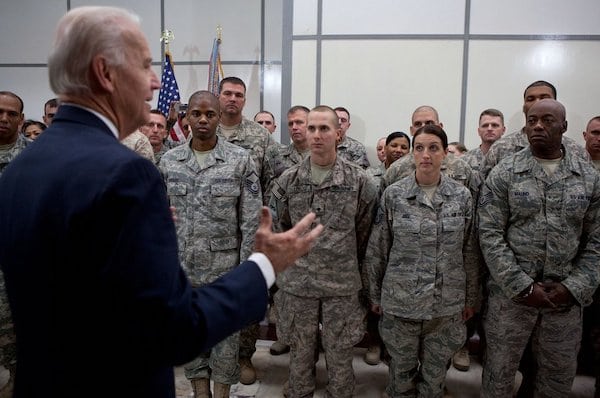 It is becoming more and more evident that despite the strengthening calls to ‘Free Palestine’ and more recent actions to ‘End Sars,’ internationalism will again become a backburner issue. How will Africans in the U.S. combat this and re-establish the anti-war internationalism politics that cemented the Black Radical Tradition and politics of the past? — Erica Caines, Hood Communist

Like most political formations in the United States, Black Alliance for Peace (BAP) members and supporters represent different tendencies. For BAP members, however, elections have always presented a strategic question. That is, the intent is to understand how the election might facilitate or impede our organizing and power building processes.

That is how we have avoided much of the emotionalism and irrationality that seems to infect so many in the United States. For our alliance, a question that helped us maintain a sober perspective was considering the impact of the election of any candidate on the lives of colonized peoples and nations in the global South.

This question became part of a complex process that many members grappled with as they determined for themselves how to relate to the elections. But the candidates’ approaches to war, repression and imperialism seemed to indicate their real values and likely policies on all of the issues we deem important. Thus, it became clear the bipartisan culture of death would continue.

For the peoples of the world, neither candidate offered any change to the rogue statism of the last few administrations. How do the dead of these countries celebrate? Sanctions, proxy wars, direct wars, subversion, domestic repression and militarism will continue to characterize the tools employed by the U.S. state in its desperate attempts to reverse the inevitable decline of the Pan-European colonial/capitalist project.

On election night, no celebration was seen in countries that have found themselves in the crosshairs of U.S. aggression. The millions sacrificed at the altar of arrogant white supremacy have no voice except the voice we give them through our resistance.

We are under no illusions—nothing but the rhetoric changes for the oppressed. That is why the work of BAP continues. 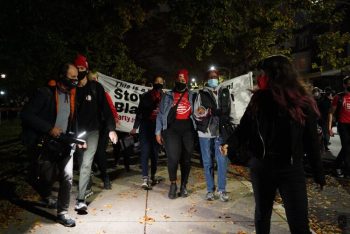 On the November 3 episode of WPFW’s “Voices With Vision”, Netfa Freeman, who represents Pan-African Community Action (PACA) on BAP’s Coordinating Committee, and co-host Craig Hall, featured political prisoner Mumia Abu Jamal and BAP Coordinating Committee member Margaret Kimberley, both of whom provided insight on the 2020 elections and what lies ahead. Then they interviewed Hyun Lee, national organizer for Women Cross DMZ and Korea Peace Now, about what the presidential debates indicate about the U.S. policy toward the Democratic People’s Republic of Korea (colloquially known as North Korea). Plus, BAP National Organizer Ajamu Baraka commented on BAP campaign work and the current political and electoral landscape. 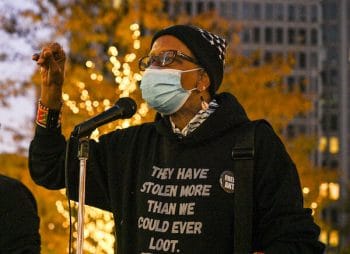 In Philadelphia, BAP member Asantewaa Nkrumah-Ture (seen below, second from right) spoke at a October 27 rally in the aftermath of the police killing of Walter Wallace, Jr.

BAP Coordinating Committee member YahNé Ndgo was cited in the Philadelphia Inquirer on the situation unfolding in that city.Asantewaa (seen below) also spoke at a rally held November 7 to demand Philly for REAL Justice organizer Anthony Smith be released from jail.
Ajamu was interviewed on Radio Sputnik’s “The Critical Hour” about Joe Biden incorporating the weapons industry into his transition team. Ajamu and BAP member Kali Akuno also discussed the possibilities for revolution post-Trump on the Renegade Culture podcast.Netfa was interviewed 84 minutes into Jamaican radio program “This Morning” about U.S. presidential elections. Then on the third segment of the November 4 episode of Radio Sputnik’s “By Any Means Necessary,” Netfa discussed with hosts Sean Blackmon and Jacqueline Luqman (also a BAP member) the ways in which both the Democratic and Republican parties have expanded the U.S. military footprint, the role of the U.S. military on the continent through the U.S. Africa Command (AFRICOM), and how U.S. policies toward China’s presence in Africa will change depending on a Biden or a Trump presidency. On Radio Sputnik’s “Fault Lines,” Netfa spoke about the conflict in the Tigray region as well as what U.S.-Africa policy would look like under a Biden administration, followed by Margaret discussing the U.S. elections. Meanwhile, on Press TV, Netfa analyzed upcoming Libyan elections. Plus, Netfa tag-teamed with Margaret on Press TV’s “News Review” to discuss the U.S. elections.

Jacqueline interviewed BAP member Dr. Charisse Burden-Stelly on The Real News Network on the failures of Black capitalism to meet the needs of African/Black people, no matter which rapper promotes it. Jacqueline also broke down the limitations of representation and election on the Hood Communist blog.

BAP member Erica Caines, a co-editor of Hood Communist, wrote on the blog about Black people’s apathy on U.S. imperialism and how the projected officials for a Biden-Harris administration will further cement what the Obama years had done to the anti-war movement.

Margaret also wrote in Black Agenda Report that the United States “desperately needs a real resistance, people who will organize to defend themselves and to hold elected representatives accountable.”

The Pan-African Activist Sunday School series began November 15 with a webinar, “Intro to SARS: History of Activism and Police in Nigeria.” This effort is co-organized by Black Lives Matter Philly, Black Lives Matter Louisville, Operation Turn Around, PACA and BAP. Watch the recorded livestreams on Twitter, Facebook and YouTube, which featured BAP’s U.S. Out of Africa Network Coordinator Tunde Osazua.

Tunde was also quoted in this article in the Fourth International’s International Viewpoint, on the #EndSARS movement.

November 19: Netfa will speak on a panel, “Unpacking the Implications of American Exceptionalism.” Register at least 24 hours in advance.

December 4: BAP is co-sponsoring a webinar on AFRICOM and human rights that will feature speakers from international women’s associations and Margaret. Register here.