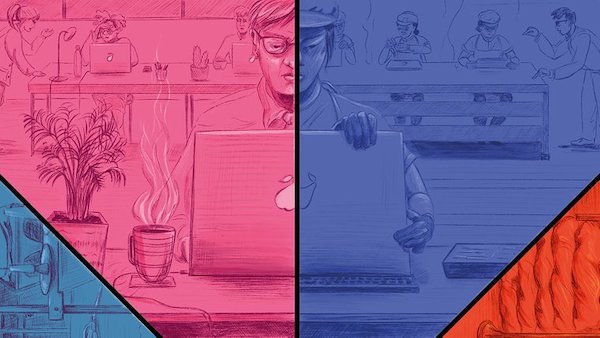 “Equivalent has been exchanged for equivalent.” This is how Karl Marx, writing in his magnum opus Capital: A Critique of Political Economy, described the various exchanges that drive capitalist accumulation. He was referring to how capitalists pay the full value of all the things that are needed in order to produce a commodity–such as raw materials, technology, and, very importantly, labour power.

That might seem like an odd thing for someone like Marx to say. After all, he understood capitalism to be a fundamentally antagonistic economic system, where politics is defined by interests of an exploiting class of capitalists clashing with those of an exploited working class. How can exploitation be taking place if workers are being paid the full value of their labour power? Surely exploitation is all about paying workers less than what their labour power is actually worth?

It is useful to reflect on this question. It not only helps us to understand what was specific about Karl Marx’s theory of exploitation under capitalism, but also supplies some very important tools for better understanding our profoundly unequal world. The world’s 2,153 billionaires currently control more wealth than the bottom 4.6 billion people (60% of the planet’s population) precisely because the worldwide exploitation of working classes has thrown up perverse patterns of maldistribution.

Capitalist accumulation hinges on profit. At the end of day, capitalists have to be able to walk away with more money than they initially invested in the production and sale of commodities. They will go out of business very quickly if they don’t. “More money,” Marx wrote, “is finally withdrawn from circulation than was thrown into it at the beginning.” This extra bit on top–profit–is what Marx called surplus value. And the extraction of surplus value is key to his understanding of how exploitation takes place under capitalism.

In contrast to feudal economies, where lords squeezed surplus from peasants, surplus extraction under capitalism generally happens without the use of direct force and coercion. In a capitalist economy, capitalists and workers encounter each other in the marketplace to buy and sell labour power as apparent equals. Indeed, in Capital, Marx speaks of capitalists and workers as “two very different kinds of commodity owners”. Capitalists own the means of production while workers own their own labour power, which they sell to capitalists. So where is the exploitation?

Marx answers this question by looking at what makes labour power different from other commodities. He describes it as “being a source not only of value, but of more value than it has itself”. This is the source of surplus value. How? Marx argued that the value of a worker, paid out in wages, is based on how much it costs the worker to live–that is, to cover material needs like housing, food, clothing and so on. Wages, then, are not based on how much value a labourer produces in the course of a day. The difference between the two is surplus value. This is the central hinge of Marx’s argument: under capitalism surplus value accrues to the capitalist, and is thereby foundational to what exploitation is and how it works. And, crucially, inequality deepens whenever the difference between wages and the amount of value that workers produce increases. As such, deepening inequality is hardwired into the dynamics of capitalist accumulation.

Capital is powerful, but it’s not all-powerful.

Marx is clear that exploitation under capitalism doesn’t rely on force and coercion to function, yet his analysis is keenly attuned to questions of power. After all, we are talking about an economic system in which capitalists enjoy greater structural power than workers simply because they own both the means of production–machinery, raw material, production facilities and so on–and the commodities produced and then sold in markets. Marx further says that capitalists use this power difference to increase surplus value by intensifying exploitation–for example, by lengthening the working day, by putting downward pressure on wages, by exerting more control over the production process, or by introducing new technologies.

Capital is obviously powerful, but it’s not all-powerful. On the contrary, capitalists’ power to impose the terms and conditions of work from above can be limited by collective struggle from below. The dynamics of exploitation, in turn, are shaped by how workers’ struggles play out. For example, in his 1864 Inaugural Address to the International Workingmen’s Association, Marx reflected on how English workers, having organised and mobilised for 30 years, had finally managed to win a ten-hour working day. This victory, he argued, “was the first time that in broad daylight the political economy of the middle class succumbed to the political economy of the working class.”

Through collective struggle, workers had managed to exert influence over how their labour power would be used. By gaining a legal reduction in hours, workers had set an upper limit on the quantity of exploitation that they could be subjected to each day. It’s rarely put this way, but things like legal regulation of working hours and working conditions, minimum wage legislation, and social protection measures like unemployment benefits and free public healthcare are all examples of how workers’ struggles have successfully imposed limits on the capitalist drive to maximise profit by exploiting labour.

The lesson of all this is that when we try to understand the relationship between inequality and exploitation under capitalism, we need to pay attention to the changing dynamic of power between capitalists and workers. This dynamic impacts the quantity and severity of exploitation experienced by the working class, which in turn has a decisive effect on the degree of inequality in any given society at any given time.

Capitalists, workers and exploitation in the twenty-first century

So far, so good. But what’s the relevance of all this at the start of the second decade of the twenty-first century? Can we really draw on the writings of a mid-nineteenth century revolutionary to understand the world economy of our time?

Yes, we can. Marx’s theories continue to provide crucial insights into how we got here and what needs to be done to challenge exploitation. A good place to start is by considering how inequality has changed with globalisation. Researchers have shown that inequality has risen along with global value chains, where production process are broken into separate activities located in different countries. These global value chains have been driven by transnational corporations shifting industrial manufacturing from Europe and America to countries in the Global South, especially to Asia and Latin America. Poor countries have experienced significant economic growth as a result of their integration into global production networks, and many have made the transition from low-income to middle-income countries.

At first glance this seems a cause for celebration, but when we look closer a different picture comes into focus. As the economist Andy Sumner has pointed out, more than 70% of the world’s poor–people living on less than $2.50 a day–live in middle-income countries in the Global South. This is due to the fact that work in global value chains is profoundly precarious, with low wages, long working hours, poor working conditions, and very limited social protection. This precarious work has enabled capitalists to extract even more surplus value from the vast reservoirs of cheap and disposable labour found across the Global South.

This is part of a larger global transformation. The labour share of income– the part of national income that is allocated to wages–has been declining steadily in both the Global North and the Global South since the 1980s. At the same time, the wealth and income of the richest 1% and 10% have increased dramatically during the same period. In short, the past four decades have seen a huge extraction of surplus value from working classes, and consequently also a huge concentration of wealth and income among corporate elites across the world.

We can’t understand how this has happened if we disregard the fact that the past four decades have also been a period of very successful class struggle from above. The neoliberal political project has reversed many of the historical gains won by progressive social movements–workers’ movements, but also women’s movements, black freedom struggles, and anti-imperialist movements. This has had the cumulative effect of tipping the balance of power between capitalists and workers even further in favour of the former, enabling capitalists to exploit workers more intensively by extracting more surplus value. This is the key to understanding how and why accumulation of wealth at one end is so closely related to the accumulation of misery at the other.

These insights compel us to think about what collective workers’ struggles against inequality and exploitation might look like as we begin what is doubtlessly going to be a deeply turbulent decade. Even before the onset of the COVID-19 pandemic powerful protests against inequality were sweeping the world. We know also that the pandemic has intensified inequalities, with researchers estimating that 400 to 500 million people will enter poverty worldwide as a consequence of COVID-19’s economic impact. So it is highly likely that, as lockdown restrictions gradually ease, popular protests will resume. What would progressive workers’ struggles look like in this context?

First of all, such struggles would have to be based on a strategy of organising and mobilising that moves beyond conventional understandings of what working classes look like. They would have to encompass workers in the informal sector, migrant workers, and unemployed and underemployed workers. Secondly, in addition to challenging the power of capitalists by championing higher wages, shorter working hours, and better working conditions, such struggles would also have to push for a radical expansion of social protection to ensure universal and unconditional access to public goods and services.

As I have argued elsewhere, these would not and should not be struggles to make working class lives a little more liveable within a context of continuing capitalist accumulation. They should instead decisively assert what Marx, in his speech to the International Workingmen’s Association, referred to as the political economy of the working class against the political economy of capital by demanding a fundamental transformation of the balance of power between the two. The goal should be nothing less than the creation of a new system that ends exploitation by vindicating life-making over profit-making. Such a strategic ambition is nothing short of a necessity in the context of an economy that has been deliberately constructed to allow a fortunate few to prosper so endlessly and so mercilessly through the labour of so many.