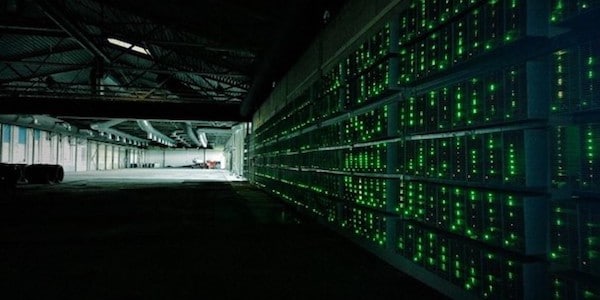 Bitcoin and its underlying technology, blockchain, have become bywords for hype among technologists. It was therefore not entirely surprising to read in a recent book published by Polity Press that ‘Bitcoin is Marx’s dream become reality’. Yet there is something unusual about this claim.

Since its emergence over a decade ago Bitcoin has largely been ignored by the Left. By allowing internet users to make transactions outside the purview of regulatory bodies, Bitcoin quickly established itself as an icon for right-wing libertarians for whom it represents the technological basis for truly ‘free’ markets.

Moreover, the majority of experimentations with blockchain technology have taken place in the finance sector, where innovations such as ‘smart contracts’ are envisioned as ways of automating various administrative processes. Consequently, there has been a tendency among scholars and activists on the Left to dismiss blockchain.

Over the past two years however there has been a growing interest in the technology among groups of socialists calling for the Left to take the technology seriously. One recent publication that seeks to amplify this call is Mark Alizart’s Cryptocommunism.

Blockchain technology, to give a basic definition, is a shared database where the responsibility for recording and verifying data is shared across a network of independent nodes. This differentiates it from regular databases which are usually run on one central server and/or by a central authority.

For this to function however, consensus must be achieved among those independent nodes. They must be able to agree on which bits of data are valid, and which are not. This is the part of the technology that makes it political, Alizart argues. By providing a novel and secure way for data to be reviewed and accepted by each participating node, blockchain technology is inherently democratic.

Seizing the means of monetary production

On this basis Alizart makes two contentions in his book. Firstly, while he agrees with libertarians that blockchain provides a means for undermining and circumventing authority, he argues that it also provides a basis for building new types of institutions outside of capitalism: collectively owned platforms that facilitate the administrative needs of communities.

Secondly, Alizart outlines how experiments with socialism have so far, like capitalism, produced organisations that govern the economy with no democratic participation and limited accountability. Blockchain, Alizart asserts, presents a way out of this democratic deficit by allowing communities to construct their own collectively-run monetary institutions that issue currency. He therefore calls on the Left to use blockchain to ‘seize the means of monetary production’.

Alizart’s arguments are compelling and replete with insights into what a digitally-empowered post-capitalist society might look like. However, for what is essentially a communist manifesto for the twenty-first century, there is a surprising lack of materialist analysis. This is significant because in reality blockchain technology is built on destructive and profit-seeking competition.

On most blockchain networks including Bitcoin, instead of information being processed on one central server, thousands of hardware operators called ‘miners’ compete with one another to process information. They do so in the hope of receiving a reward in units of cryptocurrency like Bitcoin. To maximise their chances of receiving this reward and making a profit they must put as much computational energy into the network as they can.

This is the reason why Bitcoin alone uses the same amount of energy per year as entire countries. Moreover, this competitive feature in the Bitcoin network has led to huge concentrations of power among groups that possess the most efficient hardware. These aspects of blockchain, as well as the labour involved in mining, are unaddressed by Alizart and it should be made clearer that socialists should think carefully before embracing Bitcoin. Similarly, there is an absence of real-world examples to showcase the potential of blockchain that Alizart so forcefully argues for. But these criticisms do not necessarily refute his arguments about blockchain more generally, and real-world examples do exist.

A recently published report by the EU Science Hub collated various projects that are seeking to harness the potential of blockchain technology for the public good. Blockchains, here articulated as ‘digital ledger technologies’, are all across Europe being developed as community-run infrastructures that address issues around privacy, decentralisation, data ownership, and local currency. Examples include an open-source platform that allows users to control their own data called Holochain; an infrastructure for facilitating more transparent, fair and trusted global supply chains called Origintrail; and a decentralised platform for storing and sharing energy data relating to consumption and production called Pylon. In each case, blockchain technology is reimagined and redesigned to serve the public good in ways that address the energy consumption and ownership problems that plague Bitcoin.

So should the Left care about blockchain? Yanis Varoufakis addressed this question in a recent blog post entitled ‘Why Bitcoin is not a Socialist’s Ally’. Varoufakis asserted that under current conditions Bitcoin cannot be used as a tool for transcending capitalism but claimed ‘something like Bitcoin will characterise monetary systems in a future world free of private banks and share markets’. What this innovation may look like, and how significant it could prove to be, are questions that can only be answered through experimentations in design and development. If blockchain development is left to libertarians and finance capitalists, it will of course continue along its current pathways. But these are not the only pathways possible. To ensure such alternative pathways prosper, the Left needs to take blockchain seriously.