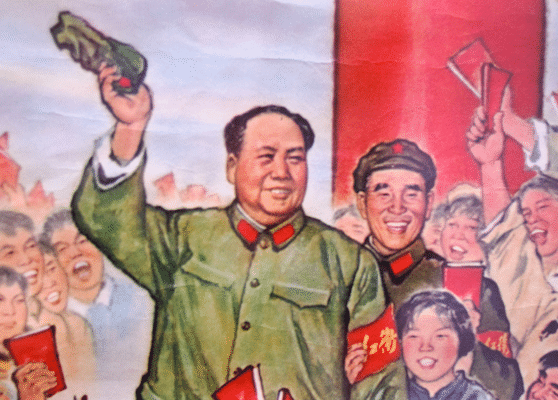 Security think tanks are the leeches of industry. Attached to their appropriate field, they compile analysis that is supposedly masterful, insightful and even useful. Reports can recommend courses of action, from a troop surge in a failing war, to an increase of defence spending in bolstering cyber capabilities. Bunkered in these institutes, the think tanker achieves eminence by detecting what moment in history to exploit, and how best to.

In conducting this exercise, accuracy can become the logical casualty. The security think tank often acts as an operational mercenary. The funders want advice that confirms and affirms a position; the advising think tank wants continued funding.  Such a match is a poison for contrarian assessments. The think tank thereby operates in circles more reminiscent of astrology, seeing patterns where there are none, and impressing their funders that a threat exists on a scale not previously thought possible. This ensures more funding and future projects.

The “China threat” presents one such moment. Analysts are hardly going to be wreathed and garlanded with praise for suggesting that the PRC, while being a disagreeable neighbour and sporting a terrible human rights record, is not quite the external threat it is made out to be. China is not Australia’s foe, despite efforts being made to paint it as such. Former Australian ambassador to Beijing Geoff Raby suggests a deep confusion in Canberra’s policy, unable to negotiate the line between “China as an enemy” and the sycophancy of “China tickle our tummies”.

A primary think tank tasked with China threat inflation is the Australian Strategic Policy Institute. Hugh White, formerly Deputy Secretary of the Department of Defence and ASPI’s inaugural director, wrote on the occasion of its 15th anniversary that its “primary purpose wasn’t to contribute to public debate about defence policy, but to provide an alternative source of policy ideas for government.” But things changed. The quality of defence policy fell; demand from government officials for genuinely independent advice “largely evaporated.” ASPI joined the forum of public debate rather than staying in the field of “good policy making.”  White, for his part, became an establishment heretic, suggesting that the U.S. share power with China in a “Concert of Asia” comprising Japan and India.

Think tankers that boast about being independent and non-partisan are often neither. But ASPI does so in a bellowing manner. It insists on being “independent in the content of our research and in all editorial judgments and employs a rigorous internal and external peer review process.” A more detailed picture of where the organisation receives funding would be helpful. Current percentages of revenue come in at 35% from the Department of Defence and 32% from federal government agencies. An interesting figure, and not much talked about, is that of 17% from “overseas government agencies”. Defence industries contribute 3%, and the private sector 11%.

Such figures are strikingly vague, and ASPI is unwilling to divulge further. As Marcus Reubenstein notes in Michael West Media,

Its main funding was an annual grant from the Defence Department but over the past decade it has developed more and more revenue streams–and no obligation to reveal exactly who pays it what.

ASPI has been singled out as a notable agent of influence–and U.S. influence at that–by one of Australia’s most seasoned political commentators and public servants John Menadue. That influence is part of, according to Menadue, a seizure of Australian foreign policy (whatever is left of it) “by the defence, security and military clique led by the Department of Defence, the Australian Strategic Policy Institute which is financed by DoD and defence contractors, ASIO, Border Protection and the Office of National Assessments.” That clique, in turn, is “heavily dependent on the U.S. Departments of Defense, State, CIA and FBI for advice.”

The corollary of such a seizure of power is the think tank’s hearty condemnation of Chinese villainy, often through the issuing of statements and reports filled with errors. Executive Director Peter Jennings busies himself with warning of the Sino-monster. The think tank’s director of defence, strategy and national security Michael Shoebridge opines that if “there’s reasonable grounds to believe the end user [of Australian research] will be Chinese military or Chinese security, the research partnership should not go ahead.” ASPI experts warn of advances made in China in the field of weaponry, necessitating a more robust missile defence. They also warn of democracies being “hacked” by China and that other bogeyman Russia, assiduously avoiding the United States as one of history’s keener political meddlers. As Menadue observes,

Australian politicians have also picked up the whiff of that complex steaming from ASPI. In February 2020, Labor Senator Kim Carr publicised ASPI’s U.S. State Department largesse of AU$448,000, splashed out by the Global Engagement Centre, to monitor Chinese research collaborations with Australian universities.  (ASPI claimed the amount was half that.)

GEC’s special envoy is a former naval intelligence officer and Fox News correspondent, Lea Gabrielle. The centre’s purpose, in its own words, is, “[t]o direct, lead, synchronize, integrate, and coordinate efforts of the Federal Government to recognize, understand, expose, and counter foreign state and non-state propaganda and disinformation efforts aimed at undermining or influencing the policies, security, or stability of the United States, its allies, and partner nations.”

ASPI’s receipt of such funding commends it as an auxiliary of U.S. interests, targeting Chinese involvement in the Australian university sector and elsewhere. But the illusion of independence must be kept, and the US-sponsored study, called the China Defence Universities Tracker, removed any acknowledgement of the GEC in its online publication. The PDF version, however, acknowledges, with gratitude, funding from the U.S. State Department. For all of this, ASPI claims that registering with the Foreign Influence and Transparency Scheme (FITS) somehow exonerates it, providing “visibility of the nature, level and extent of foreign influence on Australia’s government and political process.”

Assessments by ASPI have become the stuff of Australia’s parliamentary record, notably from the government side. Material and projects are mentioned in parliamentary speeches. In August this year, we saw Liberal Senator Sarah Henderson assail China’s Belt and Road Initiative with a perspective that would make any small-minded patriot proud. The words of the institute are cited religiously: “The BRI is a strategic path to assert China’s growing power.” The Victorian State government comes in for a beating, given its involvement with the BRI scheme. Involving “Chinese companies in Victoria’s so-called AU$107 billion infrastructure big build” would take place “at the expense of Victorian jobs and the interests of Australian companies.”

Senator Henderson’s crude reasoning of build and grab is accompanied by the fear, made clear by ASPI, that the Victorian government would be bringing in “a whole set of Chinese communications control and collection technologies, along with the so-called big build.” This presented a “prima facie concern to our national interest and, potentially, to our national security interests.”

This is not to say that the Victoria-BRI deal is not problematic. It was made with China’s National Development and Reform Commission, the entity responsible for the “social credit” system central to a mass government surveillance program. But it is also worth noting, as Bernard Keane does in Crikey, that the conservative Abbott government, in which Scott Morrison was immigration minister, also had its China deals. The free trade agreement between Beijing and Canberra came with a loosening of strings for the agricultural sector. Chinese workers on temporary contracts were brought in, compromising labour market protections for local workers. The Murdoch press shouted down concerns from the unions with accusations that they were merely being xenophobic.

With ASPI having the ear of Canberra’s political gallery, not to mention wallet, Sinophobia has become very fashionable indeed. The Australia/US defence intelligence complex demands it and the moderates have been cast as appeasing heretics.