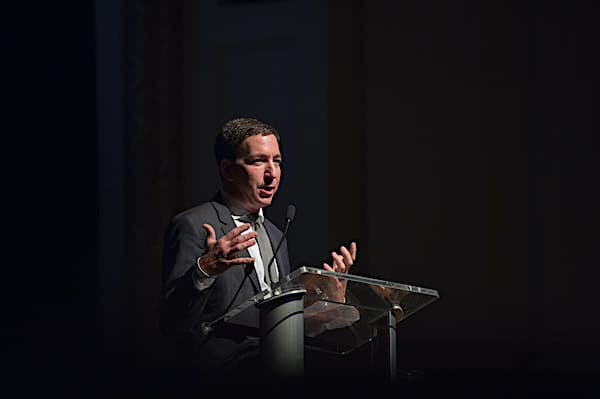 The mosquitoes were getting bothersome.

—  Opening line of the last paragraph of Chapter 5 in Pnin, a novel by Vladimir Nabokov, 1953

Well, the weather report is in, as we transition from Trump’s Titanic to Joe Biden’s Adventure, and it looks like we’re all in for a “dark winter” of the long knives; so, hopefully, there are no Towering Infernos in the forecast as well! In the journo-world, certainly, the knives are already out…

Today, swarms of Corporate Media “self-limiting mosquitoes” are rejoicing–in their small buzzing ways–over the self-banishment of that notorious gadfly Glenn Greenwald from the Kingdom of Left-Liberal-“Woke!” orthodoxical rectitude. Many of that Kingdom’s practitioners took note of Greenwald’s departure from The Intercept, like The Daily Beast. As an example of that liberal on-line publication’s high journalistic standards, the Beast’s initial report referred to The Intercept’s editor, Betsy Reed, as “Betsy Klein” throughout. Perhaps that mistake has been corrected by now. Clearly, the writer had mistakenly conflated Naomi Klein, also a contributor to The Intercept, with Reed; or, maybe “Kamala Biden’s” the President-elect, and it was really “Glenn Taibbi” who stormed out of The Intercept in a huff? Such a Kingdom!

Of course, King-elect Biden’s now the soon-to-be Mayor of Crazy Town, but–“No Worries!”–he’ll be mainly in the basement, Nosferatu-ing around, or even Strange loving it up in the deepest White House bunker, depending upon what the girls and boys, upstairs in the Royal Cabinet, decide. Word has it that Biden’s assured the Big Oil Boys that there’ll never be a “fracking-shaft gap” under his administration…

Question: Can a “self-limiting mosquito” survive a nuclear blast? There are certainly some questions concerning this incoming Biden administration, but Betsy Reed, the aforementioned editor of The “intercepted” Intercept, won’t be asking any of them. Instead, she can now almost certainly certify, to the Right-Liberal echo-system, that her Newsroom is very nearly gadfly-free because:

Glenn Greenwald is gone! Flew out of the room on a broom, a witch to be burned!

Ironically, of course, Greenwald co-founded The Intercept in 2014, after playing a leading role in breaking the Snowden story which, in retrospect, was really a poor way to make friends with the NSA, and all the other D.C. spooks for which they stand. This was a pardonable offense, in respectable Liberal circles, however much these circles would prefer to see Snowden hung. Yet, the tenacious Greenwald persisted in his heresies, and wandered into unforgivable sin territory by relentlessly exposing the baselessness–and sheer absurdity–of the “Russiagate” conspiracy theory, a construct of the National Security State which used its Liberal Media assets to spin this intelligence agency hoax 24/7 during the entirety of the obviously weird Trump presidency; for this, Greenwald earned a Siberian cold shoulder.

Before leaving that subject, it should be noted that Trumpy the Clown played along: after all, he was the Star of the Show! Trump also managed to put Israel First for 4 years, with a couple of “MbS” patches sewn in to his silky Red ties, for good measure: or, it’s not “Russia” that’s been calling the shots from 1600 Pennsylvania Avenue the last 4 years, from a strictly “foreign influence” point of view. Now, 80 million “historic” votes later, Joe “Don” Biden’s got the helm, and Betsy Reed must be so ecstatic! She did her job, and delivered the goods from her small but well-padded perch in the Liberal echo-sphere…

To digress just a moment, but this is one weird hand-off, from one crookedly connected old white guy to another crookedly connected old white guy, which reminds me of a scene from Roger Corman’s 1975 film Death Race: 2000; which is to say, to summarize the scene: “It’s a hand grenade.” Small fun note: in Corman’s Death Race, the capital of China is still “Peking,” from which “Mr President” presides over the eponymous, dystopian competition–the action of the film–just like a Game Show Host: Surprise! Haven’t we seen this movie before?

Nevertheless, Mr Greenwald’s been pilloried before this latest incident, and in officially subtle–or not-so-subtle–character-assassination fashion. Ian Parker of The New Yorke r: “Take a bow and come on down! The Price is Right!”  Parker’s piece on Greenwald appeared in The New Yorker in the August 27, 2018 edition of that esteemed cartoon publication, which also features random texts strewn about its high-glossy pages. The sheer tactile experience of leafing through the soft-pliant pages of The New Yorker– or even pausing long enough to get lectured by one of its “articles”–is almost ineffable. Unfortunately, I did not have the light pleasure of holding this stylish rag-azine in my own two crude hands, but rather came across this particular article courtesy of a Matt Taibbi link in his Substack piece on Greenwald’s resignation from The Intercept.

What struck me first–as it was intended to–about Parker’s Greenwald hit-piece, was the iconographic photograph of Greenwald klieg-lit from below at a podium, as if he were a Nazi apparatchik from 1932–or even Richard Spencer, today. Typically, for this style of propaganda, the photo’s in black-and-white. It’s a kind of Leni Riefenstahl thing, as everyone in the New York fascist–or fashion–industry understands. The tenor and tone of Parker’s report is entirely pharmaceuticalized, because this New Yorker writer knows the rules, and thus goes on to paint Greenwald as an angry, conspiracy-minded, white-supremacy type man with Daddy issues. Perhaps this is merely “professional jealousy?”

Parker writes, in defense of his thesis framed but not spoken, that “Greenwald writes aggressively about perceived aggression,” and that he’s a “bully and a troll.” Nice words–are the gloves off yet?–and way to set the Glenn Greenwald story straight! “Hey, somebody get this guy a Pulitzer!” Reading between these lines, it is easy to see that aggression against Palestinians, for example, by the IDF, or Israeli Defense Force, is merely “perceived”; at the mighty New Yorker, they don’t receive this perception. Glenn Greenwald, to the contrary, does,  so he needs to be “properly framed,” lest anyone on the ever-so-invested Left think that his critique is anything but a Far Right-Wing fraud.

Evidently, the evil that Mr Greenwald represents has disturbed some icy, pristine waters: “One feels so scored by such skates on the ice!” Still, the conservatively liberal New Yorker is not the only publication to weigh in on the “danger” of Greenwald’s journalism; the less-than-more mighty CounterPunch has also published a piece, by one Will Solomon, strenuously critical of Greenwald’s supremacist white–ringedness.

Mr Solomon’s article appears in the 10/30/2020 on-line version ofCounterPunch, or the day after Mr Greenwald announced his Intercept departure, so it’s a seemingly “fresh take” on that, mysteriously entitled: “What Happened to Glenn Greenwald?”, as if the proudly right-wing Bolsonaro regime had gotten its wish and whisked Greenwald away to one of its illiberal rendition gulags, and we’ve not heard a word or Tweet from the feisty gadfly since. Thankfully, this is not the case.

Instead, Solomon is distressed that Greenwald has morphed into a “kind of fanatic” who is “effectively running cover for the American fascist right.” Quite a bold statement there, but, one wonders: Could writers like Mr Solomon be running cover for an American fascist left? Fascism’s certainly “in the air”–at least one hears the word spoken frequently enough these COVID-days; moreover, it’s rather obvious by now–if it wasn’t already then—that Mr Trump didn’t really measure up, so maybe Mr Biden will do a better job of it? From his “Built Back Better” basement, of course!

Solomon’s not-poorly-written rant against Greenwald’s “reflexive contrarianism” reads like another sign of the mainstream Lefty-liberal-land times, which is hard right-trending, curiously enough. “No time for Socrates, folks!” Glenn Greenwald clearly stands accused of stinging the Athenians of the Liberal Corporate establishment in their pieties–and they’re pissed! Also the intelligence agencies, for whom these Athenians are standing and speaking, more and more–louder!

It appears that the gavel which will be soon slammed down on the Desk of the American People–and other People of the World, mostly Brown, in keeping with the “normal” custom–by the incoming Biden administration will have a Donald Trump decal on it; meanwhile, minor functionaries of the Total Propaganda Network, like The Intercept’s editor, Betsy Reed, will also be wielding that same gavel, to help clear the air of any objections, or–Gasp!–normal, rationally human, questions…Currently, the clever folks who brought us the Trump phenomenon as “President of the United States of America!” are re-branding this Clown as a real American “folk hero.” Hereafter, all who resist the so-called “Great Reset” will be labeled “Trumpers” when, in most cases, nothing could be further from the truth.

However, this is–“Don’t ya know?”–a “post-truth” moment of History, and anyone who says otherwise is just repeating “fake news,” or “misinformation,” and will be appropriately de-platformed, or detained indefinitely, according to the severity of the heresy, based kangaroo-courtedly on their particular criticism–just a Thought?–crime

Individuality of Criminality shall not be abolished! All rise. and Praise the Individual! And, furthermore, Lock it up!

In a recent interview with Jimmy Dore (“Spellcheck” just tried to turn “Dore” into “Gore,” so maybe Al Jr. really did have something to do with the Internet?), Greenwald noted that the pushback he received from Betsy Reed atThe Intercept over his Hunter Biden story stemmed from bad blood over the 2016 election, as if sites like The Intercept had skewered her Highness Hillary’s seemingly pre-ordained Uber into the Oval Office; and also that mainstream Liberal powerhouses blamed the too–Left for that loss–as if the majority of Americans were even reading things like The Intercep t for their “News” to guide them concerning whom to vote for…”When in doubt, always punch the Left!”–wasn’t that the lesson of 2016? The real reason that Glenn Greenwald has been pilloried for flakking for the “far right” is that he is, in fact, too-far-left for comfort for those who prefer their good standing with the National Security State and its many minions. So: Who’s afraid of Glenn Greenwald? The short answer is: the New Athenians, and they are COVIDly sick and tired of hearing critical voices from their “all-too-human” Slaves!

Hear ye, hear ye: All rise and condemn the Gadfly, in all its Gadflyly forms!

Hail the reign of your New Master, the Self-Limiting Mosquito!