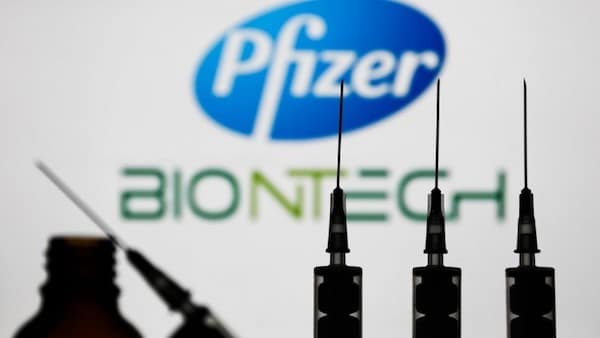 The World Trade Organization (WTO) is currently discussing a proposal by India and South Africa calling for a waiver of certain rules on intellectual property rights to allow poor countries to produce COVID-19 vaccines. Backed by about 100 countries, the initiative to temporarily waive some elements of the TRIPS Agreement—an international legal agreement that protects patents on essential medicines—has been opposed by Ottawa.

The Liberals’ opposition to the “Waiver from certain provisions of the TRIPS Agreement for the Prevention, Containment and Treatment of COVID-19” is particularly galling since Canada is hoarding COVID-19 vaccines. A recent report showed that Canada was the worst offender in the world, having amassed enough vaccines to cover the entire Canadian population five times over. Many poor countries have barely enough vaccines on order to cover 10 percent of their population.

In fact, just days after Pfizer shared positive early results of its coronavirus vaccine, “mass purchases of the vaccine by the world’s richest countries left more than 85 percent of the global population—namely, the world’s poorest—without any way to access it.”

Canada has aligned with the United States, Switzerland and the European Union and Big Pharma on an issue that could save many lives. Hopefully, growing criticism will prompt Ottawa to shift its position but the Canadian government has long supported strengthening (anti-free market) intellectual property rights in international trade forums. More generally, Canada usually aligns itself with the demands of the richest countries at the WTO.

Recent protests in India inadvertently shone a light on this issue. Over the past week farmers in India have launched massive protests against a bid to deregulate crop pricing. While Prime Minister Justin Trudeau spoke in favour of the general strike, the Indian media has pointed out that Canada has consistently sought to undercut India’s minimum support price (MSP) for small farmers at the WTO. In a story titled “Hello Canada! Trudeau support to India’s farm protests contradict Canada’s WTO stand,” Business Today reported that over the past four years Canada has raised 65 “questions” against India’s agricultural policies at the WTO’s Committee on Agriculture. Canada’s criticisms focused on “India’s MSP-based market price support policies for agriculture products to India’s public stockholding programmes for food security to India’s trade policies on pulses.”

At the WTO, Canada is a member of the Cairns Group of agriculture exporters, whose “objective in WTO negotiations is to seek increased market access in countries like India.” In order to expand their exports, member nations in the Cairns Group push to eliminate supports for small-scale local agricultural producers.

Through the WTO Canada has also recently challenged EU restrictions on gene-edited crops. In July 2018 the European Court of Justice ruled that agricultural gene editing should be regulated under the EU’s genetically modified organisms protocols. In response Canada, the U.S. and 11 other countries criticized EU farm product regulations at the WTO. They claimed that exports with a low-level presence of gene-edited crop should not be restricted even if the product was unapproved in the recipient nation. Changing food at the molecular level, gene-editing is used to modify the flavour or texture of fruits. Big agricultural firms such as Monsanto/Bayer promote gene-editing partly to tighten their grip over the food supply. But there are unresolved questions about the long-term effects of gene-edited organisms on human health and the environment.

Prior to the pandemic Ottawa coordinated a bid to reform the WTO in a manner that reinforced global inequities. In October 2018 then-international trade minister Jim Carr created a coalition of 13 WTO members (Japan, Australia, Brazil, Chile, Kenya, Mexico, Singapore, New Zealand, South Korea, Norway, Switzerland and the European Union). The group met in Ottawa amidst trade tensions between the U.S. and China and while Donald Trump was criticizing the WTO. The aim of the initiative was to find an agreement on WTO reform that could later be brought to the institution’s broader membership.

The spokesperson for the African Group, South Africa’s envoy to the WTO, Xavier Carim, criticized the Canadian-led scheme. “When we look at these proposals, we see them as making the imbalance that we have even worse,” he said. “They should make it difficult for developing countries to advance.” Carim said the African Group wanted greater policy space to industrialize and reforms to agricultural trade distortions.

Why is the Trudeau government not supporting this sensible policy to help the people living in the poorest continent in the Global South?

This is likely because Ottawa is in thrall to big business and the interests of the already wealthy.

Surely, ending the COVID-19 pandemic must be a top priority. The faster the entire world’s population is vaccinated, the better off we all will be.

Sensible people should demand that the COVID-19 vaccine be available to all. After all, the cure belongs to humanity, not a handful of wealthy nations.