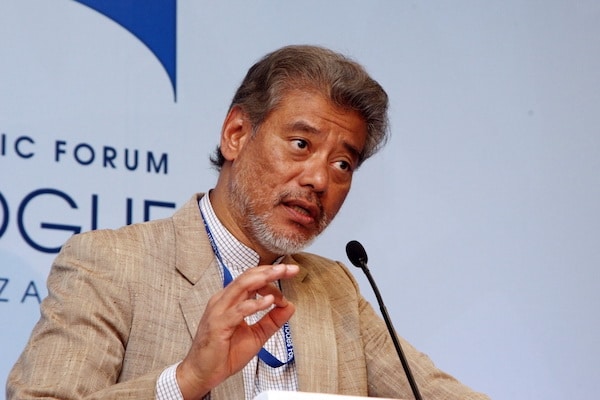 Goodbye 2020, but unfortunately, not good riddance, as we all have to live with its legacy. It has been a disastrous year for much of the world for various reasons, Elizabeth II’s annus horribilis. The crisis has exposed previously unacknowledged realities, including frailties and vulnerabilities.

For many countries, the tragedy is all the greater as some leaders had set national aspirations for 2020, suggested by the number’s association with perfect vision. But their failures are no reason to reject national projects. As Helen Keller, the deaf and blind author activist, noted a century ago, “The only thing worse than being blind is having sight, but no vision.

After JFK’s assassination in November 1963 ended U.S. opposition to Western intervention in Indonesia, President Sukarno warned his nation in August 1964 that it would be ‘living dangerously’, vivere pericoloso, in the year ahead. A year later, a bloody Western-backed military coup had deposed him, taking up to a million lives, with many more ruined.

Lacklustre economic growth after the 2009 Great Recession has been worsened in recent years by growing international tensions largely associated with U.S.-China relations, Brexit and slowing U.S. and world growth although stock markets continued to bubble.

Economic growth has slowed unevenly, with Asia slowing less than Europe, Latin America and even the U.S. With effective early pre-emptive measures, much of East Asia began to recover before mid-2020. Meanwhile, most other economies slowed, although some picked up later, thanks to successful initial contagion containment as well as adequate relief and recovery measures.

International trade has been picking up rapidly, accelerating rebounds in heavily trading economies. Commodity prices, except for fossil fuels, have largely recovered, perhaps due to major financial investments by investment banks and hedge funds, buoying stock and commodity prices since late March.

While many governments initially provided some relief, these have generally been more modest and temporary in developing countries. Past budget deficits, debt, tax incentives and the need for good credit ratings have all been invoked to justify spending cuts and fiscal consolidation.

Meanwhile, pandemic relief funds have been abused by corporations, typically at the expense of less influential victims with more modest, vulnerable and precarious livelihoods. Many of the super-rich got even richer, with the US’s 651 billionaires making over US$1 trillion.

On the pretext of saving or making jobs, existing social, including job protection has been eroded. But despite hopes raised by vaccine development, the crisis is still far from over.

Don’t cry for me, says Argentina

Meanwhile, intellectual property blocks more affordable production for all. Pharmaceutical companies insist that without the exhorbitant monopoly profits from intellectual property, needed tests, treatments and vaccines would never be developed. Meanwhile, a proposed patent waiver for COVID-19 vaccines has been blocked by the U.S. and its rich allies at the World Trade Organization (WTO).

Hence, mass vaccination is likely to be very uneven and limited by intellectual property, national strategic considerations (‘vaccine nationalism’), prohibitive costs, fiscal and other constraints. Already, the rich have booked up almost all early vaccine supplies.

But despite the urgent need for more fiscal resources, we are told that if the richest are required to pay more taxes, even on windfall profits, they will have no incentive to ‘save’ the rest of us. Nevertheless, new wealth taxes have just passed in Argentina.

This time is different

First you worry about fighting the war, then you figure out how to pay for it.

Nobel laureate Amartya Sen is concerned that “in the policies against the present pandemic, equity has not been a particularly noticeable priority… Instead, the focus has been on drastic control and sudden lockdowns…with little attention paid to labourers who lose their jobs or the many migrant workers, the poorest of the poor, who are kept hundreds of miles from their homes”.

COVID-19 may still bring major reforms, such as Roosevelt’s New Deal response to the Great Depression. But now, it seems likely to usher in a world where insecurity and unpredictability define the new normal. While professing to protect victims’ interests, ethno-populism blames ‘Others’ as the enemy responsible.

Still, many hope for a silver lining. Sen suggests that “a better society can emerge from the lockdowns”, as happened after World War Two, with greater welfare state provisioning and labour protections in much of the West and agrarian reforms in East Asia. But there is nothing to guarantee a better ‘new normal’.

For many, Joe Biden’s election to succeed Trump is being celebrated as a resurgent triumph for neoliberalism, enabling the U.S. and the rest of the world to return to ‘business as usual’.

Incredibly, another Nobel laureate Michael Spence has even called for structural adjustment programme conditionalities for countries seeking help from the Bank and Fund, repudiating the Bank’s Growth Commission he once chaired, i.e., which found that seemingly fair, often well-intentioned conditionalities had resulted in “lost decades” of development.

But thankfully, there is widespread recognition that all is not well in the world neoliberalism and Western dominance created. Incredibly, Klaus Schwab, transnational capitalism’s high priest, has conceded,

the neoliberalist… approach centers on the notion that the market knows best, that the ‘business of business is business’… Those dogmatic beliefs have proved wrong.

Instead, he advised, “We must move on from neoliberalism in the post-COVID era”, recognizing:

Free-market fundamentalism has eroded worker rights and economic security, triggered a deregulatory race to the bottom and ruinous tax competition, and enabled the emergence of massive new global monopolies. Trade, taxation, and competition rules that reflect decades of neoliberal influence will now have to be revised.

Will we ever learn?

The philosopher Santayana once warned, “Those who cannot remember the past are condemned to repeat it.” Hegel had observed earlier that history repeats itself, to which Marx added, “the first time as tragedy, the second time as farce”. Nevertheless, hope remains an incurable disease that keeps us all striving and struggling.

As FDR reminded his supporters, no progressive policies will come about simply by relying on the goodwill of those in authority. Instead, they will only be enacted and implemented thanks to popular pressure from below. As Ben Phillips has put it,

the story of 2021 has not yet been written: we can write it; we can right it.