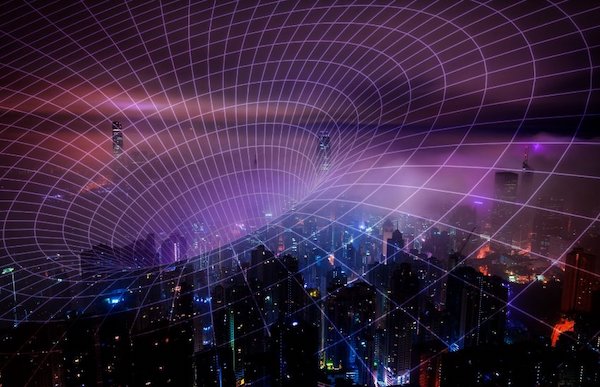 Elon Musk has been pronounced the wealthiest person on earth, slightly overtaking Jeff Bezos. Musk is known for his unhinged outbursts online and generally bizarre behaviour. In this respect, he epitomises the increasing craziness of capitalism.

Even the fact that this has received so much discussion at a time of planetary crisis reveals the narrow focus of capital.

But it is telling that the wealthiest figures tend to be tech capitalists. The top nine wealthiest people include in their ranks: Elon Musk, Jeff Bezos, Bill Gates, Mark Zuckerberg and Larry Page. Their obscene, excessive wealth points to the tensions within private ownership of the means of production, where competition leads to monopolies and oligopolies.

In 2019, even Business Insider reported with a note of horror that: “Bezos’ rate is equivalent to US$149,353 a minute. To put things in perspective, Bezos makes more than three times what the median U.S. worker makes in year—US$45,552, according to data by the Bureau of Labour Statistics–in one minute.”

This level of entrenched inequality tells us something about how destructive and irrational capitalism is. Profits have subsequently soared for Big Tech, such as Amazon, amid the global pandemic and the deepest recession since the Second World War.

Digital technology has a profound effect on workers during COVID-19.

From Amazon warehouses with unsafe conditions to an increased workload that comes from working from home, we see that it is the capitalist elite that benefits from digital accumulation.

The fact is that those who harvest our data and profit from surveilling us are rewarded, while many lives and livelihoods have been lost.

Despite the celebration about working from home, the increased flexibility is more for the employer than the employees, with people now working longer hours.

Marx and Engels are more useful than ever in understanding these developments.

Already in Capital, Marx notes how technology doesn’t really make life easier for workers. He quotes John Stuart Mill’s observation that “It is questionable if all the mechanical inventions yet made have lightened the day’s toil of any human being.”

Marx’s reply? They are not meant to.

Marx writes that “like every other increase in the productiveness of labour, machinery is intended to cheapen commodities and, by shortening that portion of the working day, in which the labourer works for himself, to lengthen the other portion that he gives, without an equivalent, to the capitalist”.

In his 1878 book Anti-Dühring, Engels quotes Marx to describe the way machinery threatens and coerces workers. “Machinery becomes the most powerful weapon in the war of capital against the working class; that the instruments of labour constantly tear the means of subsistence out of the hands of the labourer, that the very product of the worker is turned into an instrument for his subjugation.”

For Marx and Engels an emphasis on the commons–resources which ought to be accessible to all–was needed.

As Engels noted, communism is the community ownership of the means of production.

This contrasts with a tech capitalist approach, which affirms the role of the visionary. Musk is representative of the supposed ecologically minded capitalist. He promotes electric cars as much out of their futuristic coolness as their environmental friendliness, and positions gadgetry as the answer to ecological problems.

He frames himself as a saviour of the planet, but also as a saviour of humanity from the planet through his science fiction plan of colonising Mars. In such a vision, workers are either replaced by robots or service robots.

Against this tech capitalist dream, communist and socialist theoreticians as different as Álvaro García Linera (who served as Vice President of Bolivia under Evo Morales), Jodi Dean and Slavoj Žižek stress there needs to be a renewed emphasis on the commons to provide an opportunity for the left to promote its program of collective ownership.

As Linera stated: “It is capitalism’s fundamental contradiction that it generates the possibility of a future society that is not capitalist. It is the possibility of a communist horizon that can save humanity from ecological disaster, save rural communities from destruction and liberate scientific knowledge from the prison of private appropriation.”

While it was once common to think of everything online as free–a kind of nature yet to be colonised–we have woken up to the fact that our data is mined and harvested and that the internet is owned by capital. Technologies that were publicly funded have been commoditised to garner private profit.

More and more, people own less and less when it comes to digital technology: we’re no longer just forced to rent land, but also apps such as Word and Photoshop. We generate content online that benefit corporations, a process that the political scientist Jodi Dean has framed as “proletarianisation”. The spaces cultivated online by users have proffered new resources for capitalists to extract profit from.

This privatisation of communication technologies has had serious consequences for society as a whole.

We all now know how algorithms designed to generate profit have led to online reactionary clusters and echo chambers in what Yannis Varoufakis calls “the postmodern 1930s”. This tendency may intensify as more people work from home and online, and facilitate the spread of right-wing conspiracy theories.

Meanwhile, neo-feudalist themes are emerging in theoretical and popular discourses, with Dean noting how technology enables online spaces to be understood along the contours of “peasants and lords of the internet”.

These contradictions give rise to a concern that capitalism may birth a worse system.

The internet has become a new type of nature, dubbed the “digital commons”, which most of us depend on to survive, especially with COVID-19 lockdowns.

As a new nature, the internet also provides new forms of control that threaten to swallow liberal bourgeois democracy whole.

Yet this new nature remains intimately connected to the old nature.

Media theorist Sean Cubitt in his Finite Media emphasises the material processes involved in conjuring seemingly immaterial spaces: cables tunnelled under the seas provide us with virtual connections; data requires material storage facilities; resources are required to power such technology and huge server farms all pose as challenges to a green future.

All this is largely hidden from view, but our virtual territories take up actual territory, and depend on mineral extraction.

Indeed, Musk boasted on Twitter about the United States-backed coup in Bolivia being connected to lithium reserves, proclaiming: “We will coup whoever we want! Deal with it.”

Thankfully, the people of Bolivia did and returned the Movement Towards Socialism (MAS) to office.

While much remains obscure about the internet and its shady owners, it is clear as day that the control of the technology cannot be entrusted to capitalists. To resist and overcome capitalism, ecosocialists must mobilise in the name of common ownership.

We ignore the relationship between digital technology and the environment at our peril.