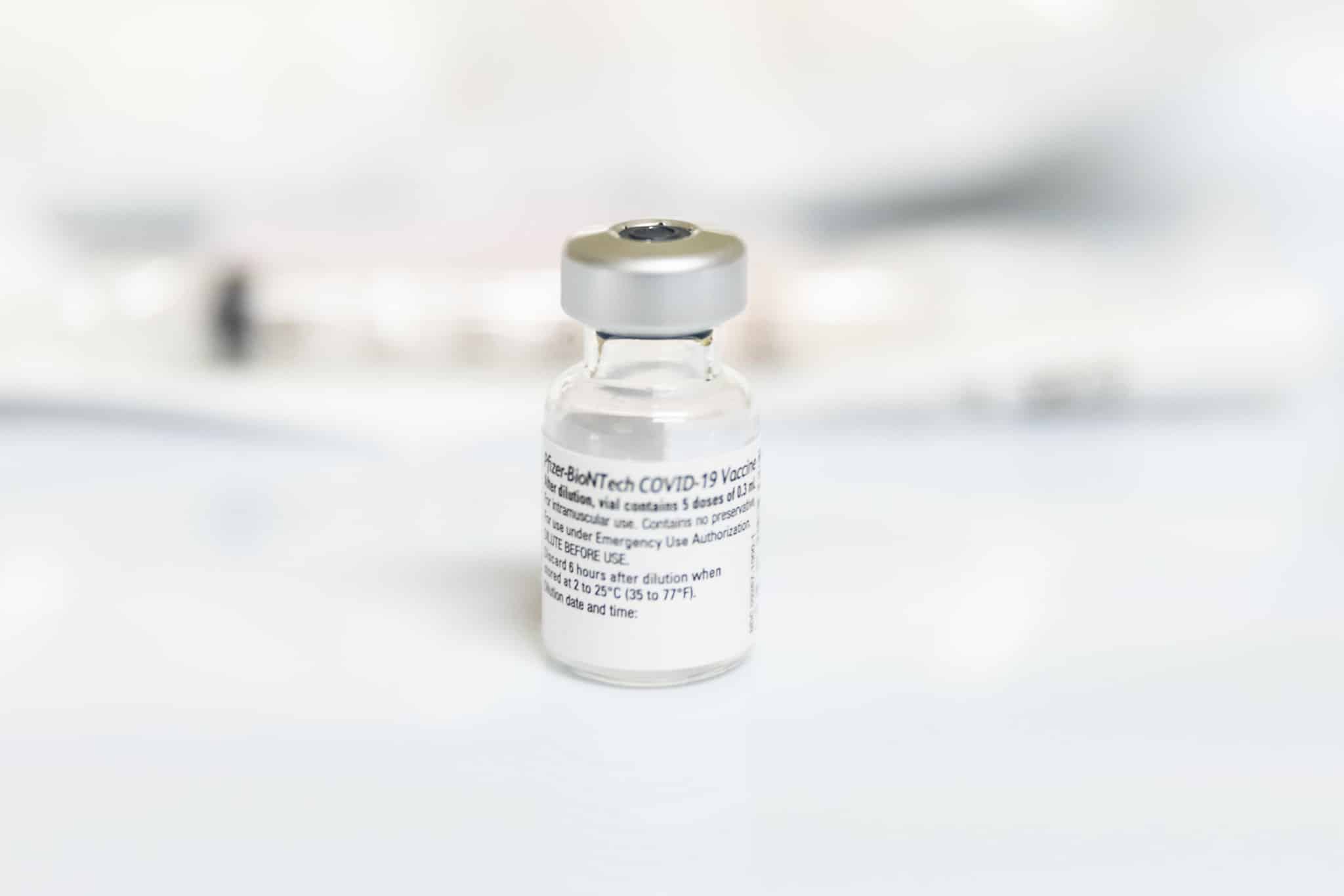 A covid-19 vaccine will be a precious resource. Unless we have an international plan to manage it fairly, there will be unnecessary price spikes, with unneeded hoarding in some places and life-threatening shortages in others.

Even today, we don’t have an international plan, reflected in the North-South divide over the distribution of COVID-19 vaccine. The rich countries, with 14% of the world’s population, have already bought up 53% of the eight most promising vaccines (enough to protect some populations several times over). However, in doing so, they have left less for others—the poorest countries, with a combined population of 1.7 billion people, have not yet signed a single bilateral vaccine deal. Global competition for vaccine doses could also lead to prices spiking exponentially in comparison to a collaborative effort.

One of the major reasons why the Global South is unable to obtain sufficient number of vaccines is due to the constraining effects of patents. In the last few decades, patents have triggered a downward spiral and loss of public-sector manufacturing capacity as autonomous production has given way in the face of free market ideology and the transnational power of the trillion-dollar global biopharmaceutical industry.

A patent grants an exclusive right to the innovator, thereby placing them in a situation of monopoly. Once issued, third parties wishing to make, use, offer for sale, sell or import a patented product cannot do so in jurisdictions covered by a patent unless they receive authorization from the patent-holder. Such authorization usually comes with a price tag, as pharmaceutical companies are set up to make a profit. That price tag is often a problem for low and middle-income countries (LIMCs), where having access to those medicines is a matter of public interest.

Patent law—based on “winner-take-all” rationality—presents formidable barriers to urgent development of needed health technologies by disincentivizing the timely disclosure of useful research results. It discourages the sharing of unpatentable insights that may potentially lead to patentable treatments with further work. Moreover, the exclusive rights granted to patent owners negatively impact the affordable and universal supply of innovative health technologies by allowing supra-competitive pricing and by imposing restrictions on massive-scale manufacturing across the globe.

With the help of patents, pharmaceutical companies have gained concentrated clout, creating the potential for structural bias within the Research and Development (R&D) process. This concern gives rise to broad-based questions relating to decision-making power: whether during grave public health emergencies, decisions about the development of and access to potentially life-saving treatments should be left to laissez-faire economic principles.

There is a clear conflict of interest when relying on private companies to solve public health needs. Companies are required to maximize value for their shareholders, but this approach may be flawed at normal times and decidedly more hazardous during health crises when the provision of public goods is needed. To take an example, beginning in the 1980s, private corporations developed antiretroviral drugs with massive government funding and public investments. Hungry for profits, pharmaceutical companies used their market monopoly to set the drug prices at $15,000—20,000 per patient per year, depriving millions of HIV/AIDS patients in the developing world of the available remedy. Extensive global campaigning and international action eventually allowed manufacturers to make generic versions available at a price as low as $75 per patient per year.

Most of the COVID-19 vaccines have been completely funded either by governments, through tax-payer money or by crowdfunding. Hence, the high prices set up by pharmaceutical companies in the current period are clearly unreasonable considering that most of the R&D costs have been borne by other entities.

To overcome the problems posed by patents, a number of initiatives have been started. The first is the new COVID-19 Vaccine Global Access Facility (COVAX), led by Gavi, the Vaccine Alliance (Gavi), the Coalition for Epidemic Preparedness Innovations (CEPI), and the WHO. Acknowledging that bilateral deals cannot be prevented, since rich nations will inevitably act in their self-interest, it encourages these nations also to participate in COVAX to “guarantee rapid, fair and equitable access to COVID-19 vaccines worldwide”.

Whether COVAX succeeds or fails depends in large part on how many and which wealthier nations agree to participate in the mechanism, and on whether bilateral deals end up crowding out global vaccine supply. In September 2020, 76 rich countries—excluding the US—had signed financially binding commitments. Despite funding COVAX, wealthy developed nations—including Britain, the US, France, Germany and Canada—are simultaneously striking under-the-table deals with vaccine companies, limiting the available supply for those nations with a tighter budget.

COVAX aims to procure 2 billion doses of vaccine and to share them equally between high-income countries and LIMCs. However, the COVAX Facility has reserved only 1 billion vaccine doses so far. By comparison, 35 countries have reserved 6 billion doses for themselves, through bilateral deals with pharmaceutical companies.

The second initiative developed to ensure an equitable distribution of vaccines is the COVID-19 Technology Access Pool (C-TAP). On March 23, 2020, in the context of fast spreading COVID-19 pandemic, the Costa Rican President Carlos Alvarado and the Health Minister Daniel Peraza submitted a proposal to Tedros Adhanom for the creation of a global pooling mechanism. Costa Rica proposed that the suggested repository or pool “should include existing and future rights in patented inventions and designs, as well as rights in regulatory test data, know-how, cell lines, copyrights and blue prints for manufacturing diagnostic tests, devices, drugs, or vaccines”. The global pooling mechanism “should provide free access or licensing on reasonable and affordable terms, in every member country”.

On May 29, 2020, at a digital event, the WHO and Costa Rica officially launched the platform as C-TAP. According to WHO press release, the platform pools data, knowledge and intellectual property for existing or new COVID-19 health products to deliver ‘global public goods’ for all people and all countries. This platform will share science and data and hence support participating entities to access information they need to produce the technologies.

C-TAP is a sister initiative to the Access to COVID-19 Tools (ACT) Accelerator. It is built on the already existing Medicines Patent Pool (MPP), a UN mechanism funded by Unitaid, that pools voluntarily released patents for essential medicines and then licenses these patents to generic manufacturers. So far, only 40 countries—most of them part of the third world—have endorsed C-TAP’s solidarity call to action. C-TAP is plagued by the same problem as COVAX: the entire project is based on the magnanimity of the Global North. Since all the techno-scientific knowledge, tools and patents are in the hands of a select few monopolies of rich countries, C-TAP—due to its purely voluntary nature—is constantly at the mercy of those monopolies, which may or may not choose to provide it with requisite resources.

The Waiver of Intellectual Property Rights

The third initiative advanced for global vaccine distribution is the waiver of Intellectual Property Rights (IPRs) proposed by India and South Africa in October 2020 before the World Trade Organization (WTO). Fearing that IPRs might hinder timely provisioning of medical products to patients, the countries asked for a temporary waiver of patent obligations under the agreement Trade-Related Aspects of Intellectual Property Rights (TRIPS) for COVID-19 vaccines so that countries can produce generic versions of those vaccines.

The pharmaceutical industry and many Global North countries – the US, Britain, EU, Canada, Switzerland, Norway, Australia, Brazil and Japan – strongly opposed the move. A legal reason cited by rich countries for opposing the proposal was that the TRIPS Agreement already has flexibility protocols (Article 31bis) to combat public health emergencies, such as compulsory licensing. Compulsory licensing ensures the use of a patent without authorization from the patent holder in cases of national emergency and for non-commercial public health use, thus allowing governments to make generic versions of medications without the patent holder’s consent.

However, it is insufficient for three reasons. Firstly, Article 31(h) of the TRIPS agreement stipulates that an “adequate remuneration” is still to be paid to the patent holder in accordance with the economic value of the authorization. However, TRIPS does not provide the exact definition of what is “adequate” and how to calculate the “economic value” of the authorization. Secondly, the proviso of compulsory licensing place limits on large-scale production and mass-inoculation—manufacturers being able to produce predefined quantities in each compulsory license. Thirdly, obtaining a compulsory license carries the threat of retaliation from pharmaceutical companies and developed countries that have authorized the license. When such retaliation comes—whether in the form of trade sanctions or refusal to sell essential medicinal inputs—the benefits gained from cheaper medications are instantly eliminated.

Developing a safe, effective vaccine alone will not be enough to end the pandemic. The vaccine must also be delivered globally at a price affordable to all governments and allocated in a way that achieves equity. In previous pandemics, these goals were not achieved. For example, in the 2009 influenza A (H1N1) pandemic, rich countries monopolized the vaccine supply; LIMCs received fewer doses much later in the pandemic.

The suggestion to suspend IPRs related to COVID-19 is the most appropriate solution to our current situation of global vaccine apartheid. It presents the Global South with a well-structured framework for an independent initiative. Unlike COVAX or C-TAP, it is not dependent on the good-will of the Global North and thus, avoids the solidification of relations of subordination. Moreover, it is premised on the moral argument that absolutely essential medications should not be patented or profiteered from by pharmaceutical companies.

When the famed US television broadcaster Edward R. Murrow asked Jonas Salk, the discoverer of the polio vaccine, who owned the patent, Salk replied “Well, the people, I would say. There is no patent. Could you patent the sun?” Today, capitalist commodification has reached into the microcosm, patenting genomes and claiming organisms as someone’s “property”. Given time and opportunity, it will even patent the sun.