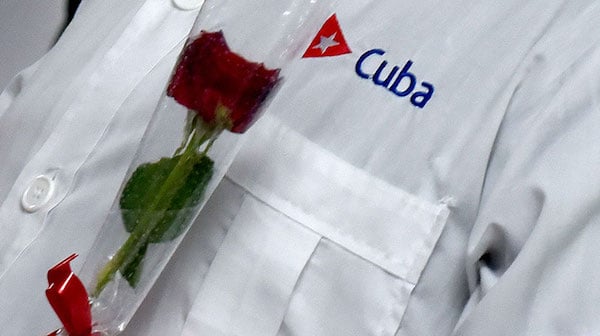 In the six decades of Cuban medical collaboration abroad, its health personnel have assisted 1.988 billion people in the world, almost a third of mankind, said Dr. Jorge Delgado Bustillo, director of the Central Unit for Medical Cooperation (UCCM).

Delgado Bustillo also assured that Cuban doctors have performed more than 14,500,000 surgical operations, 4,470,000 deliveries and have saved 8,700,000 lives, results that increase the prestige of Cuban medicine in the international arena.

Currently, when the COVID-19 pandemic causes the death of thousands of people every day, more than 30,407 Cuban health professionals are in 66 nations, distributed in permanent medical brigades and the Henry Reeve Contingent.

He pointed out that at the request of governments, this force arrived for the first time in Europe, in the Italian region of Lombardy and the city of Turin; it was also in the Principality of Andorra and in dozens of countries in Latin America and the Caribbean, Africa, Asia and the Middle East.
He also mentioned that out of the 56 brigades that were created to fight SARS-CoV-2, 25 are active, with around 2,500 collaborators.

The UCCM director affirmed that this is not the first time Cuba has taken the lead in this health emergency, and recalled its presence after the earthquake in Pakistan in 2005, and in 2010 during another earthquake in Haiti and the cholera epidemic, when Cuban doctors were the first to attend to the victims and identify the disease in that country.

There were also 265 of our professionals in Sierra Leone, Liberia and Guinea Conakry, during the Ebola epidemic in 2014, while from Cuba another 12,000 volunteers were ready to fulfill that mission, the official stressed.
Delgado Bustillo remarked that the island has thousands of health professionals who voluntarily go to the most distant nations and under the most difficult conditions, without any pressure, since it is a spontaneous decision of each one of them.

The fraternal history with other nations dates back to 1960, when an emergency brigade went to Chile to help the victims of an earthquake of 9.5 on the Richter scale in the southern city of Valdivia, the largest earthquake ever registered in history.

Three years later, Cuban medical collaboration officially began with the sending of permanent brigades to the People’s Democratic Republic of Algeria, a nation that had achieved its independence after the end of an anti-colonial war with France.
Since then, Cuba has been present in more than 150 countries with more than 420,000 health professionals.