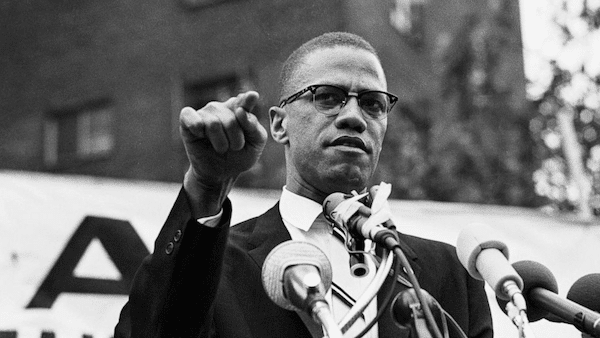 Fifty-six years after the assasination of Malcolm X, new details from a former New York Police Department officer’s deathbed confession has further implicated the NYPD and FBI in the killing. Raymond Wood, the former NYPD officer, requested the letter be publicized only after his death due to fears of retaliation. Wood’s cousin, Reggie Wood, read out the letter’s contents in a press conference held in New York City on Saturday. Malcolm X’s family has demanded that the investigation of his murder be reopened.

Malcolm X, an iconic revolutionary and fighter for Black liberation, was assassinated on February 21, 1965, in the Audubon Ballroom in Harlem. Three men were tried and sentenced to prison for their role in the murder, but the official investigation has always been criticized for its failure to scrutinize the role of the government.

Wood’s letter claims that the NYPD and the FBI conspired to cover up the details of Malcolm X’s killing. “I participated in actions that in hindsight were deplorable and detrimental to the advancement of my own Black people. My actions on behalf of the New York City Police Department were done under duress and fear,” the letter stated.

Without any training, Wood’s job was to infiltrate civil rights organizations and encourage leaders and members to commit felonious acts. He was also tasked with ensuring that Malcolm X’s security detail was arrested days prior to the assassination, guaranteeing Malcolm X didn’t have door security while at the Audubon Ballroom.

This evidence of FBI involvement in conjunction with local police departments is hardly without precedent. This is a part of a larger pattern, which includes the infamous Counter-Intelligence Program, also known as COINTELPRO. COINTELPRO was established in 1956 targeting the Communist Party and grew to have a particular focus on destroying the Black liberation movement. The FBI accomplished this through illegal wiretapping, surveillance, harassment, spreading false rumors, and even assassinations.

This revelation comes at an important time, particularly in the wake of renewed public consciousness about the murder of leading Black Panther Fred Hampton, who was also killed by the FBI and Chicago police in 1969. The FBI is also widely believed to have been involved in the assassination of Dr. Martin Luther King Jr. in 1968.

The FBI has a long history of disrupting progressive movements using all possible underhanded and illegal tactics in their arsenal. Despite its attempts at rehabilitating its image, this institution continues to be an incredibly repressive force protecting the interests of the United States government against all those who seek a better, more just world.