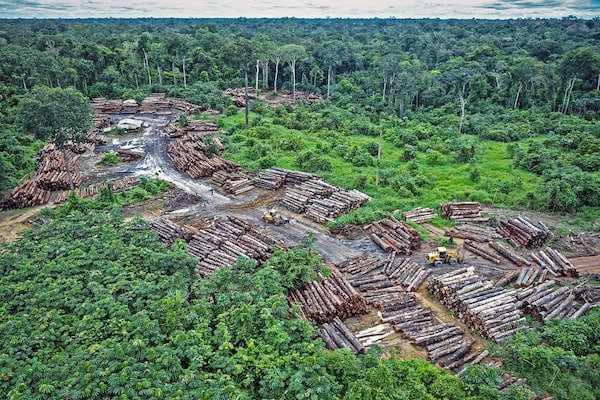 We have long ignored the consequences of our actions because the climate crisis played out in slow motion. But after unprecedented heat spells and fires, and an unprecedented increase in diseases and pandemics, we can no longer pretend Earth can heal itself.

The United Nations Environment Programme released a report, Making Peace with Nature: A scientific blueprint to tackle the climate, biodiversity and pollution emergencies, on 18 February 2021, which once again implored our collective conscience to reflect on humankind’s relentless destruction of the environment, and to change course.

The report details the consequences of three interlinked environmental emergencies – climate crisis, biodiversity loss and pollution – and makes the case for collective global action to at least repair some of the damage we have done to the environment.

At the launch of the report, UN Secretary-General António Guterres said that “governments and people need to understand in their very DNA that all environmental, social and economic challenges are interlinked… and they must be tackled together”. He added that “we must put the health of the planet at the centre of all our plans and policies. The economics are clear.”

Humans have visited a right royal bashing on pretty much every square kilometre of global real estate. We have dug deep into the bowels of Earth and turned them inside out, dumped millions of litres of toxic liquid into rivers and aquifers and polluted the oceans with plastic. We didn’t stop there, no! Our destructive tendencies have also ventured into space where our junk orbits Earth.

The prevailing social Darwinist accumulation model has become some sort of high altar at which we all worship in our frenetic race to what we perceive as the top.

We know how it all began. Starting from the Industrial Revolution, humans invented Fordist production lines and incredibly destructive fossil-energy and food regimes which transformed nature into what was believed by prophets of eternal growth to be an inexhaustible reservoir from which we could take without giving back.

We set up mines in faraway places. We invented slavery and proletarianised indigenous communities that did not have any real connection with global financial systems. Thus began the metabolic rift.

Deregulation (Margaret Thatcher and others insisted “there is no alternative”) and Washington Consensus policies, driven largely by G20 countries, located production lines in poor countries where the most vulnerable people live, to exploit cheap labour, with the profits invariably flowing back to the global north.

The plunder has been unrelenting. The world-systems theory dictates that poor nations adopt exploitative laws and accept large-scale ecocide to become rich countries in their own right. Too often, a sliver of the population gets rich while the majority inherit the externalities of this hara-kiri: unproductive lands, polluted waters, cancer, settlements in flood-prone areas, persistent poverty, wars…

Every day, entrepreneurs in Brazil cut down more of the Amazon to produce cheap soybeans for animals in Europe and America. Vietnam, Indonesia and Malaysia tear up their forests to produce cheap coffee and palm oil for the world.

In Africa, South Africa, Egypt, Morocco, Nigeria and Algeria dump more than one trillion metric tons of carbon into the atmosphere every year. The oilfields of the Niger Delta have become wastelands as poor and marginalised young people set up illegal bush refineries to get in on the oil action which has generally benefited only the military top brass and the political class. The eastern Democratic Republic of the Congo has become a killing field as armed groups set up shop to seize control of the cobalt trade.

What are the consequences of mass destruction of ecosystems by man? Consider these statistics from the Making Peace with Nature document. Since 1970:

The past five years have been the hottest on record. Many parts of the world have witnessed unprecedented natural events including floods, cyclones and droughts.

As the natural habitat of many species shrinks due to our insatiable appetite for raw materials and cheap food, we are coming into contact with more diseases and without urgent action, Covid-19-style shutdowns will become common.

The loss of pollinators (insects, birds, animals) is threatening more than $1-trillion worth of crop output. The malaria belt has expanded further south into South Africa and farmers are dealing with more crop failures than usual.

Last week, the state of Texas, which had long ignored the call to weatherise its power networks in the face of climate change, was completely shut down for days and more than four million people went without power for a full week. Even Cancun Cruz now agrees that climate change is real.

Still, it is not too late. We have long ignored the consequences of our actions because climate change played out in slow motion, but after unprecedented heat spells, unprecedented fires in California and Australia, unprecedented increase in diseases and pandemics (Ebola, Zika, MERS-COV, SARS-CoV-2, Covid-19), we can no longer pretend Earth can heal itself. We must change our suicidal ways – and we must act together.

The Making Peace with Nature report encourages nations to “adopt plans and goals consistent with the Paris Agreement for transitioning to net-zero carbon dioxide emissions by 2050, cutting emissions by 45% by 2030 compared with 2010”.

And we must “put a price on carbon, phase out fossil fuel finance and end fossil fuel subsidies, stop building new coal power plants and advance adaptation and resilience to climate change”.

We need to recognise that a healthy environment is a basic human right. This is really the foundation of climate justice: people have a right to clean air, clean water, a clean environment, clean food and so on.

We must understand that all plants and animals are important and must be protected. The world is a miracle and we generally do not spend a lot of time thinking about the billions of worms that turn the earth every day, the insects that pollinate our crops, the predators that keep certain populations under control, the birds that help spread seeds, etc.

We must review our development models. Current neoliberal trickle-down policies funnel all the profits to a few people and maintain the majority of the planet in poverty, often in unhealthy environments. New development models must ensure a just and equitable distribution of wealth. We can, for example, break away from the GDP obsession and explore degrowth as a way of distributing a greater share of opportunities and the national cake to more people.

We have to consume less, buy more from local value chains and spend more time in nature. Smallholder producers must receive more support, because theirs is a more sustainable type of agriculture – and they provide food for 70% of the world’s population. The onslaught against family or community-owned seed banks must stop.

Pope Francis writes in Laudato Si on Care for our Common Home that “where profits alone count, there can be no thinking about the rhythms of nature, its phases of decay and regeneration, or the complexity of ecosystems which may be gravely upset by human intervention”.

We have to reverse the metabolic rift.

He also writes that “as never before, common destiny beckons us to seek a new beginning… Let ours be a time remembered for the awakening of a new reverence for life, the firm resolve to achieve sustainability, the quickening of the struggle for justice and peace and the joyful celebration of life.”

Our relationship with nature has to change, starting today. DM